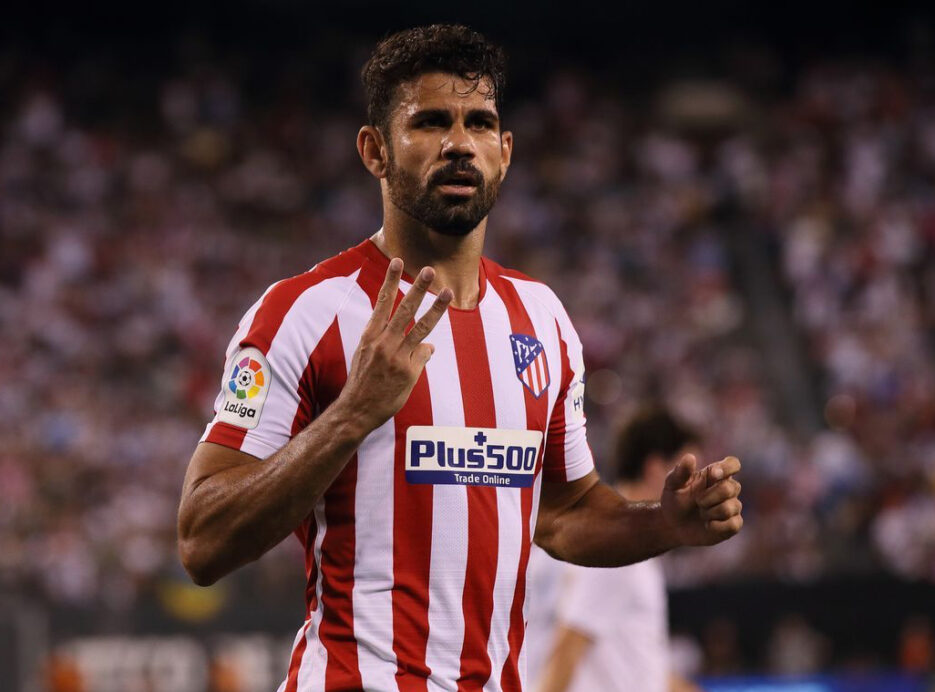 MetLife Stadium hosted Friday night’s ICC match between Spanish heavyweights Real Madrid and Atletico Madrid. A sea of white shirts filled a majority of the seats surrounding the pitch, with pockets of Atletico Madrid supporters scatters around them. The game was the first Madrid Derby to be played outside of Spain.

Having played two UEFA Champions League Finals against each other, with Los Blancos winning on both occasions, the game guaranteed to be an intense affair despite it being a friendly.

Real Madrid entered the field with shirts reading “Mucha Fuerza Marco” in support of Marco Asensio who sustained an ACL injury in their last match against Arsenal.

Atletico Madrid were in no mood for sympathy, scoring the opener in the first minute. Diego Costa scored thanks to a pass from new record signing, João Félix. Seven minutes later, Real Madrid found themselves in deep trouble as Félix scored a goal of his own.

A nightmare start for Los Merengues was only the beginning and their lack of intensity was exposed time and time again by their opponents.

“It’s true we found the first half to be complicated and difficult, and we never got going in the game. We lacked everything: intensity, everything. An intensity that’s necessary at this level,” Zinedine Zidane said in the post match press conference.

Three of those first half goals came from Costa who wasn’t quite done yet to say the least.

He scored a fourth before being sent off in typical Diego Costa fashion. Dani Carvajal kicked Thomas Lemar in clear frustration, which led to Costa retaliating and returning the favor. Both players were sent off.

Boos rang around the MetLife, seemingly targeted at goalkeeper Thibaut Courtois. Then the boos became chants as Real Madrid fans began singing “Keylor,” indicating where their support lay over who should be the club’s starting keeper in the season ahead.

In the second half Keylor Navas did come on and there was clear improvement from Zidane’s men as they won the second half 3-2, but ultimately the match ended in an astonishing 7-3 scoreline.

“We were really prepared for this game, we really knew where to hurt the opposition when we saw what Real Madrid had. We applied a lot of pressure and we were able to score from the many chances that we had,” said Diego Simeone when explaining how Atletico Madrid managed to win the game so comprehensively.

Yet, Saúl remained humble, remembering this is still preseason and sending a warning that his team is only going to improve.

“Yeah we enjoyed it a lot but, in the end it’s just a friendly. We wanted to show the work we’ve done during the preseason. Little by little, we’re going to get better,” the Spanish midfielder said.

Despite the heavy defeat, Zidane did remain positive when looking ahead to the season to come.

With such a dominant performance from Diego Simeone’s men, there are many Atletico Madrid players to choose from. However, the one player that stood out the most was the aforementioned Portuguese teenager, Félix. A goal and two assists against Los Colchoneros city rivals will go a long way in the acceptance into the hearts of their supporters.

The one highlight that stood out most was Ángel Correa’s goal. Facing towards the touchline, Koke’s first touch took him away from his marker and drew out two Real Madrid defenders, opening the space for a chipped pass for the Correa to score Atletico Madrid’s third goal. It was a marvelous piece of skill and a perfectly weighted ball from the Spaniard that created the best goal of the night.

“We have to quickly forget about this match,” Zidane said and that goes for the whole team.

Losing by four goals is one thing to be ashamed of, but losing with that margin against your city rivals is beyond embarrassing.

Luka Jović will want to forget the match for other reasons as he sustained an injury in the first half. The new addition to Real Madrid has played just 90 minutes between the team’s three friendlies so far with injuries derailing his preseason. Against Arsenal he was subbed off in the 16th minute to allow Raphael Varane to take Nacho’s place after he received a red card.