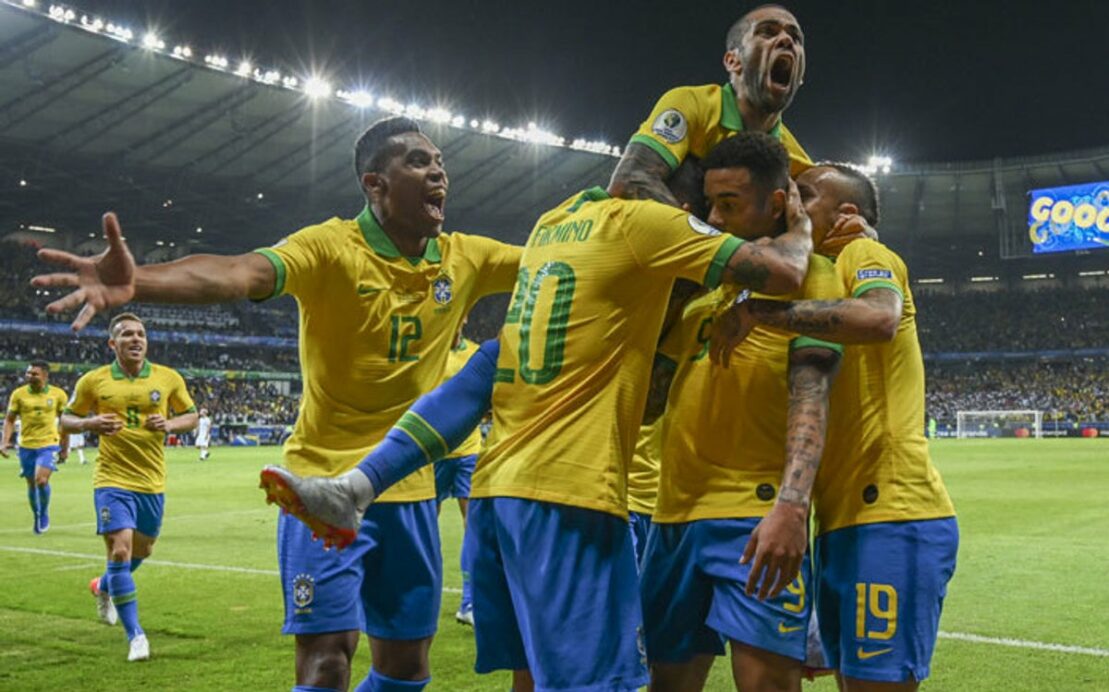 The 49th edition of CONMEBOL’s Copa América action came to a end on Sunday at Maracanã Stadium in Rio de Janeiro, Brazil where the heavily favored hosts took care of business against Peru to the tune of a 3-1 scoreline.

Despite enjoying an early lead courtesy of Everton Soares, the star-studded Brazil side did have a battle on its hands in the first half when defender Thiago Silva committed a handball in the box, prompting a Paolo Guerrero penalty kick to level the game.

However, Gabriel Jesus was able to polish off a chance set up by Arthur Melo in first-half extra time to keep things happy for Brazil.

A questionable second yellow in the 70th minute saw Jesus sent off in dramatic fashion as Peru found itself growing into the game in the minutes prior.

Unable to take advantage of the twenty-minute one-man advantage, Carlos Zambrano made matters worse for Peru when he made an ambitious challenge in the box on a charging Everton. From the penalty spot, Everton striker Richarlison buried the chance and the Brazilians were able to lift their ninth Copa trophy.

Like Jesus, Everton was involved in two of Brazil’s goals but managed to see out the entirety of the match.

Jesus’ second yellow sparked a real opportunity for Peru to get level with plenty of time to go.

Carlos Zambrano’s reckless challenge killed the dream for Peru who only trailed by one with an extra man advantage.