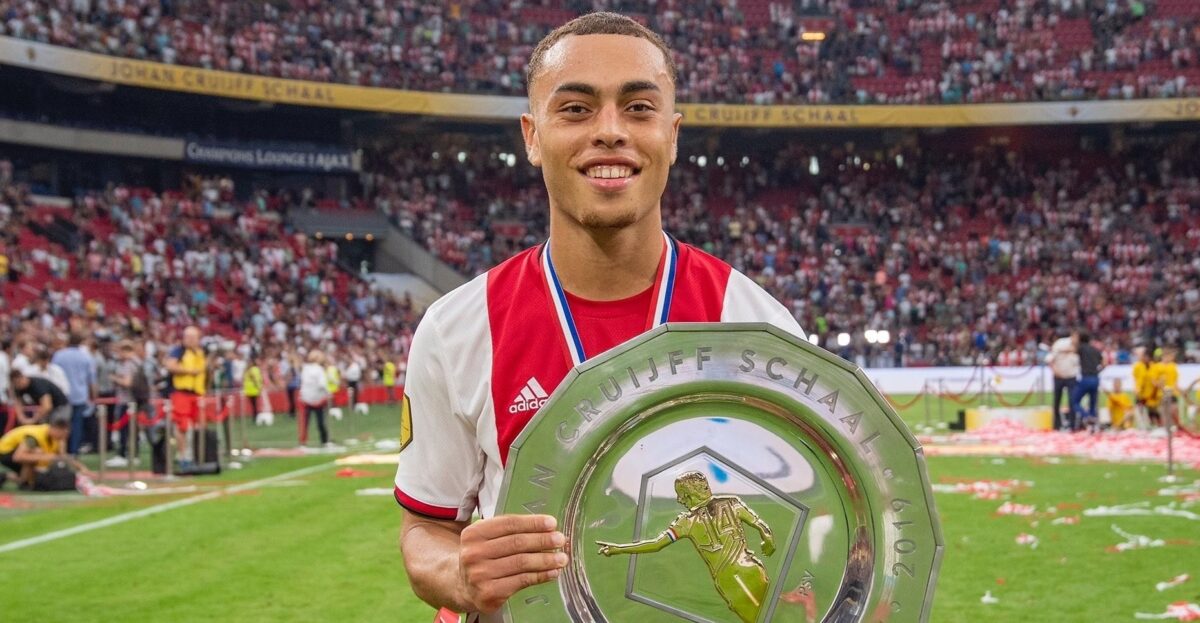 Sergino Dest not only made his first team competitive debut for Ajax on Saturday, but lifted his first trophy with the club.

The U.S. U-20 Men’s National Team wingback got the start and played 90 minutes in Ajax’s 2-0 win over PSV in the Dutch Super Cup. Not only was solid defensively, he came close to scoring his first senior team goal in the process. Even with the team now preparing for its Eredivisie opener on Aug. 3rd against Vitesse Arnhem, Dest won’t be forgetting his debut anytime soon.

“I’m very happy with my debut. I played a decent game, made a few mistakes, most of which were defensive mistakes. I learned some good lessons. I will keep this shirt at home somewhere. These moments are unforgettable,” Dest said in a postmatch interview.

“I enjoyed it so much on the pitch. This was my dream. The fans were truly amazing. I felt at home immediately when you hear them sing. Insane!”

Dest’s stock with Ajax has risen not only due to his strong preseason performances, but also with several players leaving this summer. After 18 appearances with Ajax II last season, Dest may be the next young player in line for a breakout debut season for the club.

A versatile wing back who can play either on the left or right side, Dest shined this summer with the U.S. U-20’s at the U-20 World Cup in Poland. Even though Ajax have lost a pair of stars to bigger clubs, Erik ten Hag’s side are expected to be in the race for another domestic double. Dest can only hope he continues to put in positive outings to keep his place in ten Hag’s starting XI for the longhaul of the season.

“Now I’m here at the first team, but it can change quickly of course,” Dest said. “I have to show that I can be part of this team. I have to keep developing like I’m doing now. I have to be patient and when I get my chance, I have to take it.”