From worst to second, Almeyda has Earthquakes on remarkable turnaround 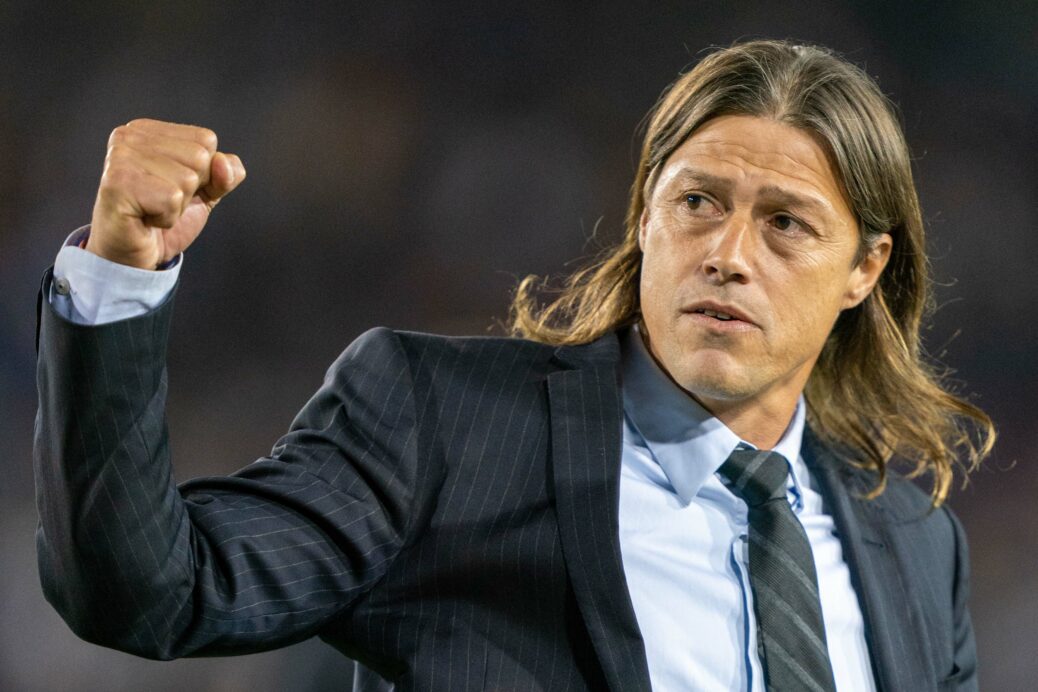 The San Jose Earthquakes started from the bottom, dug themselves a bit deeper, and now they’re here.

It’s not a “worst-to-first” type of story no matter how you spin it because LAFC has been so dominant on the pitch and in the standings. But the Cinderella story of the 2019 San Jose Earthquakes is the not-so-commonly told “worst-to-second” story.

The Earthquakes have become the talk of the league since their turnaround started in April. What started as a nice thing to see afrer San Jose beat Portland 3-0 back in April has turned into possibly one of the greatest turnaround stories in Major League Soccer so far.

San Jose is 9-3-4 since starting the season 0-4-1, and have won four of their last five entering Saturday’s road match at the Vancouver Whitecaps.

Where most other teams could get excited that they not only turned their season around but are currently four points clear of the playoff line (Earthquakes sit in fifth in the West at the moment at 31 points), new head coach Matias Almeyda is preaching balance and an even-keel attitude.

“We should not believe what was said before, or what they’re talking about now,” he said after San Jose’s 1-1 friendly draw against La Liga’s Real Valladolid Tuesday night. “We’re aware that we’re going in the right path. But we have to keep improving.”

Many questioned Almeyda’s methods early in the season, mocked his “four-year” plan and some even suggested he may ditch San Jose at the start of the season as the Quakes struggled with no hope in sight.

But, everyone that doubted him and the Quakes before is now singing his and the club’s praises. San Jose leapt from the bottom of the MLS Power Rankings early in the campaign, all the way to second place behind LAFC, who have manhandled the league since opening day.

And they’re not afraid to call out everyone who doubted them. Sort of.

If you don’t Then you
love me don’t deserve
at my: me at my: pic.twitter.com/chOPgSqCTA

Almeyda’s rebuild of San Jose didn’t start with a complete demolition of the roster. The club did finally unveil summer-signing Carlos Fierro before Tuesday night’s friendly.

In fact, the Earthquakes still have a big chunk of the 2018 roster that self-imploded and won just four games. It started with building a culture based on family and that renewed sense of atmosphere in San Jose is seen in the locker room, on the training pitch, and on the pitch at Avaya Stadium as well.

“We’re building a family which is what we want this team to be,” Almeyda explained.

“It’s a tough thing to do,” Earthquakes captain Chris Wondolowski said. “You can always speak on the culture and you can always say the right things. But to have someone instill it for us to actually do that and for him to do it day in day out and we see it through his leadership you know I think it just trickles down.”

Wondolowski and Shea Salinas have ridden the roller coaster that has been the San Jose Earthquakes since the club’s return to San Jose in 2008 (Salinas spent a year with the Philadelphia Union in 2010). They both know what the club has gone through and both know the high value that Almeyda’s culture change has brought to the club.

“We want to be tough to play against and if the team succeeds individuals succeed.

“It’s a joy to come to work every day right now. It’s a joy to play in games. It’s fun to watch games even when I’m not playing. It’s awesome to see someone makes a mistake and the next guy recovers form. There’s no throwing hands up in the air. There’s no putting heads down. Guys just keep working.”

While the culture change has improved everything just about in the locker room, it’s also sparked quite the surge on the pitch as well. San Jose’s growing, aggressive play style has grabbed the spotlight. The Earthquakes broke a road club record in the attack, firing 32 shots (16 on-target) while holding the Galaxy to just five (one on-frame). Friday night was the highlight of San Jose’s hot attack that also saw them fire 27 shots with eight on-goal. They’ve recorded at least 20 shots in four of their last five matches.

“We want to be a team that everyone has a difficult time playing and I want my guy across the field for me to be like ‘Oh. Here he comes again,'” Salinas added. “And every guy on the field for us wants to be that kind of a nightmare for the other team. And we’re doing that for 90 plus minutes and especially towards the end of games.

“Teams just look defeated against us. So I think it’s going to bode well for us as the season goes on.”

The turnaround isn’t complete just yet. San Jose still has 14 games to go this season. But their current trend has them heading strongly in the right direction. The Earthquakes could continue to climb the Western Conference table with the next three MLS matches against two bottom-dwellers in the West against Vancouver and Colorado, and against a Columbus Crew side that’s currently 11th in the East.

They were once living a nightmare, dating back to last season. Now, as Salinas would call it, they are the nightmare.

Salinas also explained the current state of the San Jose Earthquakes perfectly when talking about their last match against the Galaxy: “They were done and we kept going.”