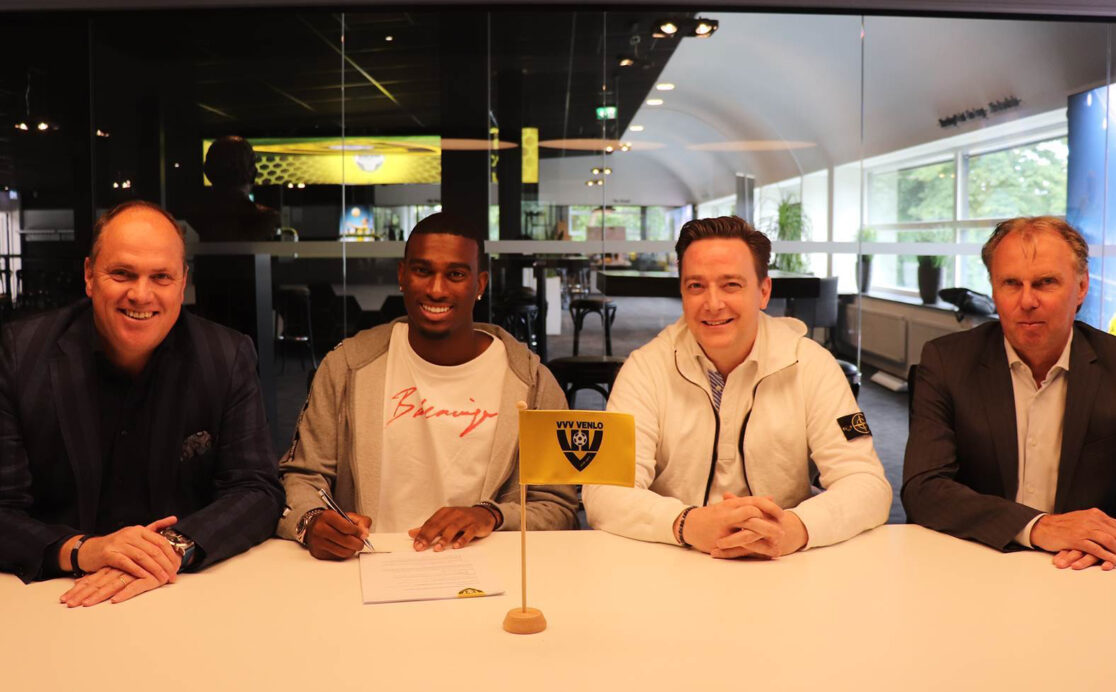 U.S. U-23 Men’s National Team forward Haji Wright has made a permanent move to the Netherlands.

VVV Venlo announced on Friday they’ve signed Wright to a one-year contract from Schalke with an option for 2020. Wright was also linked with 1860 Munich of the German third-division.

“Years ago I set my sights on a successful career in Europe. After a number of seasons in Germany, I now hope to be important for VVV-Venlo,” Wright said. “Through my goals and with my drive I want to apply to the team. The conversations with the people from this club gave me the right feeling to make this switch. I am looking forward to play in the premier league for VVV-Venlo.”

Wright is coming off 14-goal, five assist haul with Schalke’s U-23 side this past season, helping them win promotion. He also made his Bundesliga debut, scoring one goal in seven senior appearances for the Gelsenkirchen club.

“Haji is an excellent player who will give our vanguard even more body. Speed, duel power and very focused,” Venlo technical director Stan Valckx said. “We are happy and grateful that we came out with Schalke and that this player opted for our club, because I am convinced that he is an added value for our selection with his input and his commitment.

VVV Venlo finished 12th in the Eredivisie last season, sitting eight points clear of the relegation zone. Wright is the first American at the club since Gedion Zelalem spent a loan spell with Venlo in 2017.

Wright has also worked his way through the U.S. Soccer ranks, recently appearing twice for the U-23 side in March friendlies. He’s also appeared domestically with Sandhausen during his time in Germany.