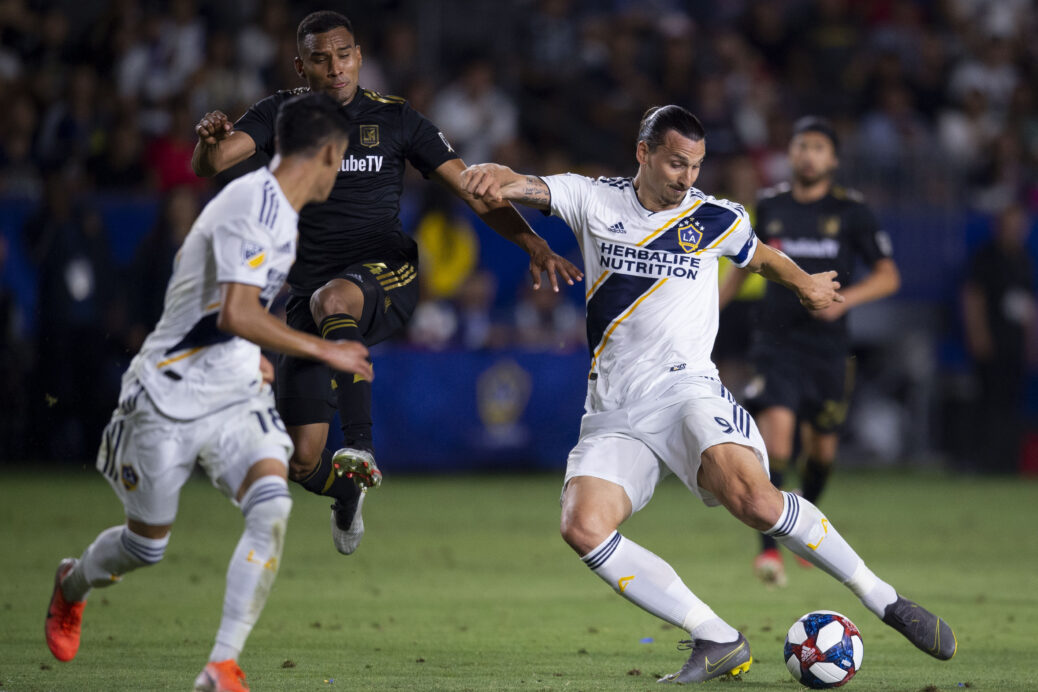 With a massive gap between the two sides in the Western Conference table, the Galaxy helped close the difference in the standings with an impressive 3-2 home victory in El Trafico behind Zlatan Ibrahimovic’s hat-trick.

It was the visitors that were off and running with a dream start inside of four minutes, when Carlos Vela was chopped down by Galaxy goalkeeper David Bingham inside the penalty area. Vela capitalized on the ensuing penalty kick, however, the Galaxy responded almost immediately.

Ibrahimovic, in typical style, found himself in the LAFC final third, before unleashing a venomous long-distance effort that beat Tyler Miller to level the match at 1-1 in the eighth minute.

The back-and-forth battle nearly saw the Galaxy pull in front at the half-hour mark when Favio Alvarez’s free header saw Miller make a tremendous diving save to his right to deny the Argentine.

As the match wore on, the Galaxy continued to press with success, and it paid off in the 56th minute when Diego Polenta picked out Ibrahimovic at the far post following a swarm from the hosts.

Once Ibrahimovic found a second goal, it always seemed in the cards that a third would come. And it did.

The Galaxy’s Swedish talisman recorded his hat-trick with 20 minutes remaining in the derby when he ripped down the center of the field, and tucked a long-distance effort into the near post.

Vela picked up his 21st goal of the season in second-half stoppage time as LAFC aimed for a late comeback, but the finish simply served as a consolation as the Mexican international picked up his brace.

With the huge win for Ibrahimovic and Co., the Galaxy pull to within nine points of LAFC at the top of the West, which remains occupied by the latter side.

Who else? Zlatan Ibrahimovic was all over the place against LAFC. He scored a right-footed goal. A left-footed goal. A headed finish over the top of a defender. The supporters certainly got their money’s worth on Friday.

Ibrahimovic’s first finish of the night not only got the Galaxy back level with their rivals, but the goal changed the entire complexion of the match. From that point forward, the Galaxy looked more stable in their defensive shape and continued to press forward for a second goal.

In the moments where Carlos Vela couldn’t find his way past the stout Galaxy backline, Diego Rossi was nowhere to be found. Rossi struggled mightily against Galaxy defender Rolf Feltscher, and in the few moments where he found space down the left side of the LAFC attack the young Uruguayan couldn’t pick out the final ball.