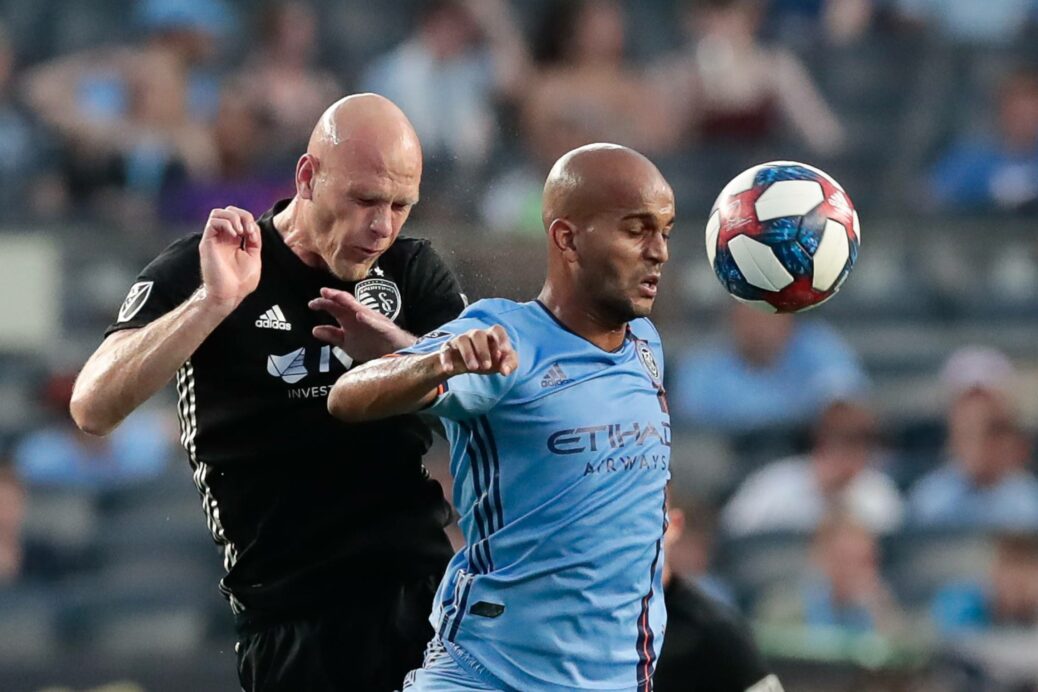 The Friday night lights at Yankee Stadium saw New York City FC take care of business to the tune of 3-1 as it played host to Sporting Kansas City, who is still fighting for its claim in the Western Conference playoff race.

It took a while but after sustaining pressure for much of the first half, Anton Tinnerholm finished a chance set up by Alexandru Mitriță in the 41st minute. The strike was good for Tinnerholm’s first of the season and validated NYCFC’s first-half performance.

The hosts went on to double the lead in the 54th minute thanks to none other than Brazilian MLS newcomer Heber, who made it look easy. He chipped SKC goalkeeper Tim Malia for his ninth goal of the campaign and fifth in his last five appearances in NYCFC garb.

An area of concern for NYCFC fans though, Maxi Moralez went down in the 52nd minute with a hamstring injury and did not return.

Kansas City midfielder Roger Espinoza didn’t help the cause, taking a straight red card in the 62nd minute after running into NYCFC defender Maxime Chanot with his studs out and initiating hard contact.

After spending much of the shakeout on the ground, Chanot was able to get up and finish the game, perhaps a little compromised.

Chanot was one of the defenders who got beat when Ilie Sánchez pulled one back for Kansas City in the 73rd minute, but the strike wouldn’t keep the game interesting for a meaningful amount of time.

New York City captain Alexander Ring had the final say in the 77th minute, tallying his third goal of the season with a left-footed strike from outside the box.

For NYCFC, the win is good for two in a row as they move to third in the Eastern Conference before Saturday action begins.

Scoring one and grabbing assists in the other two, Alexander Ring put in a proper shift while wearing the armband.

Heber’s strike at the 54th minute had Yankee Stadium rocking as the striker continues his memorable foray into MLS action.

The reckless foul and ensuing red card in the 62nd minute will leave Friday’s match as one to forget for Roger Espinoza, who factors himself out of SKC’s date with Seattle Sounders at CenturyLink Field on August 4th.