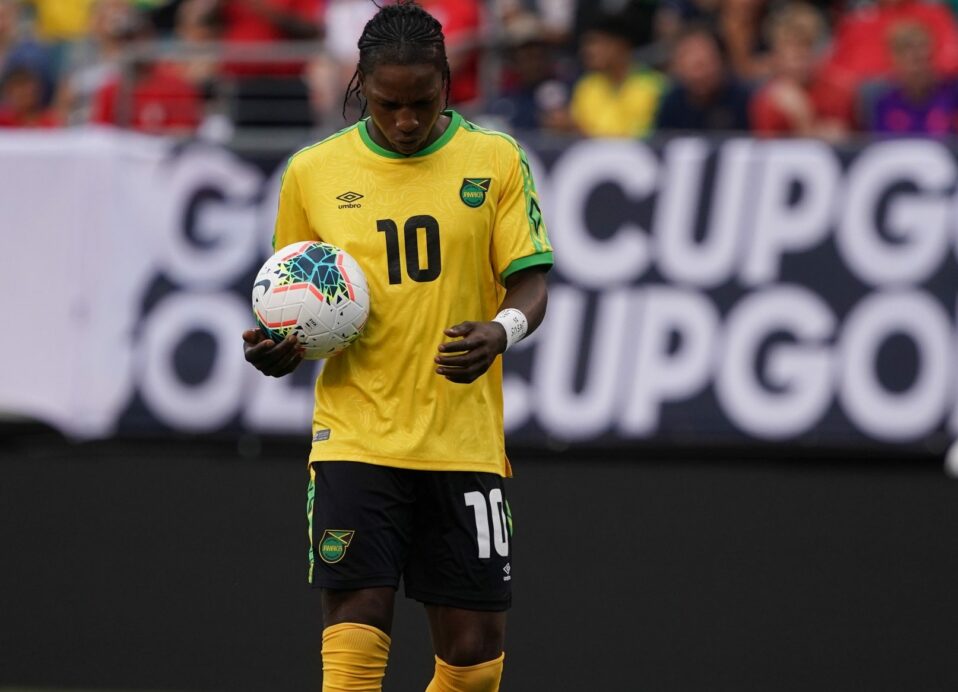 PHILADELPHIA — The Jamaica Men’s National Team has been known for its MLS talent and those players have played a big part of the team’s success in the CONCACAF Gold Cup.

Sunday was the latest installment of that trend as Philadelphia Union goalkeeper Andre Blake and FC Cincinnati forward Darren Mattocks were the key players in the Jamaica’s 1-0 quarterfinal win over Panama at Lincoln Financial Field. The Reggae Boyz punched a third-consecutive ticket to the semifinals of the Gold Cup with the win.

Mattocks netted his first goal of the tournament, scoring from the penalty spot two minutes after coming onto the field. It was his 18th career international goal and it couldn’t have come at a better time for Jamaica.

“It’s ‘been there done that’ really. This will be my third semifinal in a row so it’s all about taking it to the next game,” Mattocks said. “It’s a tournament so you’re going to need everything and today I was able to come off the bench and score a goal.

“We expected to be here and we want to take it even farther now. We just have to keep working at things and grinding as a team. I always tell myself that big players step up in big time moments and the team did really hard before I came on. It’s a penalty kick in a major tournament so there is always going to be pressure.”

Jamaica was hoping to be better offensively against Panama unlike the group stage where all of their matches were tight. They struggled to get clear-cut chances towards goal outside of Mattocks’ penalty-kick and were bailed out due to Michael Murillo’s handball. In total, they had four shots on goal, but neither truly made Luis Mejia work in net.

“We all know defense wins championships and we have a very talented group of guys back there,” Blake said. “The guys in attack deserve credit too because it is a full team effort to pitch a shutout especially in the knockout round. When we’re solid defensively, we can always have a chance to win the game. Now we just have to try and work on putting more goals into the back of the net.

“I am very happy for Darren, he came in and that was a big moment for him so he stepped up. Again, I said earlier its a tournament we have 23 guys and only 14 will end up on the field if we use all three subs so you have to make an impact when you come on. We have to continue supporting each other no matter who is on the field.”

Jamaica’s backline of Alvas Powell, Shaun Francis, Michael Hector, and Kemar Lawrence were busy on the afternoon, being stretched and tested by their Panamanian opponents. Still, they got the job done against a physical Panama attack and held them to three shots on goal and only six in total.

Now the team will prepare for a showdown with the U.S. Men’s National Team, a rematch of the 2017 final in which the USMNT won.

It will also be their second meeting this year after a 1-0 friendly win by Jamaica at Audi Field. Wednesday’s semifinal will be against one of the favorites to win the Gold Cup, but that isn’t stopping any of the confidence that the Jamaican players has for their team.

“We’ve got experience now, we have MLS guys like myself, Kemar Lawrence, Alvas Powell, Michael Hector who have been around the block,” Mattocks said. “We’ve been here three times so we know what is needed to get to this point. Whoever we end playing we wish them luck but this time we’re going all the way.

“It’s not really a revenge element, 2015 we beat them in the semifinals and 2017 they beat us in the final, it’s a grudge match to separate the tie.

“It’s going to be a great game and I think whoever wins will be the team to likely win it all in the end.”