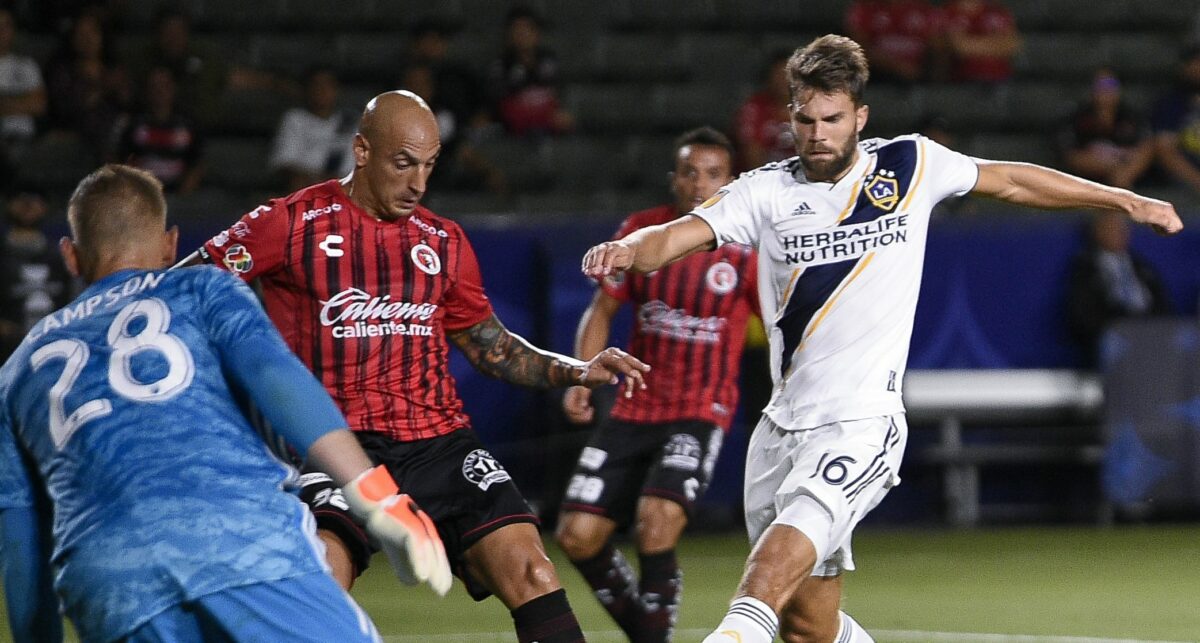 The inaugural Leagues Cup debuted on Tuesday night in the United States, and the evening proved to be quite entertaining for one MLS side.

Oscar Pareja’s return to an MLS venue didn’t go according to plan, as the former FC Dallas head coach and his Tijuana team suffered a 2-2 (3-1 on penalty kicks) defeat against the LA Galaxy.

Matt Lampson’s brilliant display in the shootout, which included three saves, helped guide the Galaxy to the semifinals.

Meanwhile, in the competition’s first-ever match, the Chicago Fire suffered a 2-0 defeat against Cruz Azul, with goals coming from the visitors on both sides of halftime.

The Fire, who left Bastian Schweinsteiger, Dax McCarty and Djordje Mihailovic on the bench to start the match, mustered up just one shot on goal in the loss at SeatGeek Stadium.

The Houston Dynamo and Real Salt Lake will have their crack against Liga MX opposition on Wednesday against Club America and Tigres, respectively.

The Liga MX side emerged victorious after a Roberto Alvarado strike broke the deadlock just before the halftime.

Veljko Paunovic’s young squad featured many inexperienced players on the night, and the Fire weren’t able to counteract Cruz Azul’s veteran team. The Fire were forced to sit deep throughout the match, allowing the visitors to hold nearly 70 percent of the game’s possession.

Elias Hernandez tacked on a second goal for the visitors in the 90th minute, after the second-half substitution entered only three minutes prior.

The victory for Cruz Azul means La Maquina will move on to the semifinals to face the LA Galaxy on August 20.

Emmanuel Boateng opened the scoring for Guillermo Baros Schelotto’s side at the half-hour mark, and despite a brief video review, the goal was upheld.

Just moments after the Galaxy took the lead, Tijuana responded immediately through Ariel Nahuelpán, who tapped home a close-range finish after a perfectly-worked move into the hosts penalty area.

Tijuana added a second on the stroke of halftime, as Washington Camacho blasted home after Omar Mendoza picked out the midfielder inside the Galaxy box.

The Galaxy pulled level in the 53rd minute through Dave Romney when the centerback headed home an Efrain Alvarez corner kick.

A late red card was shown to Julian Araujo, after the Galaxy right back picked up his second yellow card of the night. The 17-year-old defender prevented a Tijuana chance just outside the penalty area in second-half stoppage time.

With the tournament going directly to penalty kicks after the 90 minutes, Matt Lampson played a huge role in the Galaxy moving into the next round. The Los Angeles shot-stopper denied three Tijuana spot kicks to set up the Galaxy’s date with Cruz Azul next month.