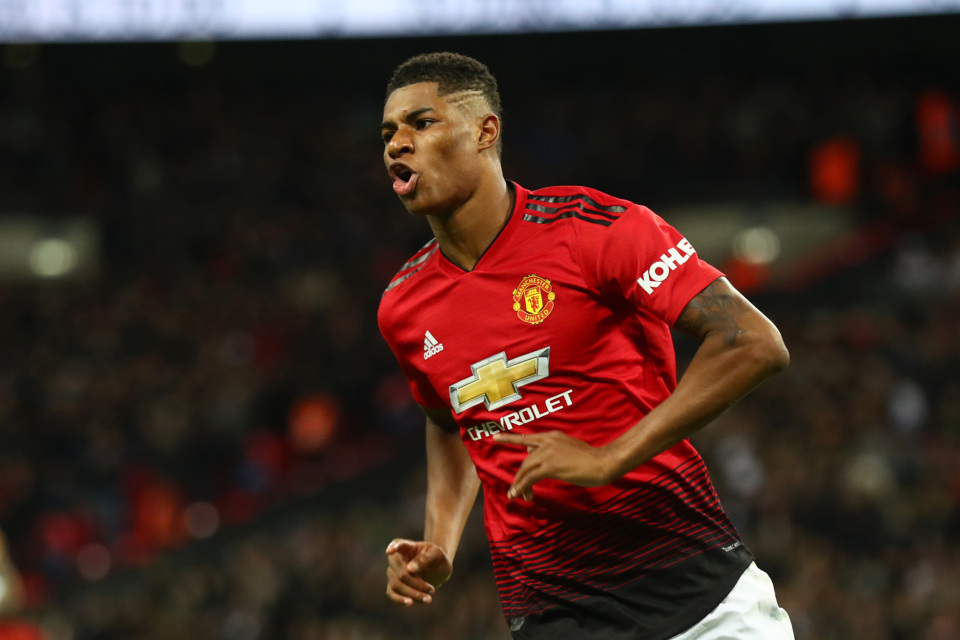 Marcus Rashford is hoping to be a key piece of Ole Gunnar Solskjaer’s Manchester United side in 2019-20.

The English forward was rewarded by signing a new deal with Manchester United, keeping him at the club until 2023. Rashford will make £200,000 a week with an option for another season. (REPORT)

Juventus have confirmed the signing of free agent Adrien Rabiot. The Frenchman fell out of favor at Paris Saint-Germain and will now join the Italian giants after signing a five-year deal. (REPORT)

Diego Godin’s highly anticipated move to Inter Milan has been confirmed. The Uruguayan is leaving Atletico Madrid after his contract expired and is set to join the Nerazzurri after signing a reported three-year contract. (REPORT)

Mateo Kovacic has completed his move to Chelsea from Real Madrid after last season’s successful loan spell. Despite their transfer ban, the Blues managed to sign the Croatian for £40.3 million. (REPORT)

Gonzalo Higuain has returned to Juventus after Chelsea decided not to sign the Argentine striker on a permanent deal. (REPORT)

Iker Casillas has returned to the pitch after his recent health scare, suffering a heart attack two months ago. The World Cup winning goalkeeper has begun pre-season training with Porto. (REPORT)

Amadou Diawara has completed a move from Napoli to Roma, just a day after Kostas Manolas went the other way. (REPORT)

After suffering a groin injury in Guinea’s AFCON match against Nigeria, Naby Keita has flown back to Liverpool to be assessed. (REPORT)

Valentino Lazaro has completed his move from Hertha Berlin to Inter Milan. The Austrian has signed a four-year deal, joining the Italian club for $25 million. (REPORT)

Having fallen out of favor at Barcelona, Denis Suarez has signed for boyhood club, Celta Vigo. He signed a four-year contract after being purchased for €12.9 million. (REPORT)

After qualifying for the Africa Cup of Nations for the first time, Madagascar have gone and topped their group after a victory over Nigeria. (REPORT)

Spain won the Euro Under 21 Championships as Napoli midfielder, Fabian Ruiz, won the Player of the Tournament award. (REPORT)