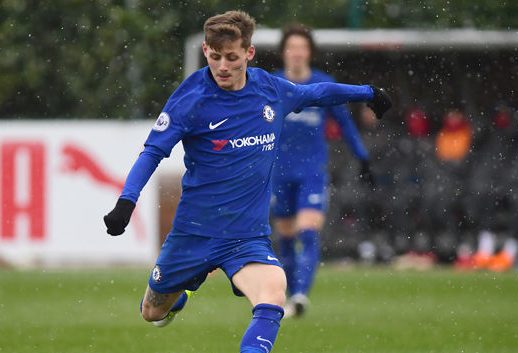 Former U.S. U-20 Men’s National Team midfielder Kyle Scott is in search for a new club.

Chelsea announced on Tuesday that Scott was one of five players released due to the end of their contracts. Scott, 21, made only one senior appearance for the Blues during his time in London, coming off the bench in a 4-0 FA Cup win over Hull City back in Feb. 2018.

Scott joined Chelsea from Southampton and made his youth team debut back in 2013-14 as a U-16 player. He worked his way through the ranks, appearing for Chelsea’s U-16’s, U-19’s, U-21’s, and U-23’s before spending time at Dutch second-tier side Telstar earlier this past season.

His loan was ended mutually in January 2019 after Scott made 14 appearances and scored two goals for Telstar. Scott has appeared for the U.S. U-18’s and U-20’s and is also eligible to represent England, the Republic of Ireland, and Italy.

Scott has been linked with Newcastle United since May and very well could now make the move to Tyneside this summer.