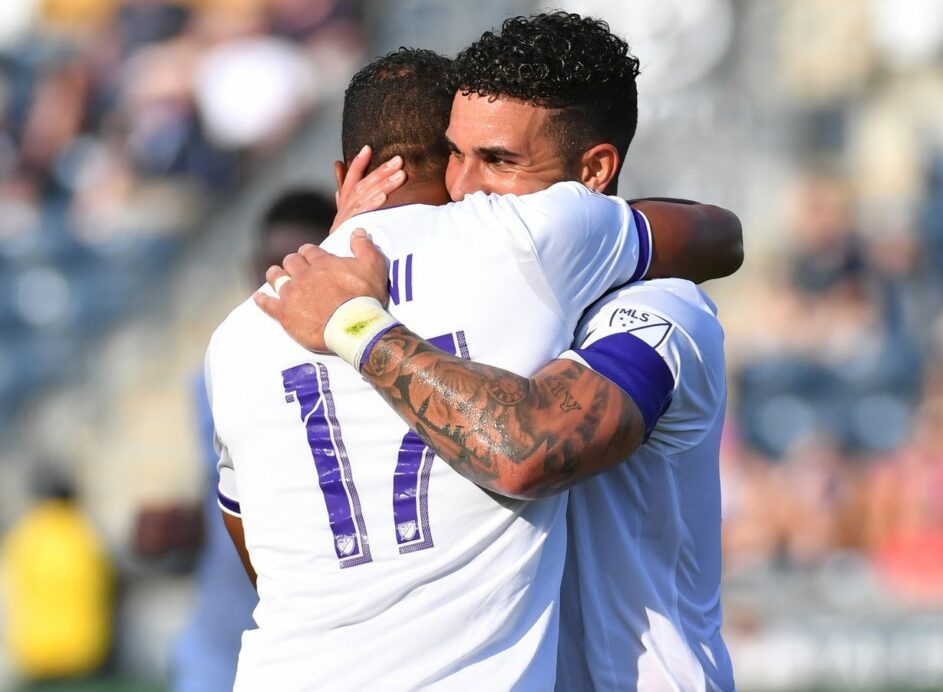 CHESTER, Pa. — Orlando City were pressed against the wall coming into Sunday’s Eastern Conference showdown with the Philadelphia Union. Coming off a 3-1 home loss to the Eastern Conference leaders, the squad was without two starters and needing some positive momentum as they continue a busy month of July.

Despite allowing a four-minute opener to Marco Fabian, the team buckled down and scored a pair of second-half goals. They hung on for a 2-2 draw at Talen Energy Stadium which the Lions third positive result in the past five matches. With the point they move into ninth place in the Eastern Conference, holding the edge on the Chicago Fire.

“Overall, everyone saw changes to our lineup from Wednesday’s match and probably thought things weren’t going to go our way today,” Lions center back Alex De John told SBI. “It truly shows that our squad is deep and on a good day we can play with anyone in this league. Our first half was slow and sluggish, but our second half we did a lot better. The end didn’t go our way, but getting a point against the East leaders is still a positive.”

In his second match back from injury, striker Dom Dwyer headed in an acrobatic attempt for his fourth goal of the season. After putting in a lot of defensive work, he made the most of a key contribution off from second-half substitute Nani.

Nani would continue his strong substitute appearance, crossing in a corner-kick in the 80th-minute. Union goalkeeper Andre Blake could not control the cross, allowing rookie Santiago Patino to pounce for his first MLS goal. Although it won’t go down as an assist, the Portuguese playmaker’s continued to play a major role for the Lions in his first MLS season.

“He’s [Nani] been great, learning from a world class guy like that is a great opportunity,” Lions forward Chris Mueller told SBI. “He’s been at several different clubs and won many spectacular titles in Europe so his impact here has been seen pretty easily. He’s a top player and has been huge for us.”

“He’s a world class player,” De John said. “You can see when he steps onto the pitch how much respect he gets from other players. You don’t see many people going to press him when he has the ball. Every time he comes on the pitch he makes an impact and he’s also been very important in the locker room as well.”

Orlando City conceded a late equalizer to Kacper Przybylko, but overall will be happy to pick up their first point of July. It was a match in which the Lions were outshot and possessed by the Union, but were able to claw back for something against one of MLS’ more-impressive home sides.

Now the team will host NYCFC on Wednesday in the quarterfinals of the U.S. Open Cup, before four league matches over a 14-day span. With James O’Connor’s side only six points out of the final playoff spot, every player could be called upon due to the busy schedule approaching.

“We just got to take it game by game and the guys who get called upon need to step up,” Mueller said. “I think there’s going to be continued squad rotation during this busy month so every player will be important. I think if we show the same fight we did today we will be okay come the end of the season.”