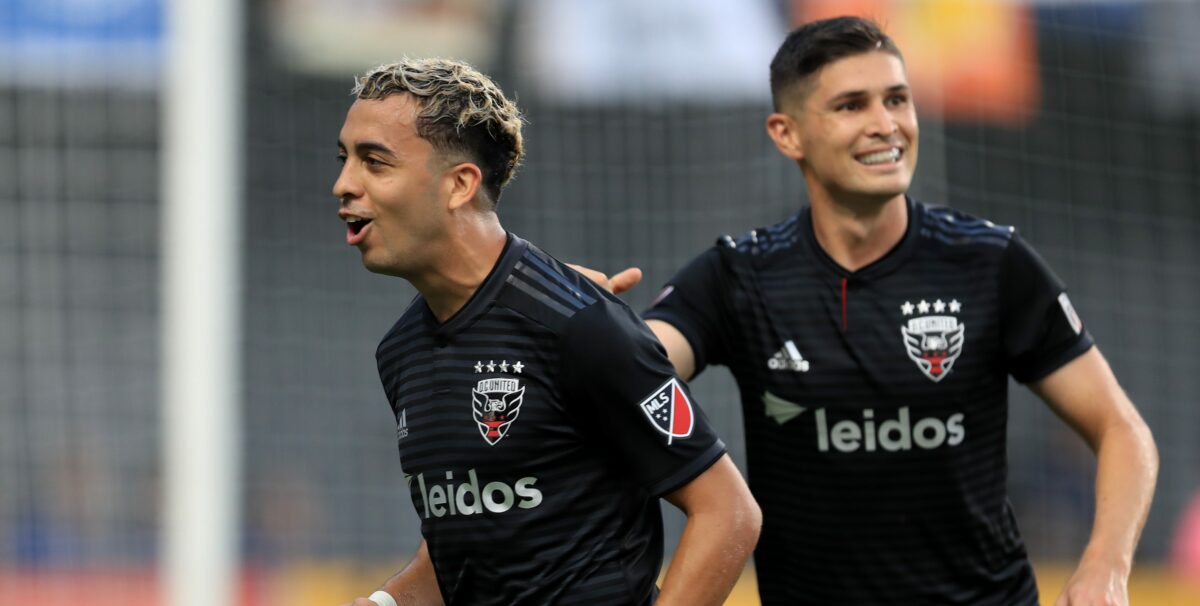 MLS action kicked off on Thursday night at Nippert Stadium, where D.C. United poured it on in a 4-1 victory against FC Cincinnati to snap a three-game winless skid.

The woodwork denied Kendall Waston’s headed shot from a corner kick in the 25th minute, and it was the visitors that notched the opener before the first half came to a close.

Lucas Rodriguez broke the deadlock in the 42nd minute with a curling shot that tucked in the far post behind Cincy goalkeeper Spencer Richey.

Cincinnati would level the match in the 54th minute thanks to a Paul Arriola handball, which teed up Emmanuel Ledesma to bang in the ensuing penalty kick. However, D.C. would pull back ahead moments later, and that proved to be the start of Cincy’s downfall on the night.

Once again, D.C.’s Rodriguez tallied in the 59th minute. This time, from distance, and he got a little help as he found the shoulder of Kendall Waston for a deflection that left Spencer Richey with no chance. Rooney got in on the scoring in the 64th minute with a cool finish through traffic, beating two Cincy defenders along with Richey.

From the break, Paul Arriola found his fourth goal of the campaign as he capitalized on Cincy’s passive defending. The American went nearly the length of Cincy’s half uninterrupted on a clear path to the box, before slotting home.

The result moves D.C. to second place in the Eastern Conference playoff race ahead of its trip to face Atlanta United at Mercedes Benz Stadium on Sunday. After just catching up to Columbus, Cincinnati will remain in the cellar of the East as the team prepares for another home game against Bruce Arena’s rejuvenated New England Revolution over the weekend.

Lucas Rodriguez’s brace brings his tally on the season to six as the Argentine will leave Cincy with a night to remember.

Wayne Rooney’s calm and collected finish in the 64th minute was the clincher. Cincy promptly checked out of the game after the strike.

For Kendall Waston, the missed opportunity to open the scoring and getting in the way of a save will have this match as one to move on from.