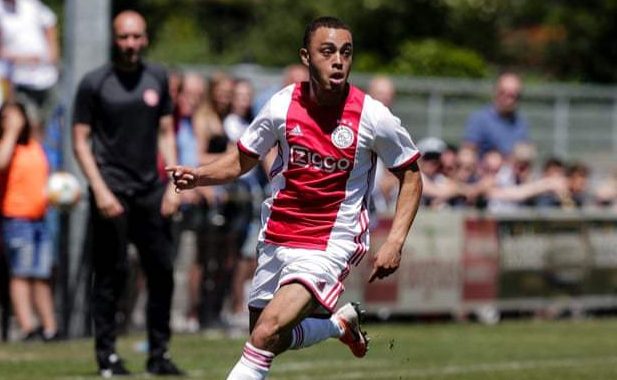 The U.S. U-20 Men’s National Team defender has started in Ajax’s last two friendlies against Istanbul Basaksehir and Watford, respectively, and is aiming for a starting spot in Erik ten Hag’s starting lineup. Ajax is coming off a superb 2018-19 campaign, which saw them win a domestic double and reach the UEFA Champions League semifinals.

Although he has yet to make his senior debut for the club, Dest’s strong performances this summer are drawing praise from ten Hag.

“If you can do this against a Premier League club and the number two in Turkey then it can also be in the Cruyff Shield and in the league. Of course he still makes mistakes, but he also does a lot of good. He has the conditions. we had Mazraoui in the same process for years, and that could happen to him this year, but that depends on how he grows,” ten Hag said in an interview with Dutch outlet De Telegraaf.

Ajax is trying to replace the likes of Dutch stars Frenkie de Jong and Matthijs de Ligt, who left for Barcelona and Juventus respectively. Even with those two gone, the club still has many pieces from last season’s squad including Dusan Tadic, Donny van de Beek, and Lasse Schone.

Dest, 18, is coming off a 17-appearance haul with Ajax II last season which saw him score one goal and register one assist. He also was a key part of the U.S. U-20’s run to the quarterfinals of the 2019 FIFA U-20 World Cup, the third-straight under Tab Ramos.

With the opportunity there for the taking, Dest is just hoping to get a crack this season with the first team.

“If the trainer sets me up, then I am ready. I hope so. It would be a very good experience to play in the arena. I think I can play well, but this is just the beginning,” Dest said.

Ajax has one more tune-up match on July 22nd before facing rivals PSV in the Johan Cruyff Shield on July 27th. They open the Eredivisie season on Aug. 3rd at Vitesse Arnhem.