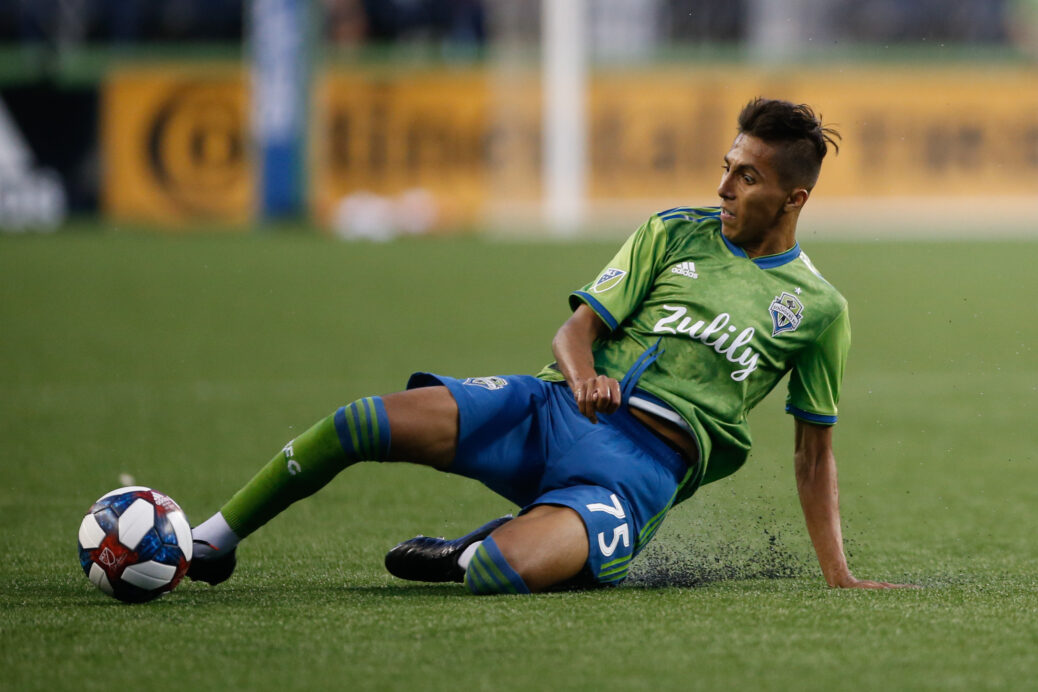 SEATTLE — If the primary goal of a midseason, midweek friendly against a European powerhouse is to end the night with injury to neither flesh nor ego, then all went well for the Seattle Sounders on Wednesday evening.

German heavyweight Borussia Dortmund flashed a bit of class, pounced on a gaffe, and left CenturyLink Field with a 3-1 win in front of an announced crowd of 37,722. The Sounders generally looked composed, if playing a step or two slower than their Bundesliga counterparts. Most importantly, the Sounders’ key players avoided heavy workloads before this weekend’s league clash with the Portland Timbers.

Sounders head coach Brian Schmetzer started most of his regulars, but pulled many at halftime. Nicolas Lodeiro, Jordan Morris, and left back Brad Smith all got the entire night off. Joevin Jones put in the longest shift among likely weekend starters, playing 68 minutes.

Dortmund manager Lucien Favre saved many of his stars for the final 30 minutes, unleashing Jadon Sancho, Alex Witsel, Marco Reus, Mats Hummels, Dan-Axel Zagadou and others on a reserve-laden opponent.

Sounders striker Raul Ruidiaz hit the crossbar and had a goal called back for offside in the early going, but Dortmund’s Marius Wolf opened the scoring in the 37th minute. Wolf gathered a pass from Mario Gotze just outside the arc before rifling a shot through a thicket of defenders and past goalkeeper Bryan Meredith for the 1-0 lead.

Meredith then gifted Dortmund a goal just after the halftime. Attempting to play out of the back, the Sounders’ reserve goalkeeper ignored options to both his left and right, instead attempting to thread a ball through the heart of the opposing pressure. Dortmund striker Paco Alcacer pounced, then chipped Meredith from just outside the penalty box on his second touch.

Jonathan Campbell pulled one back for the hosts in the 57th minute, blistering a far-post header past goalkeeper Roman Burki off a Joevin Jones corner kick.

Sancho netted the visitors’ third goal in the 77th minute, dribbling past a quartet of defenders before oh-so-gently nestling a left-footed shot inside the near post from the edge of the penalty area.

U.S. youth international Gio Reyna made his debut for Borussia Dortmund. The 16-year-old midfielder — son of former USMNT captain Claudio Reyna — came on in the 33rd minute and departed just past the hour mark.