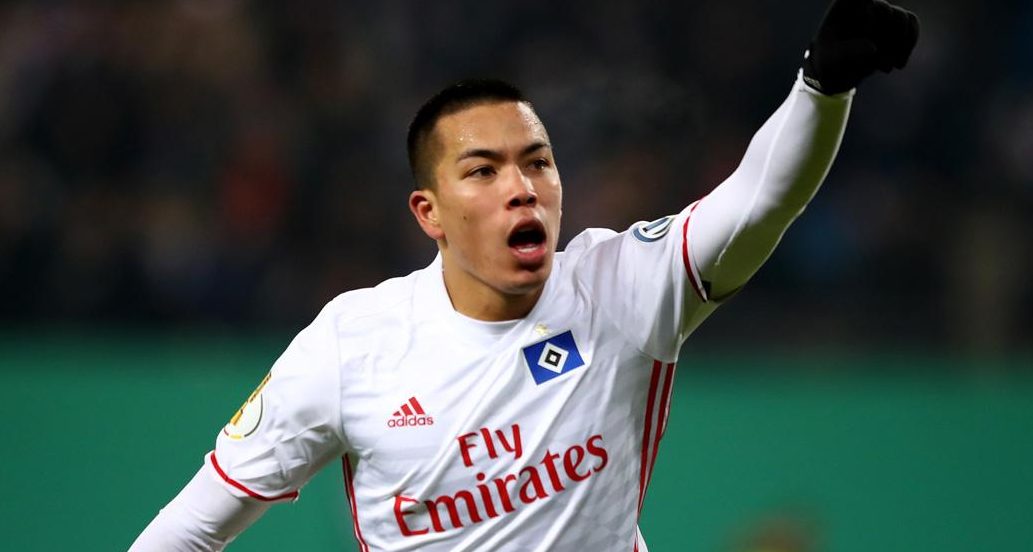 As we near the end of July that means European seasons will be shortly kicking off across the pond.

For numerous American players, the goal of returning to the U.S. Men’s National Team fold relies on strong domestic seasons for their respective clubs. With plenty of MLS players still in regular-season play by the time the inaugural Concacaf Nations League begins, Gregg Berhalter may be pressed to make several changes to his roster for matches against Canada and Cuba.

2020 also begins World Cup qualifying for the USMNT as they try to get back onto the path towards Qatar come 2022. Christian Pulisic, Weston McKennie and Tyler Adams are a trio of faces for the USMNT for years to come, but other players will need to step up for competitive matches in the near future.

Here’s a closer look at five players who need a strong season abroad for a chance of returning to the USMNT fold:

Once labeled as an up-and-coming forward for the USMNT, Bobby Wood has fallen off in the last year. Spending 2018-19 on-loan with relegated Hannover 96, Wood struggled for consistency in what was a step back in his progression. The 26-year-old scored only three goals in 20 appearances for Hannover, while dealing with injuries as well.

With options like Gyasi Zardes, Jozy Altidore and Josh Sargent for Berhalter to call on, Wood will need to score plenty of goals for Hamburg in the 2. Bundesliga this campaign. Wood’s numbers have been better in Germany’s second-tier than in the top-flight, but another drop off domestically could call for the end of Wood’s time with the USMNT.

23-year-old Lynden Gooch started off on a tear for English third-tier side Sunderland, but saw his production decrease as last season went on. Gooch, a winger that can play either on the left or right side, totaled six goals and seven assists in 41 combined appearances for the Black Cats. Sadly, Sunderland missed out on promotion back to the EFL Championship in which Gooch did not feature in a 1-0 playoff final loss to Charlton Athletic.

With Sunderland retooling for another go at promotion, Gooch needs to show consistency throughout the entire season. His lack of production near the end of the season saw other players get the nod over him in Jack Ross’ starting XI and he cannot afford for another step back. Despite being a physical and gritty attacking player, Gooch’s chances of making it back to the USMNT will continue to drop if he cannot produce at club level.

Gregg Berhalter has proven that veterans still have a place with the USMNT and Timothy Chandler is one that could put his name back in the hat with a strong and healthy season in Germany.

The 29-year-old made only one appearance last season with Eintracht Frankfurt due to injuries, but has appeared for the club in preseason this summer. He also dressed in both Europa League ties against Chelsea last season, but did not appear. A versatile defender, Chandler could help the USMNT if he bounces back and stays healthy for Frankfurt.

Prior to his injury-riddled 2018-19, Chandler scored two goals and added eight assists in Bundesliga play while playing a number of different positions. If Tim Ream can get the start at left back on multiple occasions, Chandler could get himself back into the fold.

Romain Gall seemed a likely candidate for the USMNT after his 13-goal haul in Sweden in 2018, however his stock has dropped after a recent lack of production with Malmo.

Gall just recently found the back of the net for the Swedish leaders in Europa League qualifiers, ending a 10-match spell without a point. The 24-year-old is a clever attacker who has played in midfield and on the wing for Malmo, but will need to replicate his 2018 numbers this season for a chance of coming back into the USMNT.

Gall could play in the Europa League group stage, should Malmo advance from qualifying which could pit him against tougher competition.

Another player with high expectations when he first came into the USMNT fold was Kenny Saief.

The Israeli-American made his name abroad with Gent and Anderlecht, but saw his playing time decrease in Belgium. A move to FC Cincinnati on-loan looked like a perfect opportunity for Saief to not only produce goals and assists, but also do it in the U.S.

However, Saief is injured and had been linked with a return to Anderlecht after FC Cincy wanted to end his loan early. At 25-years-old, Saief still has time to return to the USMNT fold, but will need to put his problems behind him and get back onto the field for any chance of that happening.