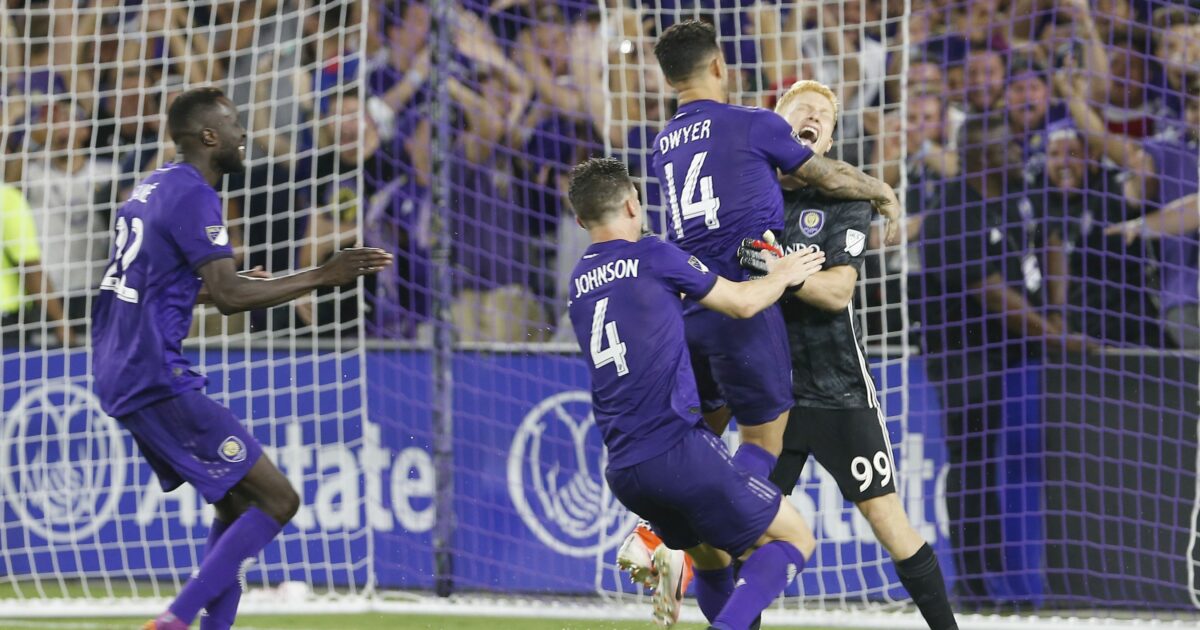 The U.S. Open Cup semifinals will be an all MLS affair thanks to Atlanta United surviving Saint Louis FC and Minnesota United hammering their USL foes from New Mexico.

Orlando City also moved on to the semis thanks to a penalty shootout win over visiting New York City FC and the Portland Timbers went to Banc of California Stadium and came out with a 1-0 win against Los Angeles FC.

Here is the full recap of the U.S. Open Cup quarterfinals:

For 96 minutes, it looked like Chris Mueller’s 61st minute goal would be enough to get Orlando City through to the semis despite short rest after the weather debacle over the weekend in Philadelphia. New York City had the better of possession throughout the match, but they were pretty wasteful with it. Despite their struggles, Maxi Moralez managed to find an equalizer with the last kick of regulation to stretch this match into extra time.

NYCFC continued with their possession advantage throughout the extra half hour, but aside from one fantastic save from Adam Grinwis late in the second frame, nothing really came from it and the match went to penalties.

Grinwis got the chance to play the hero again in the shootout after the Lions supporters bolted to the opposite end of Exploria Stadium despite attempts from stadium ushers to hold them back. He stopped the first NYCFC shot and, more importantly, the last one, as Orlando held on to win 5-4 in spot kicks.

Atlanta United spent much of the 50 minutes of this match with possession, but very little to show for it. It wasn’t until a 52nd minute counter attack that they finally went in front. Gonzalo “Pity” Martinez curled home a shot to finish the move, but it came after Saint Louis appeared to have the play defended, but Emerson Hyndman bolted through to create a turnover and lay the ball off to Martinez for the finish.

Atlanta were content defending their way through the rest of the game and, as a result, Saint Louis never truly threatened to score, The hosts did score a second in stoppage time when Josef Martinez buried one from the penalty spot, but they didn’t really need that insurance goal to make it to the semis.

Despite conceding a goal in the seventh minute, Minnesota United laid the smackdown on their visitors from the southwest at Allianz Field. Santiago Moar scored for New Mexico United after barley more than a half dozen minutes, but the Loons proceeded to score five times before halftime to put this one to bed early.

Angelo Rodriguez scored a first half hat trick with finishes in the 10th, 18th, and 45th minutes. Carlos Quintero made it 2-1 in the 16th and Jan Gregus scored a well placed free kick in the 23rd. The 6-1 scoreline was finished when Miguel Ibarra scored just after the hour mark.

These two sides exchanged fast paced attacks throughout this entire match. It wasn’t until Jeremy Ebobisse broke what was a spirited scoreless deadlock in the 84th minute that the game experienced a breakthrough, though. Ebobisse found himself in the path of a deflected pass from Bryan Fernandez and the young forward was left all alone to collect the loose ball before he fired a shot past Pablo Sisniega and inside the far post.

The Timbers defense was able to hold firm for the final six minutes plus the five extra of stoppage time. LAFC had one last chance before the final whistle when Carlos Vela attempted a bicycle kick from point blank range, but the attempt was blocked and the game ended seconds after that chance.

The win sends the Timbers to the Open Cup semis for the first time since 2013.

The semifinals of the U.S. Open Cup will take place on either August 6 or 7. Atlanta United take on Orlando City and Minnesota United will face Portland Timbers. The home teams will be determined at a draw at 2 p.m. on Thursday.