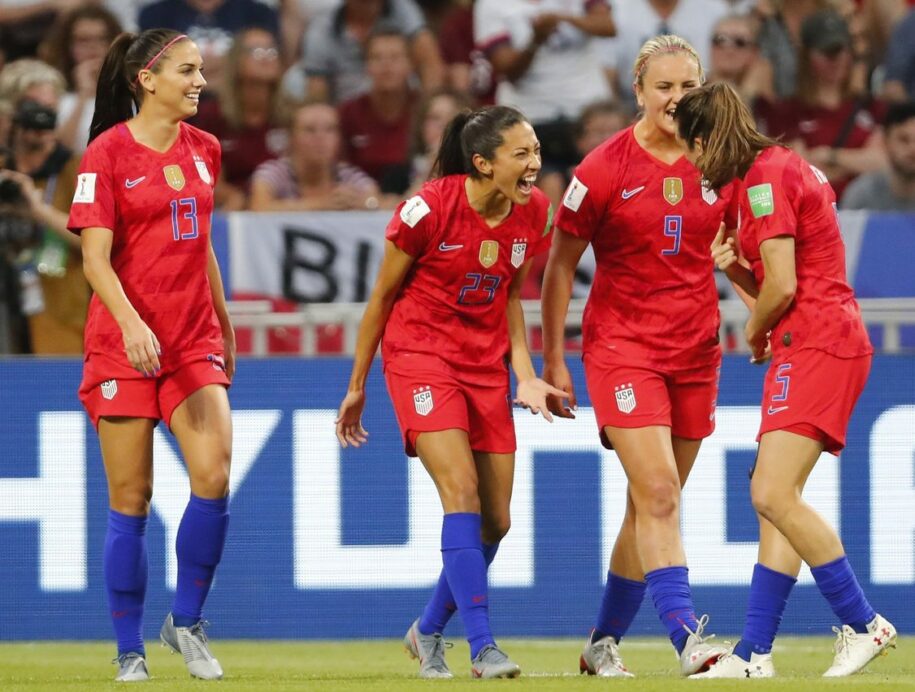 The U.S. Women’s National Team made history once again, booking its third-consecutive trip to the Women’s World Cup Finals after a dramatic win over England.

Alex Morgan scored the eventual game-winning goal while Alyssa Naeher saved a 84th-minute penalty kick off the foot of Stephanie Houghton to preserve a 2-1 win in Lyon.

Christen Press got on the end of Kelley O’Hara’s deep cross in the 10th-minute to break the deadlock. Tobin Heath sprayed a through ball for O’Hara to chase after being the right back’s cross found the head of Press who headed past Carly Telford.

The lead didn’t last long though for the USWNT as Ellen White finished Beth Mead’s cross nine-minutes later to equalize. Mead was past the USWNT backline and sent a cross for White to get on the end of.

Telford denied Rose Lavelle’s strike in the 25th-minute to keep things level at the moment. However, Alex Morgan would score on her birthday to give the USWNT a first-half lead they would not relinquish. Lindsey Horan’s cut back and cross found Morgan who made the most of the great service.

Video review ruled out a possible England equalizer in the 67th-minute after White thought she had her second goal of the day. The English forward was later ruled in an offsides position which did not leave Phil Neville a happy man on the sidelines.

VAR would make amends for England in the 83rd-minute as Becky Sauerbrunn was whistled for a foul on White, giving England a chance from the penalty spot. After Nikita Parris missed her prior two penalties, Stephanie Houghton stepped up but was denied by Naeher who saved the midfielder’s effort.

Millie Bright was sent off two minutes later for England, picking up her second yellow card for a foul on Morgan.

Naeher finished the match with three saves as the USWNT moved on to face either the Netherlands or Sweden in July 6th’s Final.