USWNT in for tough test from underdog Netherlands 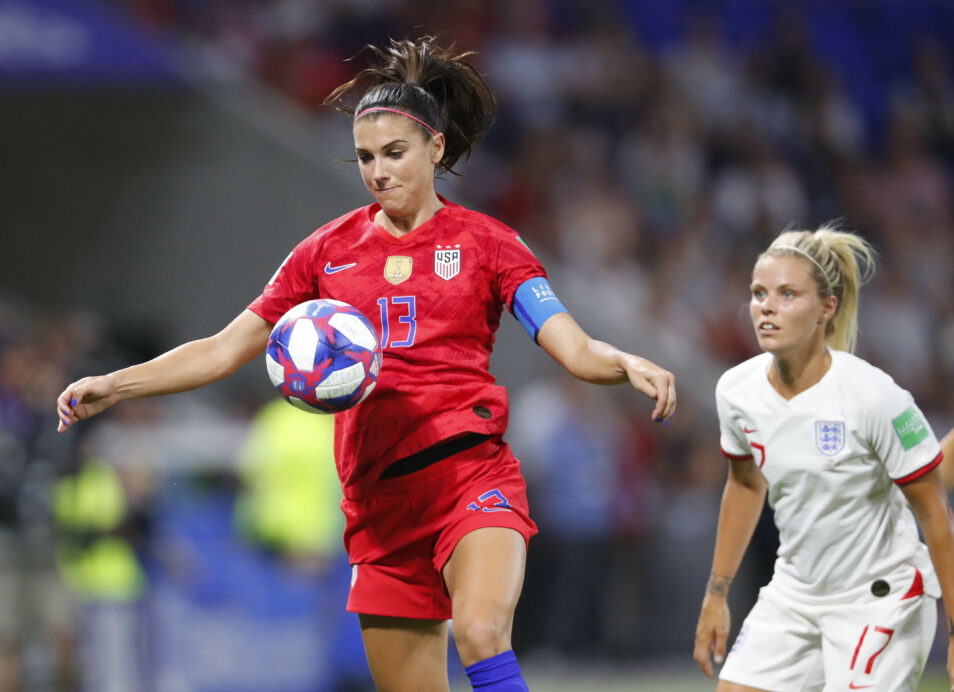 For the U.S. Women’s National Team, just about everyone and anyone is expecting them to lift the World Cup trophy for the second straight time Sunday in Lyon. For the Netherlands, they expect themselves to lift the trophy after the final whistle.

While the USWNT came in with all of the fanfare, hype, and favoritism entering the tournament, and let’s be clear, they’re still the clear cut favorite to win on Sunday. However, the Netherlands will be its toughest opponent in the tournament, one the USWNT will face with everything on the line.

The bigger thing everyone will also be looking for is what celebration either Alex Morgan or any of the USWNT players will do if or when they score. If England was the tea-cup, what is the Dutch?

The USWNT has every advantage heading into Sunday’s Final. Besides being the clear-cut favorites, the Americans showed a lot of grit and resilience in the knockout rounds. They took down a top up-and-coming team in Spain, before knocking out two of Europe’s top women’s teams in hosts France and England.

The Netherlands enter on one day less rest than the Americans after taking Sweden to extra time in Wednesday’s semifinal (the USWNT played England Tuesday). They also showed fatigue in the second half against Sweden, something that the USWNT could expose with their physical play if they can keep it going for 90-plus minutes.

The Netherlands is no slouch by any means and they shouldn’t suffer the same fate that Japan did against the U.S. four years ago.

The Dutch women’s program has been steadily on the rise since their semifinal appearance in Euro 2009. Since then they’ve reached the Round of 16 in their World Cup debut four years ago and took an unbeaten run en route to the 2017 European Championship. They’re riding a 257-minute shutout streak entering the Final and despite the fatigue, they could take the U.S. stride for stride, punch for punch. The question is, will they have the energy for it.

Much like the USWNT, the Dutch also possess a strong, fast attacking front led by Vivianne Miedema (three goals) and Lieke Martens (two goals). Both are the top two scorers for the Netherlands, but six other players have scored for the team this tournament.

Only the U.S. has more total goalscorers in this Women’s World Cup (nine) compared to the Netherlands (eight).

Both teams are playing for more than just a World Cup title Sunday.

The Americans are out to meet expectations of a repeat title (the first since Germany did it in 2003 and 2007) while players like Alex Morgan and Megan Rapinoe could establish their place in American soccer history, amongst the likes of Mia Hamm and Brandi Chastain. If Morgan can score and have a solid game in a final, she can make her case as the best to ever do it in a USWNT shirt.

Meanwhile, the Dutch are looking for a perfect ending to their 2017 European Championship run, and are out to prove that the rest of the world is closing the gap in women’s soccer, a gap the Americans have been on top of for decades. The lone European team in the tournament could be the one that finally stops the “arrogant” Americans, finally.