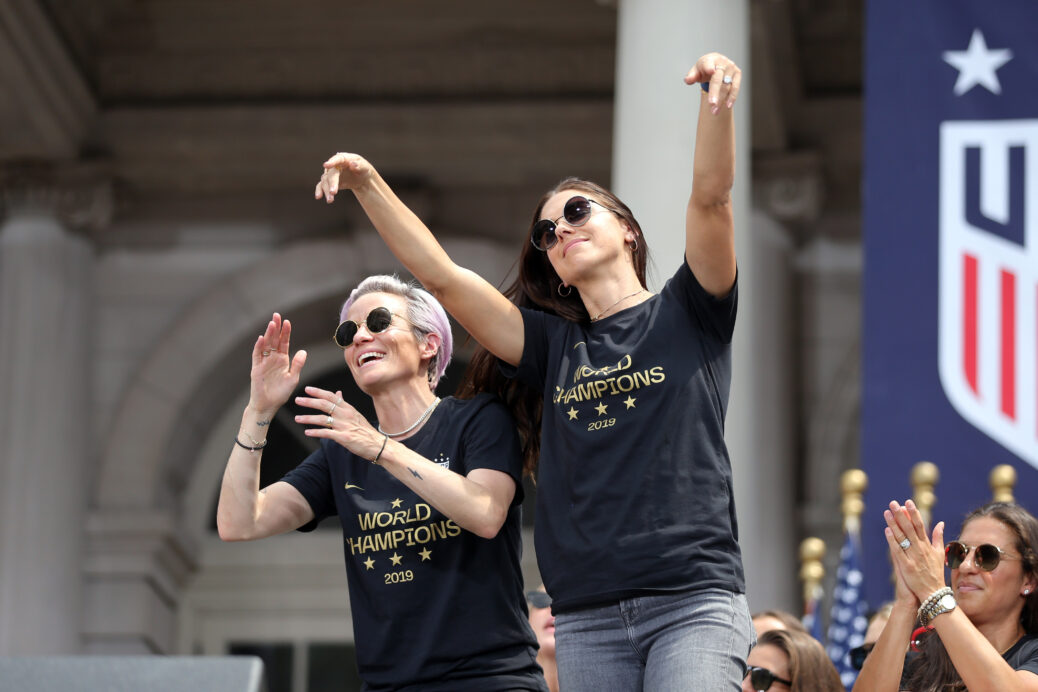 The reigning Women’s World Cup champion U.S. Women’s National team won’t go to the White House, a sentiment echoed by the like of Megan Rapinoe, Alex Morgan and several others on the championship-winning side.

That still doesn’t stop them from getting the White House style championship meal – a mountain of chicken nuggets.

Both Rapinoe and Morgan were guests on Jimmy Kimmel Live Thursday night and after talking with Kimmel about the team and its fight for equal pay, Kimmel decided to give them the recent White House treatment of America’s sports champions, presenting both USWNT stars with the fast food treatment.

Kimmel’s presentation may not have been the “greatest ever” but it was definitely hilarious.

The USWNT won their fourth Women’s World Cup title on Sunday, becoming just the second women’s national program to win back-to-back titles since Germany did so in 2003 and 2007. The USWNT defeated the Netherlands 2-0 in the Final with Rapinoe taking home both the Golden Boot and Golden Ball.