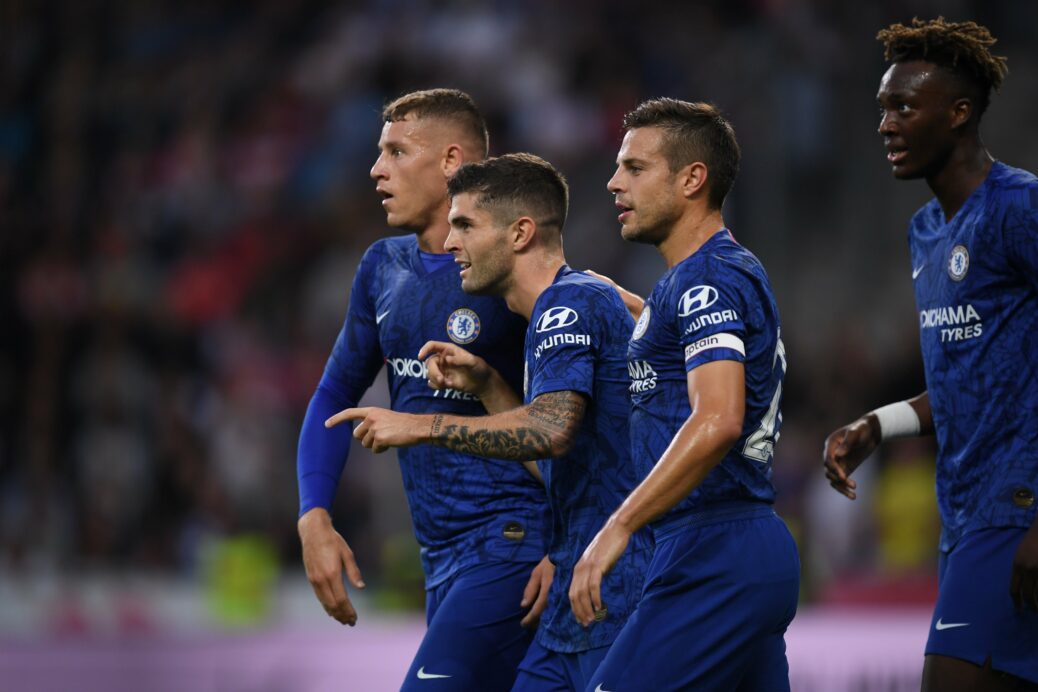 Chelsea fans received an encouraging look at what Christian Pulisic can bring to the Blues attack on Wednesday, as the American put on a show, opening his scoring account in style.

The U.S. Men’s National Team star found the back of the net not once, but twice in the opening 45 minutes for Chelsea, which is leading Jesse Marsch’s Red Bull Salzburg, 3-0, at halftime of their friendly in Austria.

Pulisic found himself in on goal in the 20th minute following a long ball over the top of the Salzburg defense, before drawing a penalty kick six minutes later.

The new Blues winger slowed down as the opposing defenders caught up, but Pulisic still managed to tuck his near-post effort into the goal.

THROUGH THE DEFENDER'S LEGS!

Christian Pulisic gets his first goal for Chelsea! pic.twitter.com/Gfcn3qaW78

The 20-year-old then captured his brace just prior to the half-hour mark in similar fashion to his first goal, latching onto a long ball and slotting home past goalkeeper Cican Stankovic.