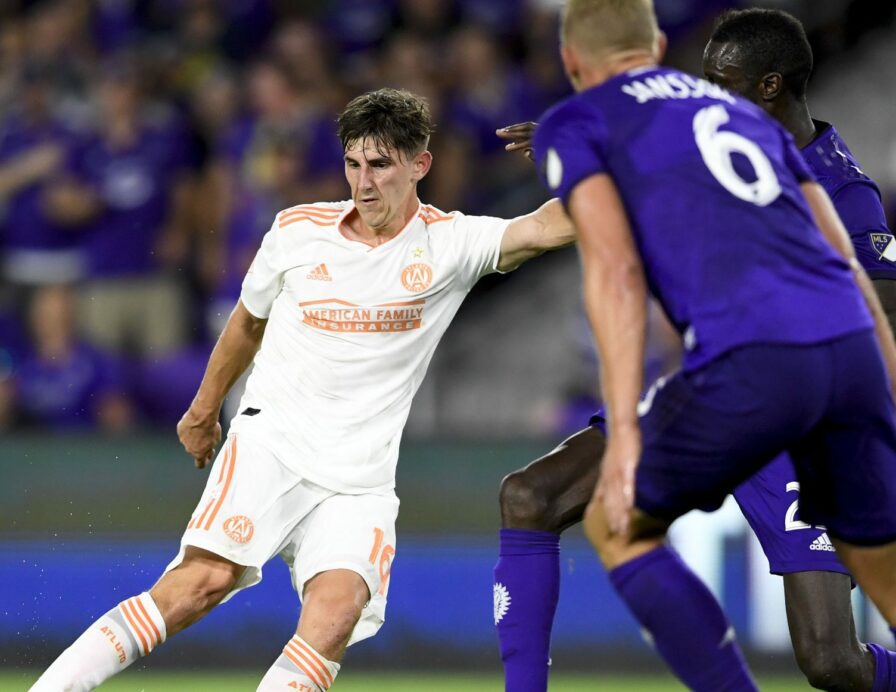 The defending MLS champs are heading to their first U.S. Open Cup Final.

Atlanta United booked its place in August 27th’s final after a 2-0 road semifinal win over Orlando City on Tuesday. Eric Remedi and Emerson Hyndman each scored goals to give Frank de Boer his first shot at a competitive trophy as Five Stripes head coach.

After a split start to the match, Atlanta United found the opening goal in the 37th minute. Adam Grinwis denied Remedi’s shot from outside of the box, but the midfielder followed up the play and would one-time a cross from Julian Gressel home for his first goal of the season.

Emerson Hyndman iced the match in the 78th minute for the Five Stripes, hammering home his first goal for the club. Remedi sent a ball down the left wing over the top of the Orlando backline, allowing Franco Escobar to latch onto it.

Escobar’s pass into the box found a streaking Hyndman who hit a low effort past Grinwis.

Despite the likes of Dom Dwyer and Nani in attack, the Lions struggled to get much on goal. Out of 12 shots in total, Brad Guzan only made two saves for the Five Stripes to earn the clean sheet.

Grinwis finished with five saves in a losing effort.