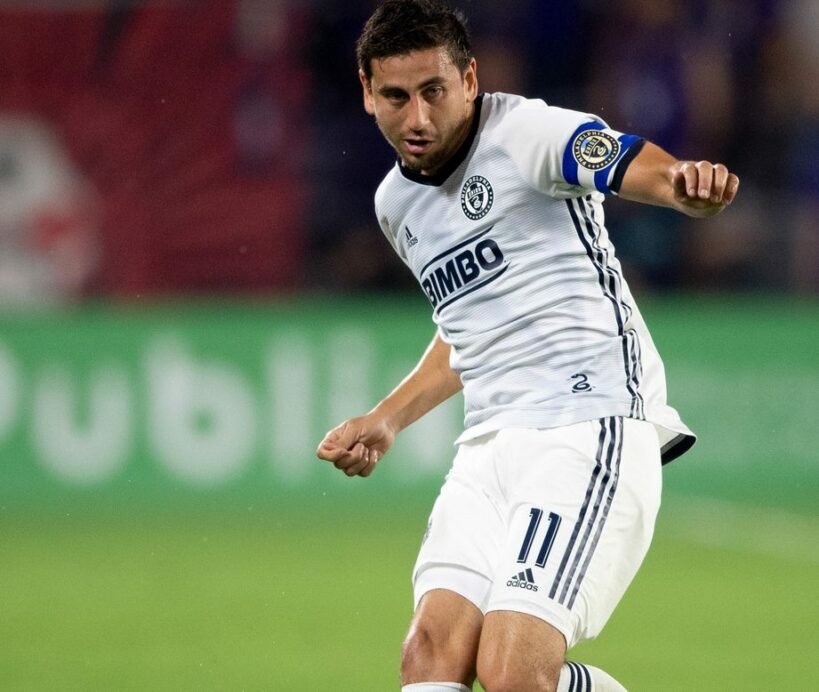 WASHINGTON — The Philadelphia Union bounced back from consecutive road defeats to steamroll rivals D.C. United 5-1 on Sunday night at Audi Field. Not only did the team pick up an important three points in the Eastern Conference playoff race, but its veteran midfielder and captain Alejandro Bedoya voiced his opinion on a serious issue in the United States.

After breaking the deadlock in the third minute, Bedoya celebrated with his teammates before picking up a tv microphone on the sidelines. The audio caught Bedoya screaming into the mic “Hey Congress do something, end gun violence lets go!”

Bedoya’s actions came just a day after a pair of shootings in Dayton, Ohio and El Paso, Texas killed 29 people and left many families and citizens rattled. It also came after five additional people were killed in the U.S. in other cities as well. The veteran was not shy after the match when asked about his actions on live television.

“I have nothing to be afraid of. I am not going to let them win or live my life in fear,” Bedoya said. “I’m not going to sit idle and wait for things to happen 50 years from now, I want change to happen now in this country. There is no reason for a person to have an automatic gun with 100 rounds and can shoot however many bullets in a minute. If the league wants to fine me, then fine me I don’t care.”

“There are days I drop my children off at school and I always worry about something happening,” Bedoya said. “I always worry about getting a text message or phone call that the school is on lockdown. Why should any human being live their life in fear? More guns are not the freaking answer that is one thing for sure.”

Bedoya has voiced his opinion in the past on the issue, as recently as 2018. After a shooting at Marjory Stoneman Douglas High School in Parkland Florida last March, Bedoya honored the victims by wearing a shirt under his jersey after a 2-0 win over the New England Revolution.

Although MLS may revisit the incident this week which could see Bedoya fined, it is a step in the right direction by professional athletes who want to see changes in the country. Union head coach Jim Curtin admitted he did not know Bedoya was going to celebrate that way, but he will continue to back him on and off the field.

“Look I’m on Alejandro’s team on the Union and on his team regarding his actions on gun control,” Curtin said. “250 shootings this year, I’m on his side. Things need to change in this country and I’ll support anyone who not only speaks their mind, but also does it informatively and intelligently every time. It’s a real issue that needs change.”

“A lot of people will tell myself and Ale to shut up and just worry about sports, but it’s crazy and it’s an issue that needs to change.”

The Union would roll their fifth consecutive league win over D.C. United which propels them back into the top spot in the Eastern Conference.