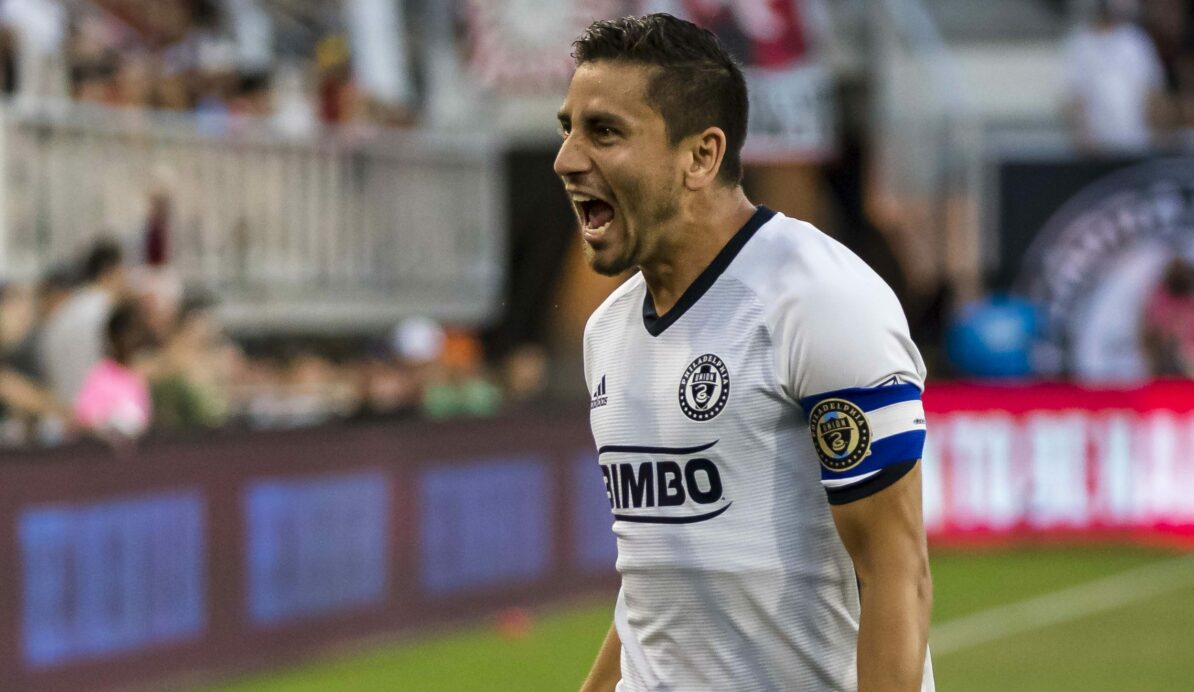 After scoring an opening goal in the third-minute, Bedoya picked up a sideline microphone and implored the United States Congress following recent shootings around the country.

Bedoya’s message was “Hey Congress, do something now. End gun violence.” A total of 31 people were killed in four separate shootings across the country last week, while an additional 50 were injured.

Dayton, Ohio and El Paso, Texas were the most recent shootings, happening on Saturday.

Major League Soccer released a statement on Monday in response to Bedoya’s actions.

Statement from #MLS regarding Alejandro Bedoya's goal celebration yesterday in which he implored Congress to take action on gun violience. #DOOP pic.twitter.com/eTnI9ZKRiF

“On this tragic weekend, on behalf of all MLS players I want to express my full support for @AleBedoya17’s exercise of free speech. To paraphrase his post-game comments, before our members are soccer players, they are people.”

“This morning, our nation is overcome with shock, horror and sorrow,” Trump said. “This weekend, more than 80 people were killed or wounded in two evil attacks. These barbaric slaughters are an assault upon our communities, an attack upon our nation and a crime against all of humanity.

“In one voice, our nation must condemn racism, bigotry and white supremacy. These sinister ideologies must be defeated. Hatred has no place in America. … We vow to act with urgent resolve.”

“Look I’m on Alejandro’s team on the Union and on his team regarding his actions on gun control,” Curtin said. “250 shootings this year, I’m on his side. Things need to change in this country and I’ll support anyone who not only speaks their mind, but also does it informatively and intelligently every time. It’s a real issue that needs change.”

“A lot of people will tell myself and Ale to shut up and just worry about sports, but it’s crazy and it’s an issue that needs to change.”