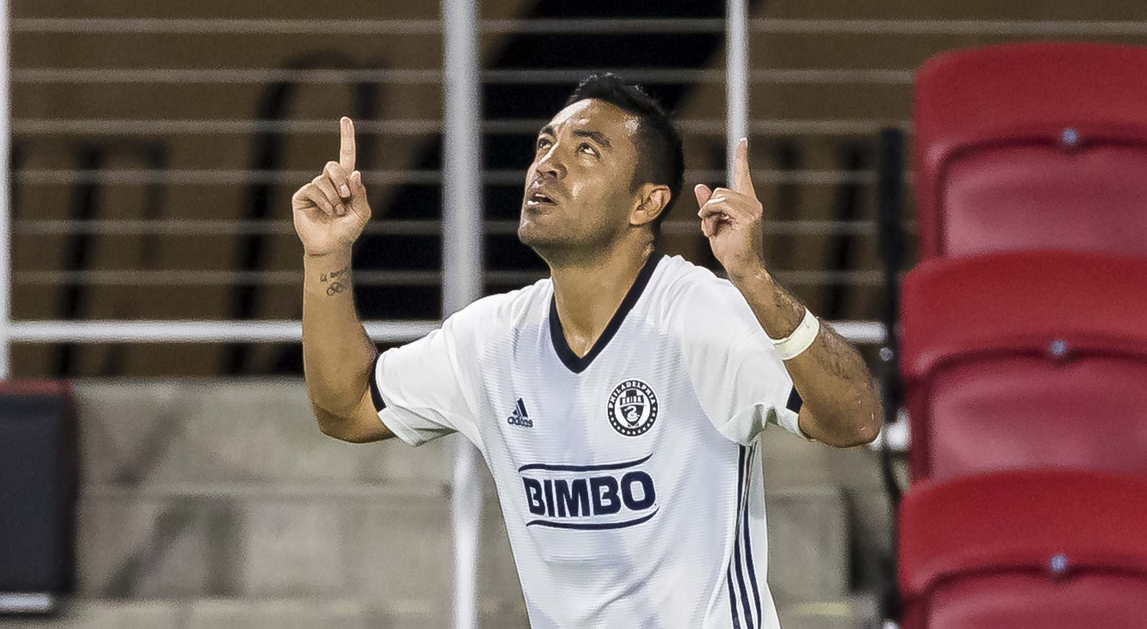 In a week featuring several high-profile MLS clashes, we saw both conference leaders step up to show why they have been the class of their respective conferences.

Los Angeles FC continued its winning ways, halting New England’s unbeaten run with a comprehensive victory at Gillette Stadium. The Philadelphia Union saw their hold on first place in the East threatened, but made the most of their short trip to Audi Field by recording a blowout victory over rival D.C. United.

Who were the best performers in MLS this week? Here’s a look at SBI’s picks for the league’s best in Week 22:

The Philadelphia Union’s romp over D.C. United and Sporting KC’s victory at Seattle were also worthy of a mention.

Colorado’s Andre Shinyashiki continued to build on his MLS Rookie of the Year candidacy with a goal and assist in the Rapids’ 6-3 rout of the Montreal Impact.

There were better finishes this week, such as strikes by Albert Rusnak and Diego Rossi, but the combination of the build-up, the tone it set as an early goal, and the post-goal message that resonated around the country, Alejandro Bedoya’s goal is this week’s pick.

Our captain @AleBedoya17 making a statement. Our hearts go out to everyone affected. pic.twitter.com/sJuKxjbIOA