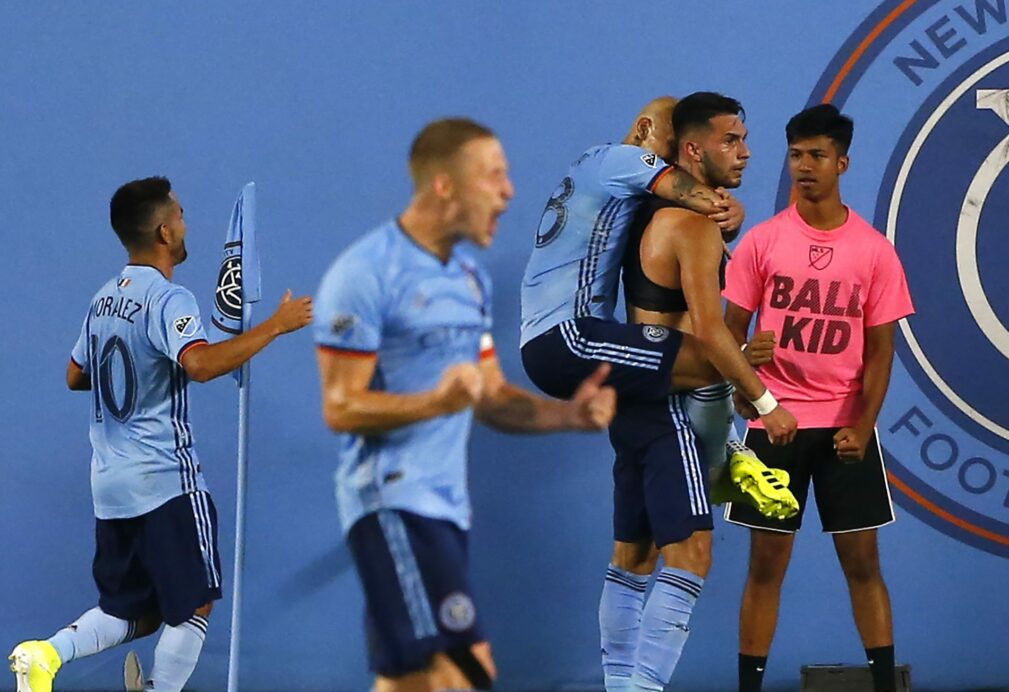 BRONX, N.Y. — It seemed like the night was going to end in frustrating fashion for New York City FC, but then substitute Valentin Castellanos stepped up late to ensure that was not the case.

A brace from Castellanos after the 82nd minute saw NYCFC rally to victory at Yankee Stadium on Thursday night, with the club coming from behind to defeat a 10-man Houston Dynamo side, 3-2. Castellanos’ equalizer came off a textbook nodded finish seven minutes from time, and the Argentine then produced the winner with a rebounded effort three minutes into stoppage time.

The Dynamo, which had been reduced to 10 men after a first-half red card to Romell Quioto for violent conduct, had threatened to steal all three points just six minutes before Castellanos’ first goal. Mauro Manotas blasted a precise shot to the far corner from 22 yards out, but Castellanos made the most of his 32 minutes on the field by coming up with the late heroics.

The match between the two sides was delayed at halftime for just under 80 minutes due to a weather delay caused by lightning in the area.

Down 2-1 late to a side playing with 10 men, NYCFC could have put its head down and folded. Valentin Castellanos refused to let that happen, however, scoring a brace after the 82nd minute to ensure his team would come out on top at home.

New York City FC fell behind in the 77th minute, but mustered an almost immediate response through Castellanos’ clinical header. It was just what the doctor ordered for NYCFC, too, as it put the Dynamo on their heels in the closing minutes and allowed for Castellanos to find a late winner.

The Dynamo nearly got a result, and, yes, an argument can certainly made that he was provoked by Ronald Matarrita, but Romell Quioto should have known better than to respond to contact by hitting the Costa Rican with a forearm to the head. Quioto’s rush of blood forced the Dynamo to play down a man for more than an hour, which ultimately proved to be too much for the club.