De Ligt, Lukaku, and other new faces to watch for in Serie A 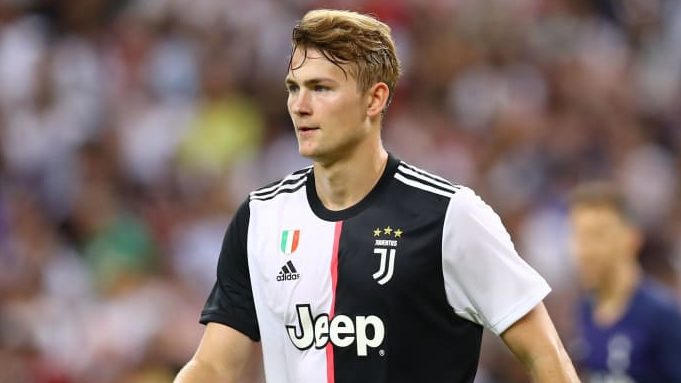 Some of Europe’s most interesting transfer business has been carried out in Italy as clubs prepare for another Serie A season. Juventus has dominated the league in the past few seasons and have strengthened its squad to maintain their strangle hold on the Scuedetto.

Meanwhile, teams like Inter Milan and AC Milan have done what they can during the transfer window to improve their chances of a top four finish or to even challenge for the league title.

The 20 clubs in Italy’s top flight have fought to secure the signings they believe will help bring a positive season ahead. With that comes new faces who will play in the Serie A for the first time. Here are some of those new players to keep an eye on:

In one of, if not the biggest, transfers of the summer, Matthijs de Ligt has moved from to Juventus from Ajax. The Dutchman signed with La Vecchia Signora for €75 million following links with other European giants like Barcelona and Paris Saint-Germain.

Emerging from Ajax’s famed youth academy, de Ligt first captained his side at just 18 years old. As captain, he helped lead his team to the semifinals of last season’s UEFA Champions League where a last minute goal denied them a place in the final. De Ligt also played a critical role for Ajax in the league as they won the Eredivisie for the first time since 2014.

Not only has the now 20-year-old proven himself at the club level, he has also done it on the international stage with the Netherlands National Team. Making his debut as a 17-year-old, de Ligt has continued to pick up international caps since 2017. He is now regular starter and looks to be equally as important heading into Euro 2020 qualifiers.

Winner of the last Golden Boy Award, de Ligt looks likely to continue to develop as one of the best defenders in the world. Now in a team with defenders like Giorgio Chiellini and Leonardo Bonucci, it can only be imagined how much the young defender will learn and improve during his stay in Turin.

Juventus aren’t afraid to spend big as shown through their purchase of de Ligt, but they have also shown their ability to make some savvy deals this summer. One of those deals was the free transfer of Aaron Ramsey.

The Welshman spent over a decade at Arsenal following his move from Cardiff City. The midfielder became a regular in the starting eleven when fit and went on to have a successful time playing for the Gunners. He made 371 appearances, scoring 65 goals and assisting 65 times, as he helped the team win three FA Cups during his time at the Emirates.

A box-to-box midfielder who provides an extra target thanks to his runs into the box, Ramsey will be quite the asset for Juventus. With Blaise Matuidi and Sami Khedira well into their 30s, the addition of Ramsey was a necessary one to freshen up the midfield while still maintaining the quality needed for a club with such high aspirations.

Another savvy deal from I Bianconeri, Adrien Rabiot was also brought in on a free transfer. The controversial French midfielder signed for the club after contract negotiations broke down with PSG.

Rabiot’s lack of discipline and PSG’s resulting stance that he wouldn’t play for the club again was at the heart of the 24-year-old’s troubling final months with the Parisians. However, the player’s later opposition to being left off France’s World Cup squad and inclusion into a standby list suggests he might be someone with a difficult character to manage.

Despite these concerns, there is no doubt in Rabiot’s abilities. A central midfielder who rarely loses possession, can win the ball back, and has an eye for a pass, his quality is undeniable.

If Rabiot can stay in line at his new club, PSG’s loss looks to be Juventus’ gain.

Receiving the ball inside the box, he cut inside onto his favored fight foot before taking another touch, setting himself to blast his effort past a diving Manuel Neuer. This was the goal scored by Hirving “Chucky” Lozano against Germany to give Mexico one of their most historic victories at last summer’s World Cup.

Prior to Russia 2018, there was huge hype around the winger who had just completed his first season at PSV, following his move from Pachuca. He had shown his blistering pace and ability to be a threat in an offensive third in Mexico, but went and did it in the Netherlands as well. Then he began to show it on the international stage as well. Lozano seemed to be the real deal.

Now, the Mexican has made the move from PSV to Napoli in a record €42 million transfer.

In each of the last two Eredivisie seasons, Lozano scored 17 goals and provided eight assists. The jump from the Netherlands to a top five league had proved too much for many players. The question for Lozano is can he adapt to the Serie A and perform? Can he secure a place in the starting lineup despite competition from Lorenzo Insigne, José Callejon, and Dries Mertens?

Only time will answer these questions, but what is certain is that if he can indeed perform in Italy, Napoli will have a star on their hands who can potentially get them closer to a first Scudetto since the days of Diego Maradona.

A player who was rumored to be on his way out for some time, Romelu Lukaku secured a move away from Manchester United, joining Inter Milan. The Belgian striker cost the Nerazzurri £74 million.

He never truly won over the fans at Old Trafford, despite scoring 42 goals in 96 appearances. The powerful forward has been a regular for his country for years now, becoming their all-time top goalscorer.

A player that Inter manager Antonio Conte has been interested in for some time now has finally got his man. At his last club, Conte tried to sign Lukaku for Chelsea before ending up having to settle for Álvaro Morata.

The 26-year-old faced immense criticism during his stay at Manchester United. Fans claiming he was too slow, clumsy, amongst other criticisms. Now at Inter, Lukaku will hope his new club’s fans will receive him better.

With Mauro Icardi unfavored by Conte, Lukaku has taken his number nine shirt as is set to be Inter’s main man up top this upcoming season.

Another piece of good business from a top Serie A side, Inter Milan secured the signing of Diego Godín following the expiration of his contract at Atletico Madrid. The Uruguayan defender has debatable been the best center back, not only in Spain, but in the world for the past few years. Although he is now a 33-year-old, he still offers plenty for his new side.

With the Nerazzurri being managed by Conte, Godín looks set to be part of their new back three. Stefan de Vrij and Milan Skriniar have already shown themselves to be some of Serie A’s best defenders, with Godín now at the club, Inter are set to have a stellar base to build from.

Plus, Godín brings bags of leadership and experience that can only help the club during his stay.

Another addition for Inter Milan, Valentino Lazaro joined from Hertha Berlin in a €22 million transfer.

The Austrian international typically plays on the right wing, but can also play as a right fullback. Last season, he managed to score three goals and register six assists in the Bundesliga. Lazaro will be tasked to replace the departing Ivan Perišić who has moved to Bayern Munich.

The 23-year-old is another addition that Inter will hope can propel them to a title challenge as they seek to dethrone rivals Juventus this season.

Despite being punished as a result of financial fair play, AC Milan have been busy this summer. One of the major signings was the addition of Theo Hernández. The left back joins from Real Madrid for a €20 million transfer fee.

The Frenchman was on loan at Real Sociedad last season after being deemed surplus to requirements for Los Blancos. He made 22 starts in La Liga, scoring once and recording two assists.

He emerged from Atletico Madrid’s academy, along with his older brother Lucas. Seeking more time on the pitch at a top club, Theo Hernández may prove vital to helping AC Milan qualify for next season’s UCL.

A versatile player, Leão can play in the center and on the left of the attack. Having come up through Sporting Lisbon’s youth system, he was purchased by Lille. In the Ligue 1, Leão scored eight times and had two assists as he helped the club to a second place finish.

At the tender age of 20, the Portuguese attacker as bounds of potential that Milan fans hope he can uncover as he continues to develop.

One of Spain’s top keeper, Pau López completed a move from Real Betis to Roma. The Spaniard cost the Italian club €23.5 million.

Having just moved to Real Betis from Espanyol last season, López had become one of La Liga’s best goalkeepers. As a result, he has been on the verge of a regular place in the Spain squad. Already boasting the likes of David De Gea, Kepa Arrizabalaga, and Sergio Rico among others, this is a credit to the quality López possesses.

Last season, the goalkeeper had 10 clean sheets from 33 starts while playing in a team that regularly risked losing possession in their half of the pitch. After the departure of Alison Becker and the unconvincing performances of Robin Olsen, Roma can now feel safer behind the gloves of López.

Fiorentina struggled last season in the Serie A, especially in the second half of the season as they finished in 16th place, a mere three points above the relegation zone. La Viola can’t afford to have a repeat performance this season and have made a big signing to move the club back in the right direction.

Signed on a free from Bayern Munich, Fiorentina have signed Franck Ribery. The French winger became a hero for the Bavarians, but injuries and age began to take its toll. Last season he made 10 starts, scoring six goals and assisting a further three.

The 36-year-old isn’t the player he was ten years ago, but has shown he still has some time at the top level left.

A signing that perhaps went under the radar, Nahitan Nández was signed by Cagliari. The Uruguayan cost the Serie A club $14 million as he left Boca Juniors.

Nández was highly-rated in South America, having been a starter for Boca Juniors for some time. Last season he was key to their run to the Copa Libertadores Final where they ultimately lost to eternal rivals River Plate.

Usually a center midfielder, Nández can also play on the right. He joins other midfield recruits for Cagliari including Radja Nainggolan and Marko Rog.

The 23-year-old is part of a young group of Uruguayan midfielders who are beginning to emerge at the club level, as well as on the international stage including Rodrigo Bentancur, Lucas Torreira, and Federico Valverde among others.