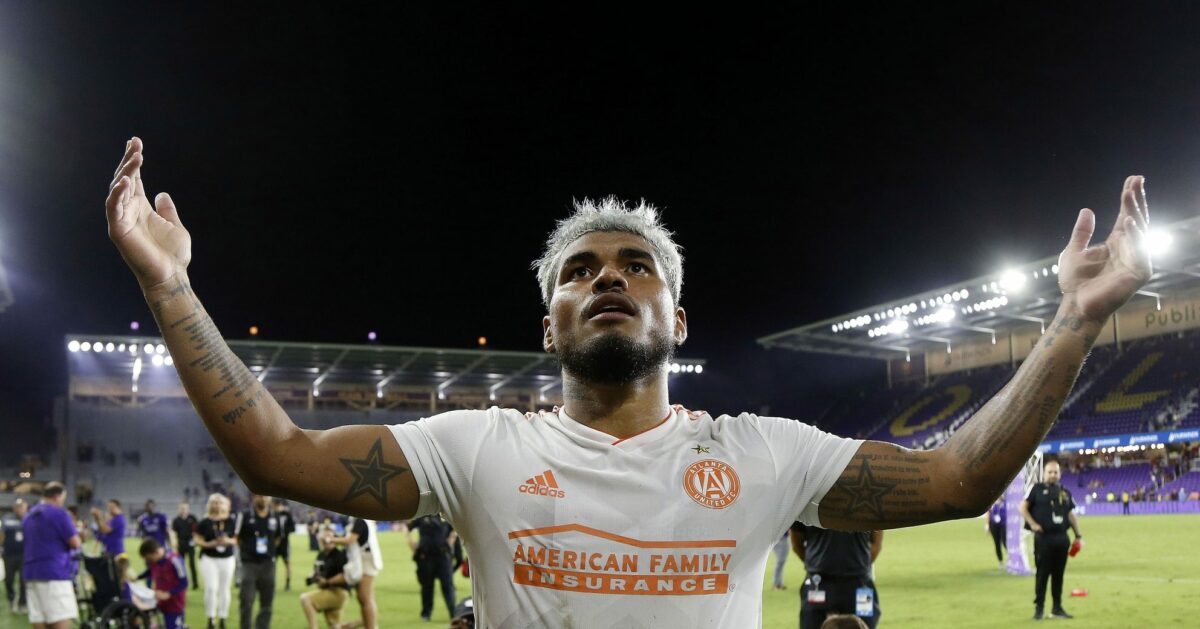 Atlanta United is finding its form at the right time of the 2019 Major League Soccer season. The defending MLS champs picked up their fourth-consecutive win on Friday, with star striker Josef Martinez once again playing the hero.

The reigning Golden Boot winner scored his 22nd league goal of the season on Friday in a 1-0 win over Orlando City. It was Martinez’s 12th consecutive match with a goal, which was all the Five Stripes needed to pick sixth straight win over the Lions in all competitions.

“Well you know that Josef [Martinez], when he gets a chance that’s normally, 90% of it goes in. He was very close to a second. He did almost everything perfect, but then he hit the post, but you know that he can do that for you,” Atlanta head coach Frank de Boer said.

“What is key, you can also say when they made the goal, you can also say they deserve it. What is the key, we were more lucky today I think. We have to try to avoid that we are lucky, but again you’re going to have these kind of games during the season.”

It was a match in which the hosts had the better of the offensive chances and held their own against Atlanta’s dynamic attack. However, when a goal was needed to break the deadlock, the Venezuelan forward came up clutch for his side. Ezequiel Barco played a pass for Martinez, who rifled a shot outside of the box into the bottom-right corner.

The 26-year-old had two of the Five Stripes three shots on goal in the match, but most importantly helped his side pick up a second straight road win. The result gives Atlanta an edge over the Philadelphia Union in the Eastern Conference standings, and momentum heading into this week’s U.S. Open Cup Final against Minnesota United.

“Yes, we felt tired, I just said to some of the guys that I was feeling tired all day, even at the hotel. I felt a little bit tired but you can never underestimate the champion,” Martinez said. I” had a few chances today I could’ve scored more, but the most important thing is that we got the win and now we have to get ready for the [Open Cup] final on Tuesday.”

The Five Stripes will aim for their second trophy of the calendar year as they face the Loons at Mercedes-Benz Stadium on Tuesday. For Martinez, he will be expected to play a major part in the match and also the remainder of the MLS regular season as the Five Stripes try to get back to the final.

A four-match winning streak, a goal difference of +8 over that span, and a comfortable schedule remaining on the board is all pointing in favor of Atlanta United to continue moving in the right direction for the playoffs.

“ I want to always play with the strongest team, but I also look you know if somebody really you think that he’s tired, you know we have to rotate that on the squad,” de Boer said. “We can rotate and I will not hesitate to do that, but we’re going to see that now against Minnesota. Everything, our focus is on Minnesota. I just said in my pre-match meeting with the guys ‘Don’t think about that, they will go after us if we’re not ready yet and we get injuries and we are on our front feet. We need to get a good result here, and then after the game we’re going to think about Minnesota.”