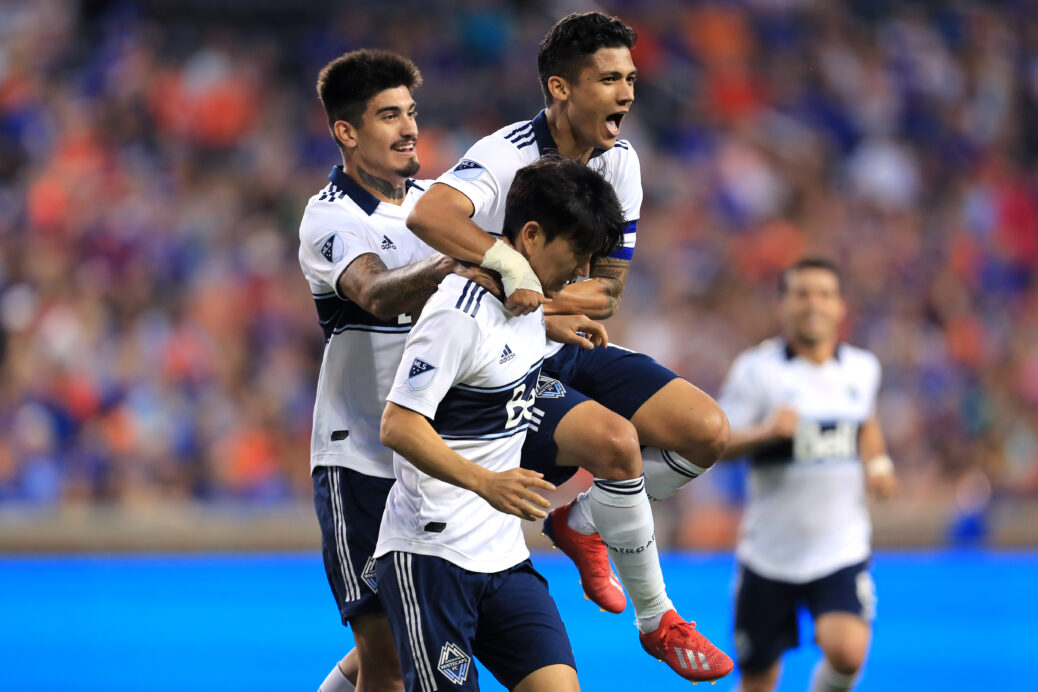 The Vancouver Whitecaps will be leaving Saturday’s visit to Nippert Stadium with three points and a freshly snapped nine-game winless streak thanks to a late go-ahead goal from Felipe to walk away with a 2-1 win over struggling expansion side FC Cincinnati.

In the 74 days between wins head coach Marc Dos Santos, who is in his first season at the helm of the Whitecaps, has had to do a fair amount of experimenting to find a winning lineup.

“We believe that if we stick together and play as a team we can get results all the time. I thought the first 20 minutes were very difficult. Cincinnati came very well into the game and we were not able to cope with some situations and they were switching the point of attack. It created problems and they were up on the score, and deservedly so.” Dos Santos said.

The reaction to surviving the first 20 minutes was significant. At that point the Whitecaps were outshot six-to-one, struggling mightily with possession, and trailing 1-0 after a sixth-minute blip.

It took until the 42nd minute, but Vancouver grew into the game and found the equalizer just before halftime on a stylish strike from Hwang In-Boem.

“We were able to take a little bit more charge of the game and In-Boem gets a very good goal and then when we came back to halftime at 1-1, we had a belief that if we do things right, we would get other chances to win the game.” Dos Santos said.

Staring at a new deadlock to start the second half, it got ugly again for the Whitecaps found themselves absorbing pressure from Cincinnati, who simply didn’t convert on a handful of opportunities.

However, the storm was weathered and the midfield unit was able to produce another goal. This time it was league veteran Felipe, who earned his first goal of the season from the counter.

“I think In-Beom has been fantastic for us, especially at the position. He’s been playing the best all year long, I think because he has more freedom. He dictated the rhythm of the team. Rusty [Teibert] is Rusty. He is always fighting, he is always giving everything.” Felipe said.

“I said it was 50% his goal, but I think it was 99% his goal, and 1% for me. He put a great ball in. It means a lot, this goal for me. I dedicate it to all my family because my wife knows how much I suffer all year long. I think it’s a great moment, especially for the team.

Between the five players total appearing on the scoresheet across the goals and assist columns, it was the midfield unit that shined on Saturday. Nobody will mind that after such a needed win, but striker Fredy Montero was silent once again adding another match to his goal drought that has seen him blanked in every match since June 22nd against Colorado Rapids.

“You work together, you don’t really care where the goals come from. Of course you always wish to have many different players scoring and having an attack that is very very provocative going to goal, but when that doesn’t happen well other people have to come in a help and In-Beom with a great shot from the outside and then the run from Russell [Telbert] and Felipe are aggressive and I am happy for them.” Dos Santos said.

Though the odds aren’t on Vancouver to return as a playoff contender quite yet, Caps fans will certainly be left happy with a comeback win on the road after all of the recent trouble. With MLS hitting the home-stretch towards the playoffs, there’s still plenty of time to make things interesting.

“Right now, nobody from the outside is going to help us and unfortunately we are not going to get help from the outside and we have to stick together, close our locker room, fight together and that’s what we did again today.” Dos Santos said.

Looking ahead, the rejuvenated Whitecaps return to action out west for a new chapter in the Cascadia Cup rivalry with Portland Timbers at Providence Park.