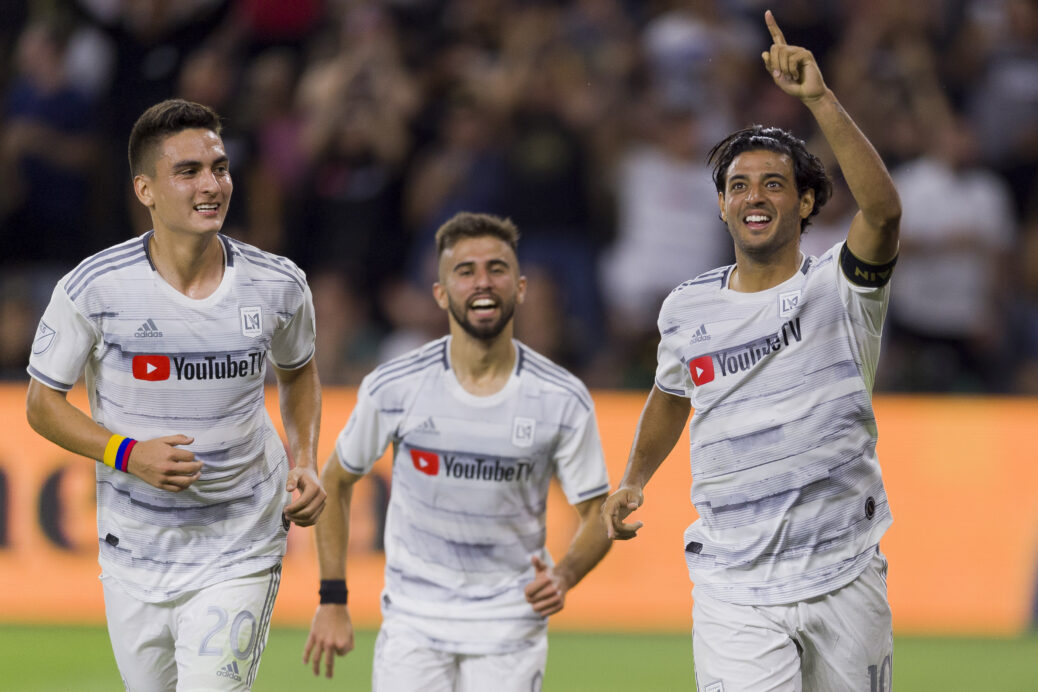 There were only three matches on the docket Wednesday night, but the MLS action didn’t disappoint.

Here’s a closer look at all of Wednesday night’s results.

Valentin Castellanos scored his 10th goal of the season on Wednesday night, propelling NYCFC past Crew SC at Yankee Stadium.

📽️ | Taty hits his tenth of the season to give #NYCFC the lead in The Bronx!

NYCFC now sits just a point behind Atlanta United at the top of the Eastern Conference, while Dome Torrent’s side has a game in hand over the defending MLS Cup champions.

The hosts held over 70 percent of the game’s possession, and had more of the chances as well. Alex Ring nearly opened the evening’s scoring in the 19th minute when the NYCFC midfielder struck a shot from the top of the box off a corner kick.

A wild first half saw Kaku score inside six minutes, however, each team had a player sent off before the halftime whistle.

D.C. striker Wayne Rooney was dismissed in the 24th minute for shoving Cristian Casseres Jr. in the neck, before Red Bulls defender Amro Tarek was shown a second yellow card on the stroke of halftime on a questionable decision.

Despite the setbacks for both teams, Ola Kamara got D.C. back in the game in the second stanza with a tremendous curling effort from outside the box, but a curious officiating decision restored the Red Bulls lead moments later.

Michael Murillo drew a penalty kick just before the hour mark, and Daniel Royer smashed home the ensuing spot kick to give New York a 2-1 lead, and ultimately the road victory.

The Red Bulls will meet NYCFC over the weekend, while D.C. travels to face the Philadelphia Union.

This one was over early, as LAFC continued to do what they have done all season; win games. Diego Rossi struck in the sixth minute, before Carlos Vela added two more goals before halftime.

Vela improves his 2019 goal tally to 26 on the campaign, which is just five shy of tying the MLS single-season record set last season by Atlanta’s Josef Martinez.

LAFC won its fifth straight match on Wednesday, as Bob Bradley’s side progressed to 61 points on the year. The West leaders are now 16 points clear in the Supporters’ Shield race with eight matches remaining.

Meanwhile, the Quakes remain in sixth place in the Western Conference, sitting on 38 points.