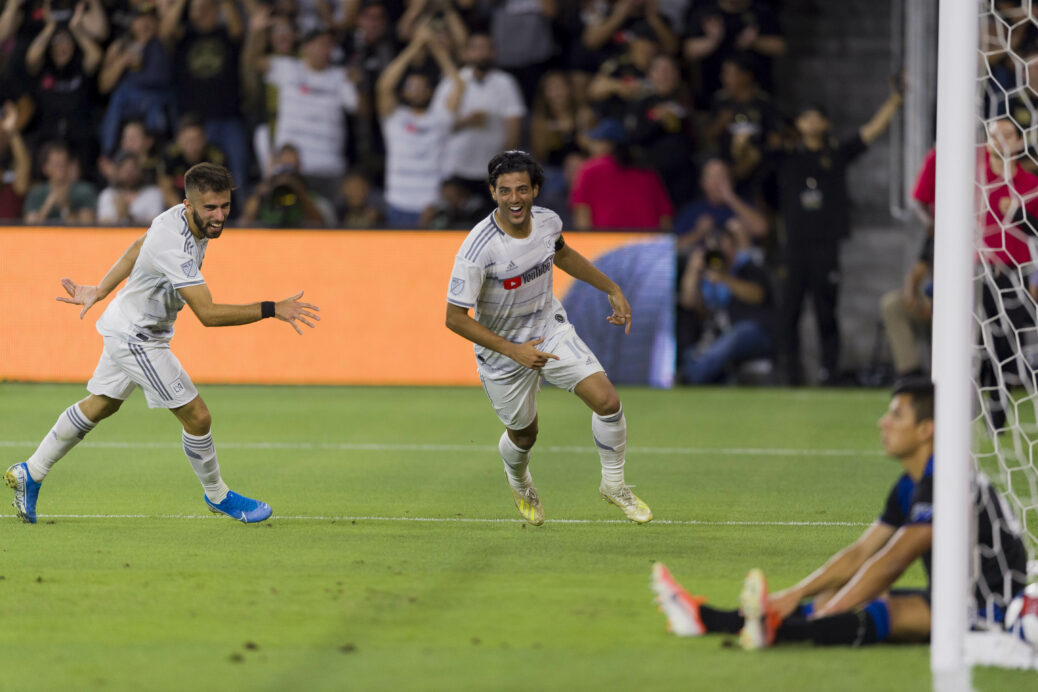 Los Angeles FC routed the San Jose Earthquakes on Wednesday night, and Bob Bradley’s side certainly had some fun in doing so.

Star forward Carlos Vela scored a tremendous first-half goal after weaving his way through the entire Earthquakes back line, and eventually past Quakes goalkeeper Daniel Vega.

The goal was Vela’s second of the evening, after delivering from the penalty spot earlier in the match.

The Mexican international leads MLS with 26 goals in 2019, and is just five shy of tying the all-time single-season goalscoring record set by Josef Martinez last season.