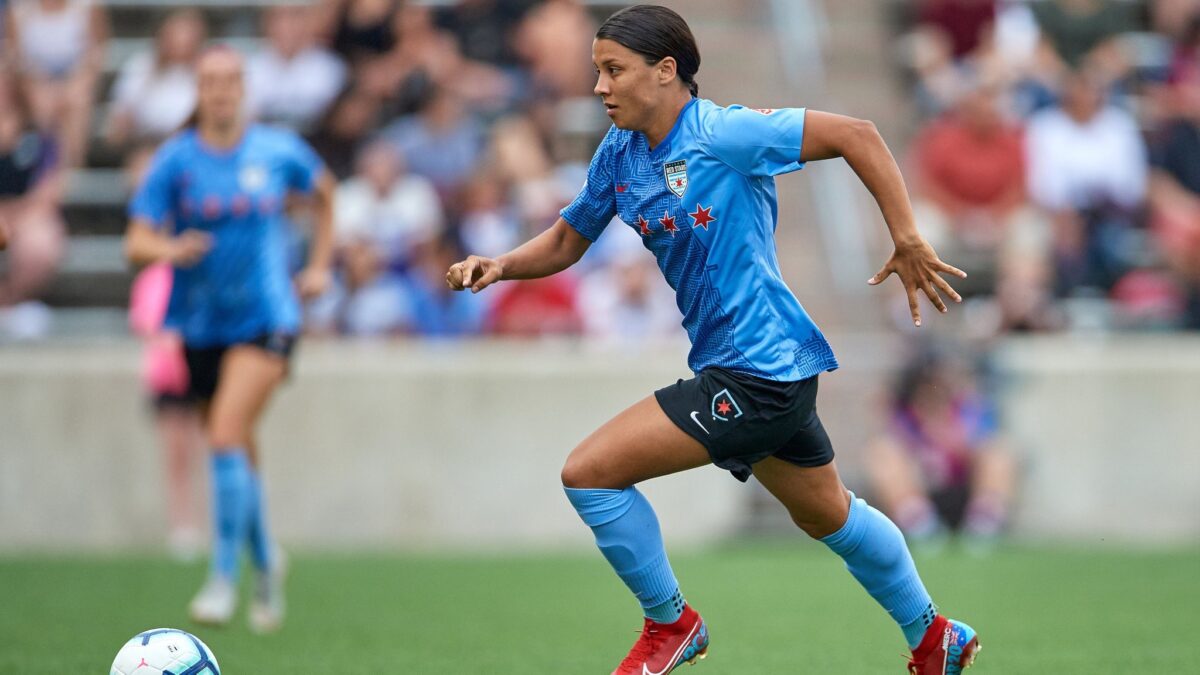 Four National Women’s Soccer League tilts over the weekend saw the rich get richer as the top three teams in the table went unbeaten at home.

With the FIFA World Cup Champion U.S. Women’s National Team kicking off its domestic victory tour, the week provided a test of depth for several teams missing their star power once again, as we enter the home stretch towards the playoffs.

The North Carolina Courage, Portland Thorns, and Chicago Red Stars find themselves separated by only two points for the supporter’s shield with 15 games in the books and the season winding down.

Bouncing back from the 4-0 embarrassment at the hands of Chicago Red Stars last week, Reign FC earned a 1-0 road win at BBVA Stadium on Friday against Houston Dash.

In her first start for Reign, it was Rosie White who broke the deadlock in the 21st minute. She cleaned up some chaos in the box and finished a chance created by a Shea Groom Richochet and that was all Reign needed to take three points back to Tacoma.

Both teams were left short-handed by the USWNT victory tour, and the Courage took control of the match in the 64th minute after Debinha Miri lifted her side with a close-range conversion.

The strike was good for the Brazilian’s fourth goal of the season as the Courage maintains first place in the NWSL table and a perfect record against the Spirit, with the running tally moving to 8-0-0 all-time.

Seatgeek Stadium in Bridgeview, IL saw the Chicago Red Stars pick up its fourth-consecutive win to the tune of 2-0 over the Utah Royals on Saturday.

Wasting little time, the Red Stars got on the board in the fifth minute after Casey Short found Sam Kerr in the box. Kerr initially headed the ball goalward, but Utah keeper Nicole Barnhart put her save back into play, and Kerr didn’t miss the chance to clean up her own ricochet from point-blank.

For good measure, Red Stars would double in the 85th minute thanks to Brooke Elby. She was isolated in the box and swarmed a Savannah McCaskill deflection to finish off the evening.

Kerr’s tally sees her extend her golden boot campaign with 12 on the season as Chicago finds itself in third place, but only two points off the Courage.

Over 19,000 gathered at Providence Park to see the Portland Thorns and Sky Blue FC split the points on Saturday night.

Thorns’ Christine Sinclair converted from the spot in the 39th minute, extending her goal-scoring streak to four consecutive games. She was teed up by Haley Raso, who took hard contact from Sky Blue’s Estelle Johnson at the edge of the box.

Imani Dorsey would find a late equalizer for Sky Blue though. In the 69th minute, Elizabeth Eddy found Dorsey isolated at the top of the box and the Duke product was clinical from distance, burning Portland keeper Britt Eckerstrom on the far post.

Sky Blue would survive some late chaos that included a second yellow for Amandine Pierre-Louis. Clinging to the draw, they shake off a three-game losing streak while Portland extends a four-game unbeaten run.