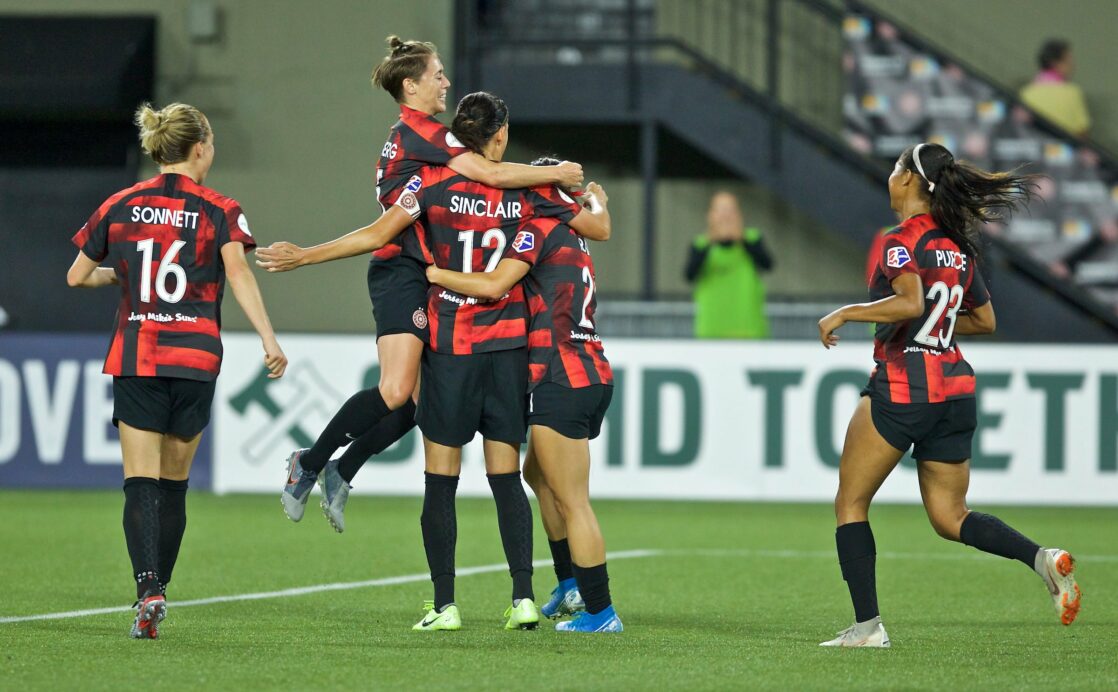 Three National Women’s Soccer League tilts played out over the weekend, and for the first time in the late season, there’s a little separation starting to grow at the top of the table.

For the moment, the Portland Thorns can breathe easy with a four-point lead over the Chicago Red Stars, who saw a five-game winning streak get disrupted in a midweek match with Sky Blue FC.

By popular demand, Sky Blue hosted Reign FC at Red Bull Arena after tickets to the game exceeded capacity at Yurchak Field, the teams split the points as Megan Rapinoe remains sidelined with an injury from the World Cup.

The surging Utah Royals FC won their third in a row against an Orlando Pride that was missing some star power. The result shakes up the playoff standings with mere weeks to go.

Here’s a closer look at the NWSL weekend action:

After finishing last week’s loss to Houston that resulted in only nine women on the field at the end of the game, Orlando had to suffer through its second straight loss without the help of its star striker Mara and new addition Julie King.

It took until the second half, but none other than Christen Press broke the deadlock just before the hour mark. Lo’eau Labonta chipped the Orlando line, and Press was there to knock in her sixth goal of the season.

Amy Rodriguez would seal the victory moments later on a breakaway. She drew Pride keeper Ashlyn Harris off her line, Harris got a hand on it but it didn’t stop the strike from going in.

The win slides Utah into fourth place for the moment, which would see them as the last team in the playoffs if the season ended today.

First place is a little stronger in the Thorns’ clutches after Saturday’s dominant win over Washington Spirit at Providence Park.

Tobin Heath earned a record 25th all-time assist from a corner in the 19th minute after Emily Sonnet finished the opportunity from point-blank.

The teams would swap goals in the late stages when Sinclair cleaned up a ricochet in the 63rd minute, and Spirit’s Andi Sullivan created a golazo from distance. Though the strike was impressive, it was of little consolation for the struggling side who fell into its third consecutive loss.

Reign FC won’t be thrilled after losing control of its playoff spot on the road to a struggling Sky Blue FC.

To be fair, it was a hallmark day for Sky Blue as the team played its first-ever match at Red Bull Arena on Sunday, and things were looking good for the home team initially.

Reign keeper Casey Murphy left her line to defend Elizabeth Eddy on a breakaway and Eddy punished her for it when she finished into the wide-open net.

The lead would be brief though, as it took less than a minute for Reign to respond. Allie Long fought through traffic and set Jodie Taylor up with an opportunity from point-blank, she’d finish and pick up her second goal of the season.

Despite amassing 18 shots, Reign wouldn’t find another goal in the afternoon as Sky Blue preserved a point in front if its largest-ever home crowd.