Lo Celso, Pepe and the new faces to watch for in the English Premier League 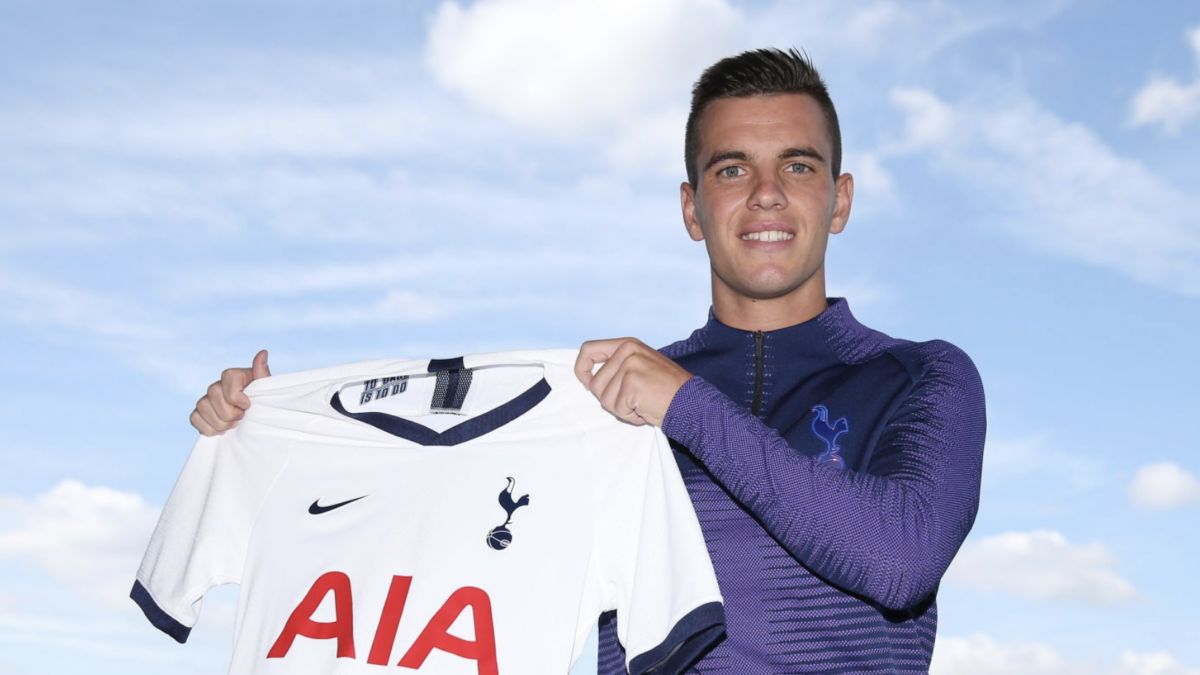 With another English Premier League season kicking off of Friday, transfer business is entering its most frantic time of the year. As players are signed to new clubs, questions are asked whether or not they will fulfill expectations for the team.

With every season comes signings that become labeled as flops and others that are deemed as smart financial moves.

Looking ahead to the start of this new season, here are some of the new faces to keep an eye on in England’s top flight.

Arsenal’s spent a record £72 million to bring in Nicolas Pépé. The Ivory Coast international was in fantastic form last season for Lille as he scored 22 goals and had 11 assists in Ligue 1. His contribution was instrumental as the team finished in second place, qualifying for the UEFA Champions League for the first time in five years.

He represented his country in the Africa Cup of Nations, starting three games, as the Ivory Coast fell to eventual winners Algeria in the quarterfinals.

The 24-year-old has forged his career out of France, making this move to Arsenal his first move abroad.

Another new signing for the Gunners, Dani Ceballos has come in on loan from Real Madrid. The former Real Betis midfielder is one of Spain’s bright young talents.

The 22-year-old impressed while in Seville, earning him a move to Los Blancos in 2017. His coach, Quique Setien advised him not to make the move, due to the potential lack of playing time which could stunt his growth. Lo and behold, that’s exactly what happened.

Yet, he continues to be seen as a future midfielder for La Roja and has certainly shown he looks the part. At this summer’s U-21 European Championship, Ceballos played a major role in leading Spain to become champions. He scored two goals and recorded two assists before being named the player of the tournament.

He seems to be determined to break into the Real Madrid starting eleven, but in the meantime, will have to prove himself in North London. His contract did not include an option to buy.

Having not purchased a single player in the past two transfer windows, Tottenham Hotspur have finally begun to invest in their squad. One of their signings comes in the form of Tanguy NDombele. The French midfielder was purchased from Lyon for £62.8 million.

The 22-year-old made a name for himself at Amiens in Ligue 2, prior to his move to Lyon. For the past two seasons, the powerful midfielder has been a fixture in their starting lineup. His performances caught Didier Deschamps attention after their World Cup triumph and Ndombele has since become a regular in the French squad.

Tottenham also secured the signing of midfielder Giovanni Lo Celso from Real Betis. The Argentine international came on loan, with an option to buy.

Lo Celso was on loan from PSG before Real Betis decided to purchase him. However, Tottenham have now acquired the 23-year-old. The creative midfielder is highly rated, so much so many pointed to him being the key player for Argentina in this summer’s Copa America.

Hopes were that Lo Celso would be the vital link between the Argentine midfield and Lionel Messi. Although the team never performed as well as Albiceleste fans would have hoped, the midfielder continues to be a beacon of hope for the national team in the near future.

Mauricio Pochettino’s side has certainly strengthened in the midfield as Lo Celso provides an extra option in the midfield. Most importantly, he represents a better option as an alternative for Cristian Eriksen than the other members of the squad.

Reigning Premier League champions Manchester City have also been active this transfer window. The Citizens have brought in yet another midfielder to bolster the immense quality already at their disposal.

Signed from Atletico Madrid, Rodri has joined City after the club met his €70 million release clause. The 23-year-old spent one season at Los Colchoneros, where he was purchased last season from Villarreal.

Rodri is a player much in the mold of Fernandinho. The Brazilian is now 34 years old and will be turning 35 before the end of the season. The Spaniard will rotate with Fernandinho and should become his successor upon his departure from Manchester City.

Like Ndombele, Rodri has begun to collect international caps following the World Cup last summer. Also like Ceballos, he is expected to become a regular starter for the national team in the years to come.

A move that was rumored throughout the summer finally transpired with the transfer deadline quickly approaching. João Cancelo has joined Manchester City from Juventus as Danilo moved in the opposite way. Within this deal, it was agreed that Manchester City pay La Vecchia Signora £27.6 million.

The Portuguese right back is certainly an improvement to the outgoing Danilo and will provide ample competition for Kyle Walker. In addition, being four years younger than Walker means that the team already has a player to step in whenever the Englishman departs.

Another positive is Cancelo’s versatility. He usually plays as a right back, but he is also comfortable playing as a left back and on the wing. This versatility will be a huge asset for Pep Guardiola who doesn’t shy away from pushing his players into more than one position.

Cancelo represents an improvement in quality within a squad that is already bursting at the seams with talent.

Many transfer rumors surrounding Manchester United this summer has revolved around potential departures. Names like Romelu Lukaku and Paul Pogba, among others, have been talked about in the media, but there is new addition that has perhaps been overlooked.

Daniel James made the jump from the Championship with Swansea to the Premier League under the lights of Old Trafford for $19 million. The pacey winger recorded four goals and seven assists in England’s second division last season.

His form earned him caps with Wales, where he has already scored his first international goal.

The idea of a Welsh winger with speed has many hoping he will have soon show a growing resemblance to the impact Manchester United legend Ryan Giggs had at the club. Only time will tell how well the 21-year-old does for the Red Devils.

Everton’s impressive summer was headlined by the arrival of Kean, the 19-year-old striker from Juventus who could be the key to the Toffees breaking into the Top 4 this season.

The target of racist abuse during his time at Juventus, Kean arrives in England poised to realize his considerable potential, possessing the kind of power, finishing ability and skill to thrive in Everton’s revamped squad.

West Ham seem to always be linked to a new center forward, and this summer they’ve managed to sign Sébastian Haller from Eintracht Frankfurt. The Frenchman cost the Hammers up to €50 million, a price they hope will be paid back in goals.

The 25-year-old impressed last season, scoring 15 goals in the Bundesliga and racking up nine assists. His contribution served the club well as they finished in seventh place in the league and qualified for the semifinals of the Europa League.

Following the departure of Marko Arnautović, West Ham fans will hope Haller can reproduce a similar threat in the offensive third.

A theme seems to be emerging here as another Spanish midfielder makes the list. Pablo Fornals made the switch from La Liga to the EPL this summer, joining West Ham from Villarreal for fee believed to be round £24 million.

A player with plenty of creativity, Fornals will add some quality into the London side’s midfield.

The 23-year-old, like the aforementioned Ceballos, played a key role in Spain’s Euro U-21 victory. He scored twice and recorded an assist as Spain rose to the top.

Highly rated within Spain and with potential to grow, West Ham have themselves quite the player on their hands.

Wolverhampton Wanderers are at it again this summer after their vast array of impressive signings last year. Their biggest addition so far is Italian striker Patrick Cutrone who was purchased for $20 million.

Having emerged at A.C. Milan under the tutelage of Gennaro Gattuso, Cutrone became a shining light of hope for the struggling Rossoneri. He was very young, and still is, but hopes were that he could help usher the club back to where their fans believe they rightfully belong.

Unfortunately, as things tend to go for Milan these days, it didn’t pan out.

Now in the Premier League, Cutrone faces stiff competition to stake his claim to start. With striker Raúl Jiménez having performed the way he did last season, scoring 13 goals and providing seven assists in the league, it will be a tall order for the 21-year-old Italian to displace him.

However, with Wolves in the midst of Europa League qualification, there should be plenty of opportunity for Cutrone to prove himself.

Watford have made an incredible signing through the incoming Ismaila Sarr. The Senegalese winger has a pace that will undoubtably trouble many fullbacks this season.

Sarr was signed from Rennes for over £25 million, breaking their previous transfer fee record. Last season, he scored eight goals and recorded five assists in the Ligue 1 and an additional four goals and two assists in the Europa League. One of those goals came against Premier League opposition in Rennes’ historic 3-1 win over Arsenal in the UEL round of 16.

At this summer’s AFCON, Sarr started five games for Senegal as they made it all the way to the final.

The Senegalese is just 21 years old and has the potential to develop into a true star with his new club.

After years of a lack of expenditure, Newcastle United have been investing more into the squad of late. After breaking their transfer record in January on Miguel Almiron, the Magpies have gone and surpassed it with the signing of Brazilian forward Joelinton.

He was purchased from Hoffenheim for £40 million where he scored seven goals and registered five assists in the Bundesliga. The 22-year-old replaces Ayoze Perez and Salamon Rondon, whose loan deal wasn’t made permanent.

Newcastle fans will hope Joelinton will help make up for their departures, as both forwards scored a combined 23 goals in the league last season.