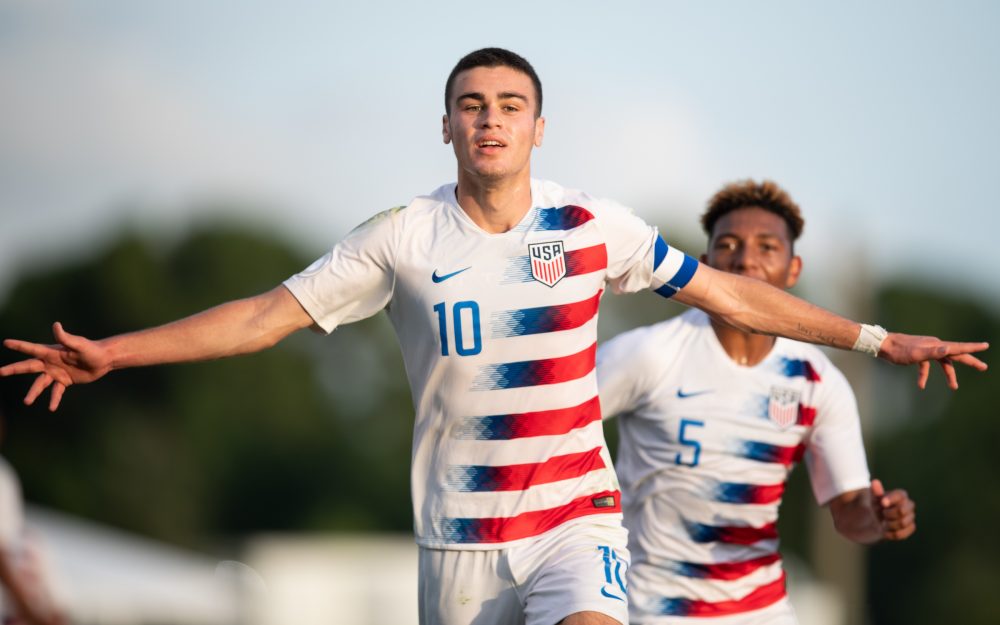 Raphael Wicky announced his 23-player roster for the tournament which runs from Sept. 5-9 in Assen. The U.S. will be joined by Mexico, the Netherlands, and Denmark which will serve as the team’s final official tournament before the 2019 FIFA U-17 World Cup in Brazil later this Fall.

Reyna, currently with Borussia Dortmund’s U-19 side, is one of many talented offensive weapons for Wicky to call upon. FC Dallas product Ricardo Pepi, Sounders’ forward Alfonso Ocampo-Chavez, and D.C. United’s Griffin Yow have also been called in.

Bello is one of five defenders with caps at this level, joining Kobe Hernandez, Adam Armour, and Tayvon Gray. Adam Saldana and Gilbert Fuentes are two experienced midfielders who headline the five that Wicky has included.

Following the tournament, the team will look ahead to the start of the FIFA U-17 World Cup. Group stage play for the U.S. begins on Oct. 27th against Senegal before matches against Japan (Oct. 30th) and Netherlands (Nov. 2nd) take place.