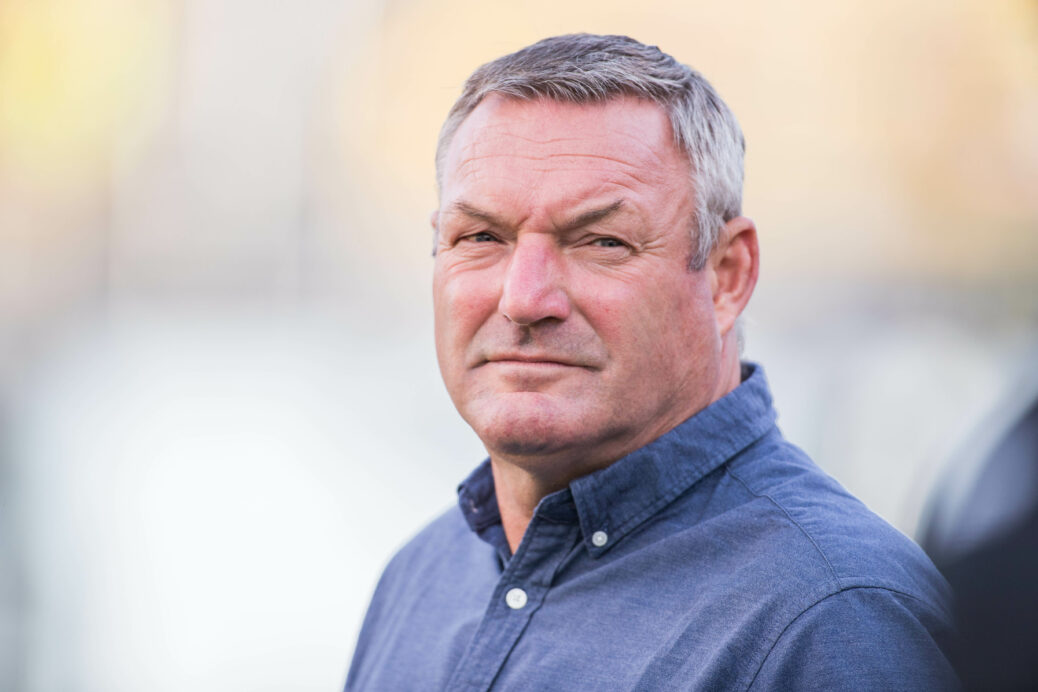 Generally, letting a two-goal advantage slip out of hand in a rivalry game isn’t going to leave a manager too happy.

However, with less than a week under his belt in charge of FC Cincinnati, 60-year-old Dutchman Ron Jans took leaving MAPFRE Stadium with a point to his name in stride after Saturday’s wild 2-2 meeting with the Columbus Crew.

The atmosphere was raucous for the first-ever MLS edition of the Hell is Real Derby, and for Jans, it was a high-stakes debut. With Cincy out of the playoff picture, the derby represented the biggest game of the season.

“Sometimes it felt a little bit like a home game. This was maybe the best crowd in Columbus this season, so we’re helping them a lot, our friends in Ohio.” Jans said, poking fun at his new rival.

On the field, he lead the team to its first point after it suffered four consecutive defeats. In its expansion season, Cincy has endured a handful of losing streaks and the draw feels more like a win, even after letting the lead slip.

“We got a result, and in the end, we were more lucky with the point than Columbus was,” Jans said.

“I don’t think we deserved the win, but I’m really happy with the point and we did deserve it because of the fighting spirit in the first 35 minutes. We deserved a point ourselves.”

Only six days had passed between Jans’ announcement and debut, and it certainly seemed that the club was benefitting from the clichéd new manager bump when it came out pressing and rewarded itself with a 2-0 lead in the 23rd minute.

Columbus got on the board at the end of the first half though, and things didn’t look the same for Cincy in the second 45 minutes, but the new manager is happy with how the scoring chances came together.

“We practiced some things. Pressing the goal kick, the high press, and I think the first 25 minutes went really well. We scored out of a set-piece we practiced and that’s one of the best things that could happen to you.”

“We couldn’t keep up the level for the whole 90 minutes. I knew beforehand that we’d have to do a lot of work.”

Tempered expectations will be in order as the club finds itself needing space to grow once again.

In addition to Jans’ accelerated integration, there was transfer window business to attend to in the days prior to the match as Cincy acquired Joe Gyau, Derrick Etienne, and Andrew Gutman and implemented each player right away.

Gyau and Etienne featured in the second half, and Gutman was in the starting XI, representing the only change from Cincy’s loss to Vancouver in its last outing.

Too, much of Jans’ week was spent getting acclimated with his veteran players.

“They make me happy. I like how they think about themselves, about the team,” Jans said.

“Really good ideas and that’s what I want because our game is not a game from the coaches, it’s our game, so the way we play, everyone’s involved and committed.”

With only nine matches left in FC Cincinnati’s inaugural campaign, some players will be working to state their claim for their new manager’s future plans, while he’s focused on tightening things up both on and off the field.

The draw with Columbus was a start and earned the team a dense point.

“This gives new energy to the team. For us, I think you can see in those nine matches that we (will) develop a way of playing. I think already Yoann [Damet] did a good job, but we want to improve even more.” Jans said.

“Improvement. Improvement of results, improvement of the way of playing, but for me most of all it’s when you are a part of this family, this team, this staff, this squad, you have to give everything every day and every second. Fight for every inch and do it together, that’s what I saw today.”

The teams are set to meet again in just 15 days as Columbus will visit Cincinnati on August 25 at Nippert Stadium.