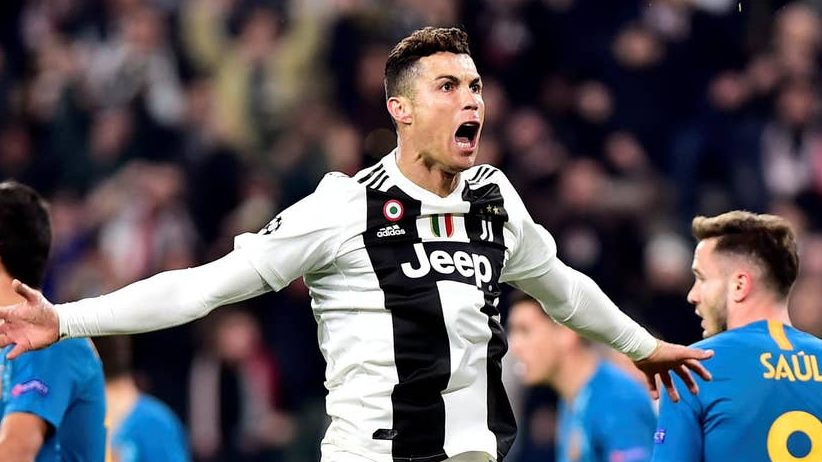 Juventus continued its dominance in Italy with another Scudetto in 2018-19, this time with Cristiano Ronaldo lifting his first trophy with his new club.

The Old Lady rolled through the competition to send Massimiliano Allegri off on a high note as Maurizio Sarri now comes in as manager. Even with Ronaldo and Co. returning for another go-around, the club added Matthijs de Ligt from Ajax to add one of Europe’s top young defenders.

Napoli, Inter Milan, and AS Roma will be the hunt to knock off the defending champs while also qualifying for the UEFA Champions League. AC Milan, Fiorentina, and Lazio are also teams to keep an eye on as they try to remain in European qualification.

Player to Watch: 28-year-old Duvan Zapata rolled off 26 goals last season in all competitions for Atalanta and is one of Serie A’s underrated options at forward.

Outlook: Atalanta cruised to third place in Serie A last season, but will find it tougher after several sides behind them bolstered their rosters this summer. Finishing with the third best road record in 2018-19, Atalanta will need more of the same if they want to finish third on even higher.

Player to Watch: Theo Hernandez’s arrival gives AC Milan a talented central defender who should be rearing to go after joining from Real Madrid.

Outlook: A youth movement is underway at the San Siro, with all of Milan’s top acquisitions being 23 or younger. New manager Marco Giampaolo arrives after having managed Sampdoria, and will attempt to lead the young squad into a Champions League berth, which won’t be easy.

Player to Watch: Riccardo Orsolini broke out for Bologna last season, scoring 10 goals and registering six assists in all competitions. The Italian will be expected to up those numbers this campaign.

Outlook: Bologna added several players this summer which should help them fight for a top ten finish. Orsalini will carry the bulk of the offensive numbers, but other players need to chip in if they want to reach their team goals at the end of the season.

Player to Watch: Alfredo Donnarumma led Serie B with 25 goals last season, but needs to translate some of that to the top-flight. If Brescia want to score goals, let Donnarumma have as many chances as he wants.

Outlook: All three promoted sides will find it tough, but expect Brescia to be the most ready to score goals. Led by last season’s top goalscorer, the club has attacking options to partner Donnarumma with which is a step higher than the likes of Lecce and Verona.

Player to Watch: He may be 30-years-old, but Leonardo Pavoletti rattled off 18 goals in 34 appearances last campaign. The veteran will need to be just as good if Cagliari want to avoid a fight at the bottom of the table.

Outlook: Cagliari finished three points clear of the bottom three, but luckily added several talented players this summer to hopefully make this season a safer bet at safety. Veteran experience in the final third is a bonus.

Player to Watch: Franck Ribery may be on the final days of his professional career, but would bring a needed spark to Fiorentina’s offense. The Frenchman’s experience and ability with the ball gives his new club a consistent threat in front of goal.

Outlook: Fiorentina dropped majorly last season, but have a new manager on board to hopefully help them get back to the top ten. Vincenzo Montella takes over for his second stint as manager and will try to get this side playing attacking-minded football once again.

Player to Watch: Andrea Favilli comes in from Juventus which gives Genoa a young option in attack. A highly-regarded striker, Favilli should be able to help Genoa after not cracking Juventus’ first-team.

Outlook: Aurelio Andreazzoli comes in as the new manager of Genoa, looking to have a better go at things than last season with relegated Empoli. Andreazzoli has a long track record of coaching in Italy which should give the Genoa players hope of getting tougher this time around.

Player to Watch: Ivan Perisic is in the latter stages of his career, but the Croatian can still produce when called upon. His numbers dropped a tad last season, but he is still one of Serie A’s more creative midfielders.

Outlook: Inter finished fourth last season, but with the roster they have should be doing better. Antonio Conte will try to restore some pride in this historic club after coming in from London club Chelsea. Perisic and Mauro Icardi are the headliners offensively.

Player to Watch: Cristiano Ronaldo made a splash in his first Serie A campaign, scoring 21 league goals and adding eight assists. The 34-year-old continued to produce on the biggest stage and will now try to lead the club to Champions League glory.

Outlook: Juventus have the best team on paper, but will find this season new as Maurizio Sarri replaces Massimiliano Allegri as manager. Sarri’s attacking style should help Ronaldo, Mario Mandzukic, and others thrive in front of goal as the Old Lady prepares to run away with another league title.

Player to Watch: Sergej Milinkovic-Savic is a hardworking midfielder for Lazio who isn’t afraid to get physical in possession. The 24-year-old will look to connect with striker Ciro Immobile on multiple occasions this season.

Outlook: Lazio finished eighth and will need some help in the final third if they want to get back to Europe. Immobile is the lead option at striker, but Joaquin Correa, Felipe Caicedo, and several others have to start putting goals into the back of the net.

Player to Watch: Andrea La Mantia led Lecce in goals in Serie B, but now will look to help them avoid relegation. The 28-year-old is good in hold up play and the team will need his physicality against some of the big guns of Serie A.

Player to Watch: Senegalese defender Kalidou Koulibaly is one of Serie A’s top centerbacks and his ability to carry Napoli’s backline will be important this season. Going up against some of Serie A’s top strikers and holding his own, there is a reason why numerous EPL sides were linked with Koulibaly.

Outlook: Napoli has the talent to win the Scudetto, but they have to limit mistakes throughout the long haul of the season. Carlo Ancelotti’s offense is stacked with Lorenzo Insigne, Jose Callejon, and Dries Mertens, which gives them a good chance of finishing high in the table.

Player to Watch: Gervinho is Parma’s best attacking threat after an 11-goal haul in 2018-19. The 32-year-old still can get after opposing defenders which Parma needs to do if they want to find goals.

Outlook: Parma has its sights on a top-12finish but will need to improve on their 18th-ranked road record from last season. Roberto D’Aversa continues as manager for the fourth season and will need the leadership of defenders Riccardo Gagloino and Simone Iacoponi to help them build from the back.

Player to Watch: Serbian veteran Aleksandar Kolarov had nine goals and three assists for Roma last season and continues to be a leader on and off the field for the club. Kolarov’s presence should help Roma get better as a defensive unit this season.

Outlook: Roma still have the likes of Edin Dzeko in attack, but will need to replace the likes of Stephan El Shaarawy on the wing. El Shaarawy scored 11 goals last campaign, which definitely helped keep the pressure of Dzeko to carry the offensive load himself.

Player to Watch: 26 goals in 37 league matches for Fabio Quagliarella last season helped Sampdoria finish in the top ten. Even at 36-years-old, Quagliarella has showed zero signs of stepping away from the game.

Outlook: Sampdoria finished ninth last season, but had 15 defeats which was the second most in the top ten. Captain Quagliarella and Manolo Gabbiadini will headline the attack, while Bartosz Bereszynski will be the leader of the defensive unit.

Player to Watch: 24-year-old Jeremy Toljan arrives on loan from Borussia Dortmund, looking to make an impact and earn minutes. After 12 appearances with Celtic on loan, Toljan should be able to adapt to this new challenge.

Outlook: Sassuolo made plenty of changes this summer which hopefully leads them into the top ten. After finishing 11th last season, Sassuolo will hope one of their attacking forwards can reach double digit goals this campaign after zero players did so in 2018-19.

Player to Watch: Andrea Petagna led the team with 17 goals last season and will look to do more of the same this campaign. For Spal, they may need to give Petagna some help but if he can replicate these numbers the club should have a good chance of staying up.

Outlook: Spal was one of the five worst sides at home last season, which caused them to put more pressure on themselves on the road. Luckily for them it worked out and leading goalscorer Andrea Petagna returned. After 17 goals scored, the 24-year-old may need some help to help loosen the load off his back this season.

Player to Watch: Andrea Belotti remains a top attacking option in Serie A and will only get better. The Italian international can play up top or on the wing for a side who finished strong last season.

Outlook: Torino just missed out on Europe, finishing three points behind sixth place Roma. Andrea Belotti remains one of Serie A’s top offensive threats, but the Italian needs some help if the club really wants to jump into the top six or beyond.

Player to Watch: Kevin Lasagna is Udinese’s best option in attack, but he will need to improve on his six goals in 36 league appearances from last season. If Udinese can’t score consistently, they will have a tough time staying up.

Outlook: Udinese finished away from the relegation fight, but their 39 goals scored was one of the fewest in Serie A last season. That number needs to be over 45 for them to really avoid any drama late in the season.

Player to Watch: Giampaolo Pazzini netted 13 goals in all competitions as Hellas Verona earned promotion. A veteran in Italy, Pazzini brings experience for the club in this division both on and off the field.

Outlook: Hellas Verona jumped back into the top flight and wasted no time in bringing in numerous players this summer. The club however will find it the toughest out of the promoted sides after barely making it back into Serie A via the playoffs.

Who’s your favorite to win Serie A this season? Can anyone knock off Cristiano Ronaldo and Juventus? Napoli, Roma, Inter Milan, who has the best chance to upset the champs?