Union hit back in East with trouncing of D.C. United 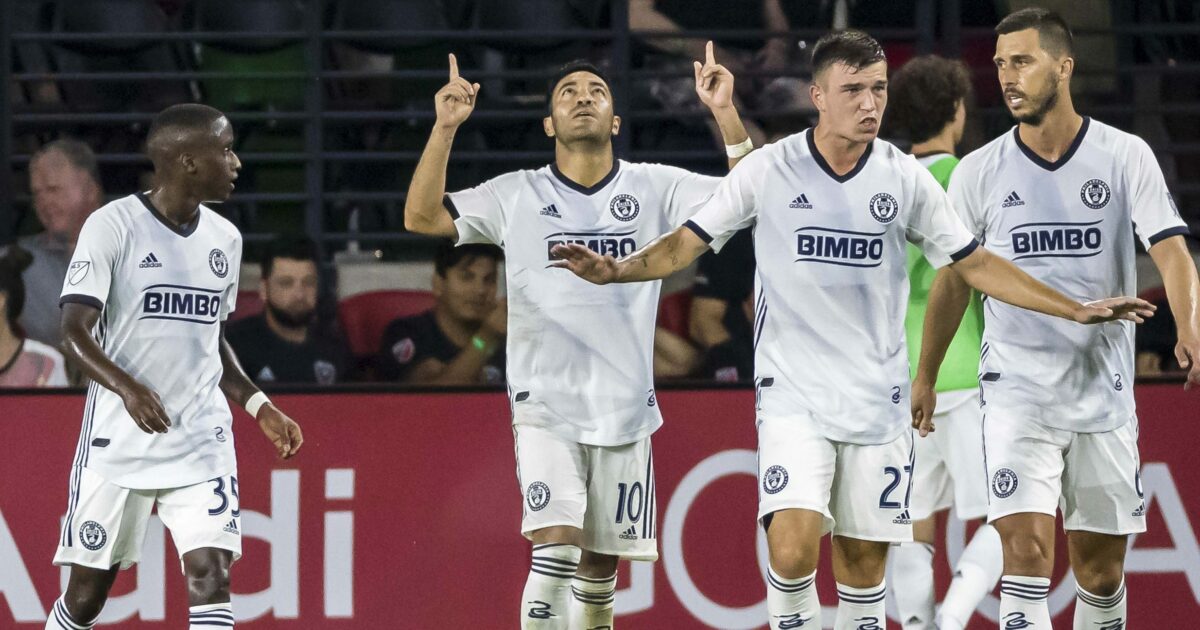 WASHINGTON — Like every team in Major League Soccer, the Philadelphia Union have had to deal with the critics on the outside. Despite those critics, Jim Curtin’s side continue to answer them with wins here and there but none as important a the one they picked up on Sunday.

The 5-1 beatdown of D.C. United at Audi Field not only extended a five-match league winning run against the Black and Red, it propelled the Union back into the top spot in the Eastern Conference. A day after defending champs Atlanta United leveled the Union on points, the visitors came out strong and never looked back.

“Obviously a big night, a big rivalry type game with D.C. A lot on the line. And again, incredibly proud of my group. It seems that every time a little bit of noise starts up from the outside, our group responds,” Curtin said. “And different guys step up. Tonight, with Collin, with Creavalle, with Andrew Wooten putting in good performances for us.”

“So, we’re a team in the true sense of the word, getting healthy at a good time. Overall, a very good performance from us. Obviously, the red card changes the game; we recognize that. Sometimes when you get opportunities in seasons, in particular on the road, you have to take advantage of them. I think 26 shots on the road is something that was impressive from the group. Couldn’t be more proud of the players and they deserve all the credit.”

The Union raced out to a 2-0 halftime lead and could’ve had even more. Alejandro Bedoya’s composed finish in the third minute sparked a dominant game for the Union, who also received a brace from Marco Fabian, and goals from Kacper Przybylko and Fafa Picault.

For 90 minutes, the Boys in Blue shredded D.C. United with their passing and composure on the ball. Despite some lineup changes, including Warren Creavalle, Andrew Wooten, and Aurelien Collin coming in, the Union looked like one of the top sides in the Eastern Conference, and did not fear D.C.’s pressing or counter-attacking abilities.

“We made three changes and you’re concerned because fitness wise, Collin, could he do it? Creavalle, could he do it? Wooten, how much would he have in his legs? But they played like men. Collin with a huge performance again here in D.C. He had the good one in the Open Cup, so we know how smart he is on the field and we just needed some stability back there,” Curtin said.

“[Creavalle] comes in and breaks up a ton of plays and actually gives us some offense as well. And [Wooten] really held the ball up, which on a hot night, when your striker can hold the ball up and let us move our line up a little bit and let us breath against the good D.C. team, that part worked out well for us. All three of those guys stepped up, I thought all the subs that came in did a good job and Picault getting a goal is big.”

The Union know they still have nine matches left to hold onto not only the top spot in the East, but also a playoff place. Atlanta United are on their tails, while D.C., NYCFC, and the New England Revolution are also teams who provide threats in the East.

For Curtin, this type of performance shows him what he has at his disposal come playoff time. Fabian had a three point night. Bedoya and Creavalle put in strong performances in midfield. Wooten added an assist, but his hold up play helped against a three center back group. Jamiro Monteiro and Fafa Picault returned off the bench which provides more depth for Curtin to choose from.

“Yeah, Atlanta, you know, the talent’s always there. So, I knew they would always turn it around, even if they had some complications or whatnot,” Bedoya said. “Regular season is coming to an end and there’s a lot of teams right there in the East. It’s tight in the East. So, this was a huge game. And D.C. was three games behind us, so this was a big game. We have a home game next game and we have to protect home field advantage. So yeah, hopefully we can keep it going.”

Up next for the Union is a home date with the struggling Houston Dynamo on Aug. 11th before a trip to face the Chicago Fire at SeetGeek Stadium. Both matches are winnable for the Union, but tougher tests come at the end of the month when a three-match homestand sees them pitted against D.C. United, LAFC, and Atlanta United.