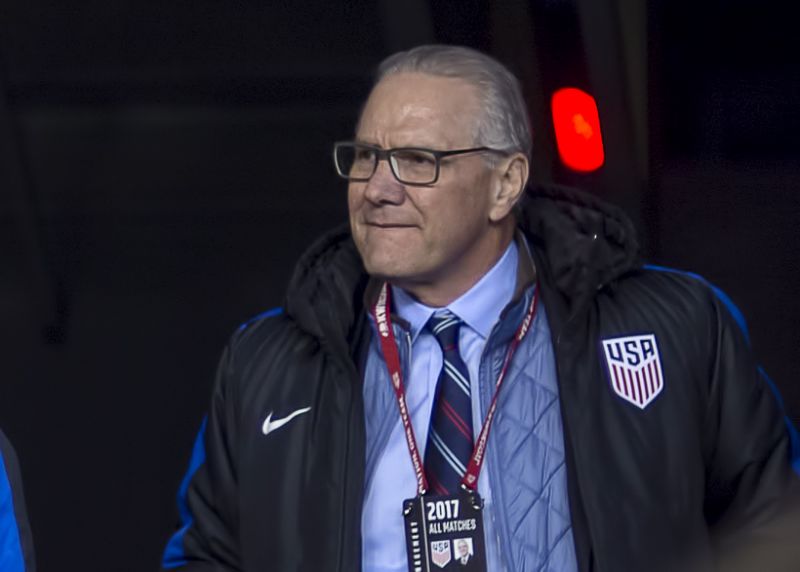 Dan Flynn will be officially leaving his post as U.S. Soccer CEO on Sept. 16th.

U.S. Soccer announced the news on Monday, which will see Flynn’s 19-year career with the federation come to an end. In addition, the U.S. Soccer Board of Directors has named Chief Stakeholder Officer Brian Remedi to the additional position as Chief Administrative Officer to ensure the smooth continuity of all Federation operations while the search for a new CEO moves forward.

Remedi has worked at the Federation for more than 13 years, including the last ten in a variety of senior executive roles.

“The honor of serving U.S. Soccer has been a privilege and experience of a lifetime, and none of what we’ve been able to accomplish over my time here would be possible if not for the people within our organization-past and present-who shared my belief and love for what the sport of soccer means and can do here in the United States,” Flynn said.

“I retire with immense appreciation and respect for everyone who played a role in my journey and now look forward to welcoming new leadership that will continue to advance the mission of U.S. Soccer at all levels of our game.”

Flynn was instrumental in driving the Federation’s growth and also led the development and construction of soccer facilities to help grow the game in the U.S. He also worked with former U.S. Soccer president Sunil Gulati to help create the innovative structure for the National Women’s Soccer League (NWSL).

“First, I’d like to thank Dan for his incredible commitment to U.S. Soccer for the past 20 years,” U.S Soccer President Carlos Cordeiro said. “His steadfast leadership has been invaluable and drove the sport to new heights. As I said at our AGM earlier this year, Dan can look back on his tenure knowing that our Federation and soccer in America is stronger than ever because of his dedicated service.”

“As our search for Dan’s successor continues, we are fortunate to have Brian Remedi willing to step in to ensure the smooth continuity of all Federation operations until we transition to a new and permanent leader. Brian is a long-tenured employee that brings a tremendous understanding of the organization and the people who serve it. I am confident he will bring a steady hand to the Federation as we transition to our next CEO.”

Remedi will officially begin his position as Chief Administrative Officer on Sept. 16.