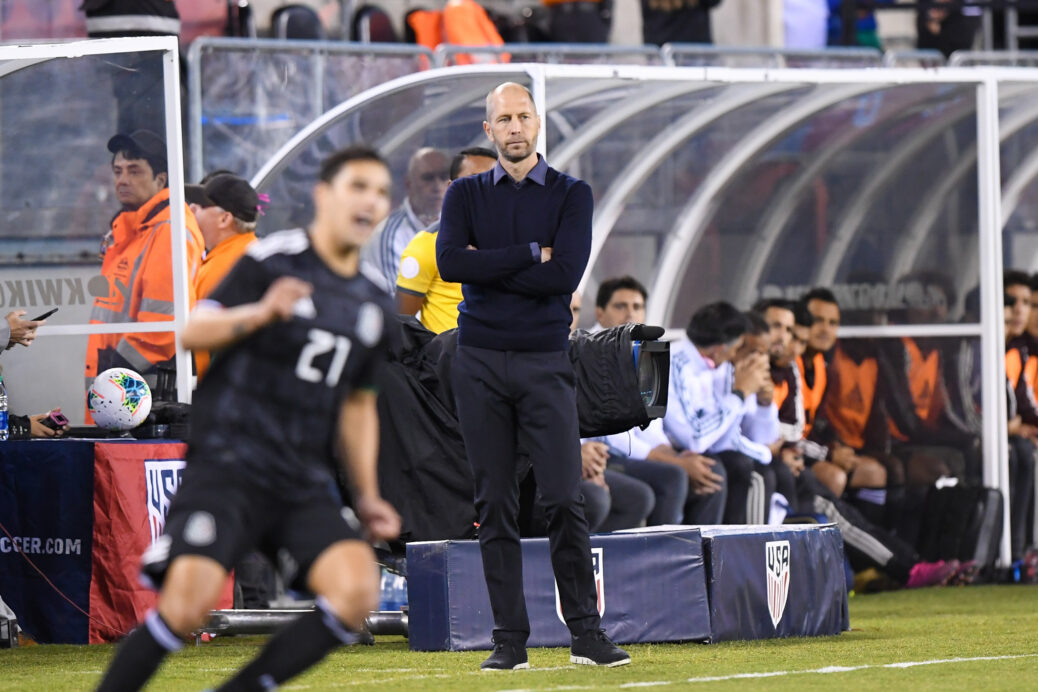 It is a sports cliche that has become more and more popular in recent years as head coaches try to manage fan expectations while trying to lay the building blocks for their teams.

It also essentially what Gregg Berhalter preached on Friday.

The U.S. Men’s National Team took a beating to the tune of 3-0 at the hands of arch-rival Mexico in a friendly on Friday night. The embarrassing defeat at MetLife Stadium not only gave the USMNT a second loss to Mexico in three months, but also raised plenty of questions about the direction the Americans are heading in and whether they have what it takes to play the build-from-the back, possession-based system that Berhalter craves.

Judging solely on the performance against Mexico, you might be utterly convinced that USMNT does not. Berhalter disagrees.

“By definition, a process takes time, so we know we have to be patient” said Berhalter. “For me to see the improvement from last game is important. I think that there was some really good soccer played in this game, there were some really good movements in this game to disorganize them and break them down.”

While Berhalter may have been encouraged by some of what he saw, there is still a lot of room for improvement by the USMNT with regards to building out of the back. On three occasions in the first half, the Americans turned the ball over in the defensive third and they nearly led to goals for Mexico. Eventually, that sloppiness and penchant for misplaying passes proved costly, with the Mexicans scoring their second goal in the 78th minute after another USMNT turnover in a dangerous spot.

Berhalter did not say exactly how long it would take when asked when the growing pains could possibly go away, the start of World Cup Qualifying is fast approaching for the USMNT. Time is not on its side.

“Honestly, it took a couple years,” said goalkeeper Zack Steffen about learning the Berhalter’s system while at the Columbus Crew. “I wasn’t with Gregg when he first went to Columbus but I know from talking to the guys who are in still in Columbus that had Gregg from the start, there’s still times where they feel uncomfortable and you really just have got to get out of that.”

Wil Trapp, who also previously played under Berhalter with the Crew, added: “I think you saw moments in the first year that were great but not until the second year did we really have the constant confidence to do it. I think the experience of failing helped immensely.”

The USMNT might admittedly need to work through the kinks, but it is unclear if there is sufficient time to do so. It is one thing to implement a system at the club level, where coaches get to work with the players on a daily basis and have many more games to fine-tune things and learn. It is entirely another to do so at the international level given that the group only gets together a few times a year and usually only for short periods.

In any case, Berhalter is staying the course with his plans to play the more attractive and proactive style of building out of the back. As such, his players will have to adapt to the best of their abilities in order to try and prevent repeat showings of the lackluster Friday performance.

“We’ll get there. It takes time to really come together and learn each other and know what that person is going to do on the ball.”‬

The process is well underway. The USMNT has worked all year on learning Berhalter’s desired style of play and attempting to avoid hitting hopeful long balls up the field as much as possible. Players are going to continue to try and make the necessary improvements that will allow the team to move the ball quickly and accurately from the back to the front, similar to how Mexico did on several plays on Friday.

Exactly how much time all that will take the Americans is one of the main lingering questions, however.

“At the end of the day, it’s a way of playing in which the learning curve is sharp and you get punished at times.” said Trapp. “It’s one of those where you could abandon ship, for sure, but as I saw when we were in Columbus, we had mistakes early on where eventually guys got more confident and they were able to now see the passes and be more comfortable on the ball and find the solutions better.”