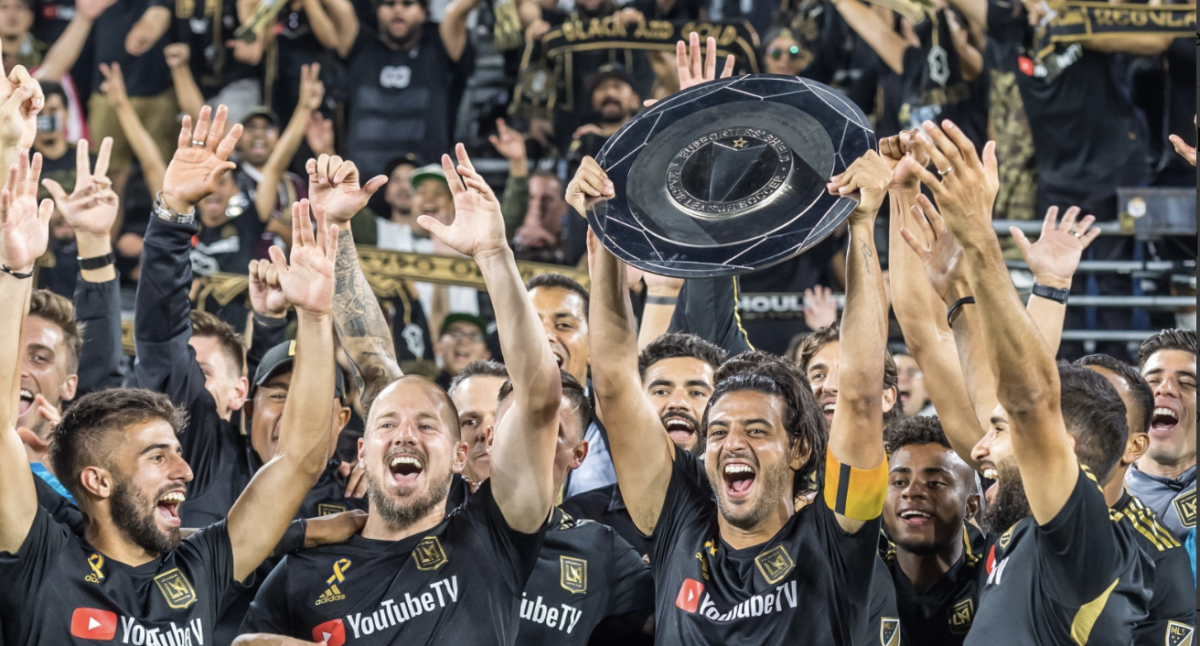 The Philadelphia Union prevented NYCFC from clinching first place with their dramatic comeback win against San Jose. Some VAR decisions went against the Earthquakes, who now find themselves outside the playoff places in the West.

History was made in the Western Conference, with Minnesota United booking its first trip to the playoffs. Hassani Dotson’s late winner secured the post-season berth for the third-year team.

Mitrita dribbled past Leandro Gonzalez Pirez before unleashing a shot from the top of the box in the 14th minute. Nine minutes later, Mitrita abused Gonzalez Pirez again, cutting past the Atlanta defender and hitting a low shot off the inside of the near post to make the score 2-0.

Mitrita’s third goal was his easiest, with Ismael Tajouri-Shradi running at Gonzalez Pirez and hitting a shot at Guzan that Guzan parried into the path of a wide-open Mitrita.

Pity Martinez converted a second-half penalty, but 3-1 was as close as Atlanta could get, with Heber netting an insurance goal in the 87th minute.

The Earthquakes could’ve used his energy in the second half, however, as the Union scored a pair of second-half goals to hand the Earthquakes their fourth-straight loss and, at the moment, knock them out of the playoff scene, dropping them just under the red line from sixth to eighth.

San Jose created a few chances on goal in the first half but was stopped by Union goalkeeper Andre Blake. They finally pulled through in the 35th minute when Jackson Yueill first-timed a shot off of a back pass from Danny Hoesen who was by the post.

VAR took away a second goal for San Jose to open the second half after Hoesen was determined offside on a would’ve-been goal by Magnus Erikkson in the 46th minute. Erikkson knocked in a ball that was deflected off of Blake on an initial shot by Yueill.

That non-goal would become a crucial missed opportunity for the Earthquakes.

Philadelphia pulled even in the 70th minute off of a goal by Alejandro Bedoya, then took the lead just sixth minutes later as Kacper Przybylko headed in a perfect cross from Jamiro Monteiro to put the Union up 2-1.

The Earthquakes thought they earned a penalty and a chance to pull even after the 80th minute as Aurelien Collin shoved out Andres Rios going for the ball in the box, however, VAR took away another potential Earthquakes’ goal, determining that Collin committed no penalty after all.

San Jose was unable to respond in the final 10 minutes, sealing their fate. They had a last-second shot go just wide of the net in stoppage time as Hoesen couldn’t fully connect on a cross from Shea Salinas.

Now, at 44 points, San Jose needs wins against Seattle on Sunday and at Portland the week after if they want a shot at a return to the playoffs.

The LA Galaxy secured their return to the playoffs by posting their third straight victory, posting a key win at Rio Tinto Stadium.

Christian Pavon raced onto a headed pass from Zlatan Ibrahimovic and beat Nedum Onuoha in the 50th minute. RSL struggled to put together dangerous chances in the second half, leaving the door open for the Galaxy to add an insurance goal in the 80th minute when Ibrahimovic converted a Pavon pass for his 27th goal of the season.

Onuoha pulled RSL back with an 89th-minute redirected shot, but RSL couldn’t find an equalizer, suffering their third loss in five matches.

The good news for RSL is that it closes out the season with matches against Houston and Vancouver, two teams out of the playoff race.

The Galaxy are in third place in the West after Wednesday’s win, and will look to try and catch second-place Minnesota United with wins against Vancouver and Houston in their final two regular-season matches.

Minnesota United are heading to the playoffs for the first time after a come from behind win over Sporting Kansas City.

The Loons didn’t look like they were going to seal their place in the postseason for much of the match. It took SKC all of six minutes to get on the board. Botond Barath scored his first goal of the season with a flying finish off a Johnny Russell cross.

The visitors continued to dominate much of the game after the early goal. Minnesota goalkeeper Vito Mannone was called to make several big saves, Gianluca Busio floated a first-time hit off the corner of the goal just after half time, and Kansas City looked to be in full control of the game from a possession standpoint.

Minnesota did carve out an equalizer off a set piece in the 70th minute when Ozzie Alonso headed home a Jan Fergus corner, but SKC weren’t done peppering Manonne’s goal with dangerous shots. None of those found the back of the net, however, which allowed Hassani Dotson to get a shot to deflect off Barath into the back of the net in the 90th minute for the winner.

Minnesota United are in the playoffs for the first time in their short MLS history and will host LAFC on Sunday, looking to clinch home field in the first round. SKC, on the other hand, are out of the playoffs after making it for the previous eight years and have their home finale on Sunday against the Portland Timbers.

Los Angeles FC snapped a five-match winless skid in time to lift the Supporters’ Shield at home, beating the Houston Dynamo to secure the best record in the MLS regular season.

Carlos Vela scored his 30th goal of the season in the 23rd minute when he converted a penalty kick drawn by Brian Rodriguez, who was fouled by Aljaz Struna.

A Tyler Miller own goal tied things up in the 28th minute when Mohamed El-Munir’s failed clearance attempt hit Miller and wound up in his own net.

The second half was all LAFC, with Diego Rossi giving the home side the lead in the 70th minute with a diving header to convert a deflected clearance off the crossbar.

Eduard Atuesta delivering a beautiful free kick in the 82nd minute to give LAFC the 3-1 lead and set off celebrations for the Supporters’ Shield triumph.

LAFC will now have home-field advantage throughout the playoffs.

The Timbers were three minutes of regulation away from an important victory to help boost their faltering playoff chances, but a late New England rally, and last-second penalty kick decision helped the Revolution escape Providence Park with a draw.

Carles Gil converted the penalty kick to give the Revs a draw and precious point as they moved closer to securing a place in the Eastern Conference playoffs.

New England is four points ahead of the Chicago Fire with two matches remaining, though those two matches are against New York City FC and Atlanta United.

The Timbers edged ahead of FC Dallas and the San Jose Earthquakes into sixth place in the Western Conference, and now face Sporting Kansas City before taking on San Jose in a match that could have a playoff berth riding on it.