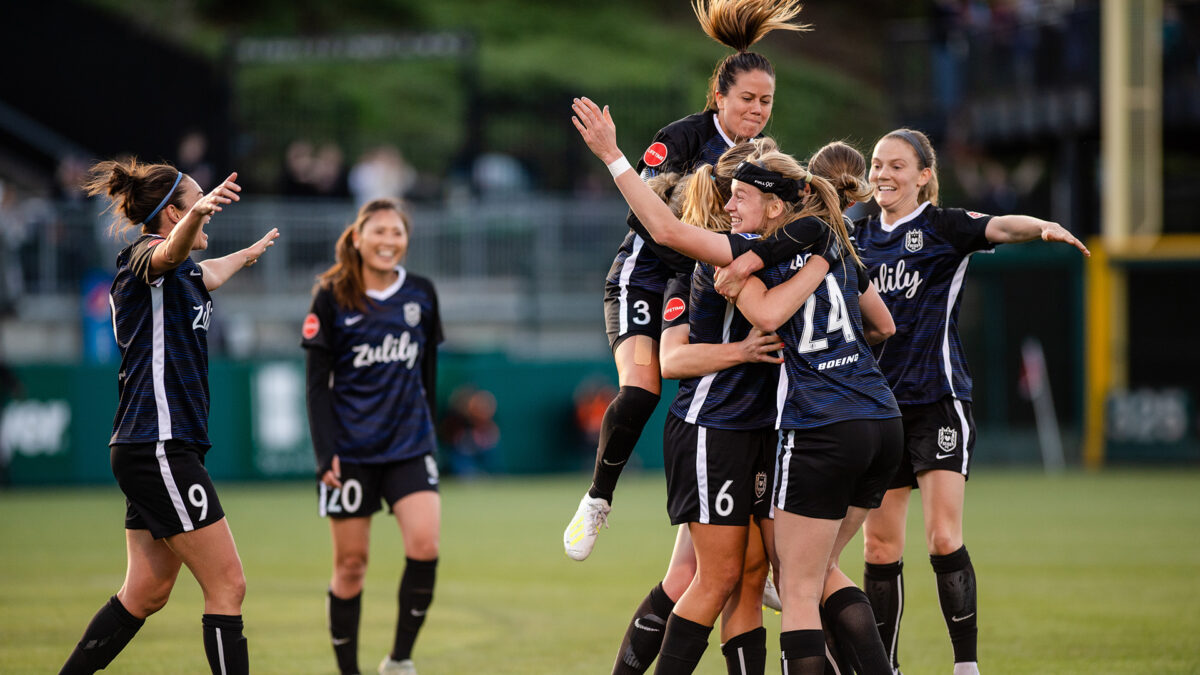 There were four NWSL offerings over the weekend as the 2019 campaign heads towards the end of the regular season.

The playoff bracket will now include Reign FC, which took care of business at home against the Portland Thorns, 2-0. In recent weeks, Reign had been battling with Utah Royals for the final position.

The Royals, on the other hand, missed an opportunity to keep its playoff hope alive with momentum on its side and on the road. After a late first-half equalizer, a late Red Stars goal ultimately decided Utah’s fate.

The Washington Spirit came into Saturday’s matchup against first-place North Carolina Courage needing a lot of help to possibly keep its playoff hopes alive. In that regard, things didn’t go Spirit’s way but they did have a strong showing at home against the supporter’s shield winners.

Just before halftime, Sprit’s Jessica McDonald crossed the ball in from the corner mark to tee up Lynn Willams for the opening goal, and the strike was good for the 50th of her NWSL career.

The Courage equalized towards the end of the second half when Mallory Pugh snuck a near-post rocket past Courage keeper Stephanie Labbe, but Rose Lavelle sealed the victory moments later with a far-post grounded shot.

Perhaps the most exciting team on the other side of the World Cup rake, Utah Royals, visited SeatGeek Stadium with a chance to control its own playoff destiny, but missed.

Red Stars got on the board first thanks to Vanessa DiBernardo’s clean up of a foiled set piece from distance in the 40th minute, but Christen Press smashed in a header less than two minutes later to leave things even at the half.

The teams battled back and forth until Yuki Nagasato effectively ended Utah’s season in the 85th minute by taking advantage of a deflection that took Royals goalkeeper Nicole Barnhart out of the play.

With their playoff ticket already stamped, the Portland Thorns gifted Reign FC with a rare goalless performance at Cheney Stadium in Tacoma. The win secured Reign as the fourth and final team to qualify for the NWSL playoffs.

The scoring started in the 27th minute when Jodi Taylor got the ball in the box and did a quick turn-and-shoot despite being surrounded by Portland number in the box.

Despite putting up 11 shots and earning nearly 50% possession, Portland couldn’t find an equalizer and rookie Bethany Balcer had the final say with a skillful strike from inside the box in the 81st minute.

With nothing on the line in regards to playoff implications, the bottom two teams in the table duked it out at Red Bull Arena.

Orlando Pride got on the board first in the aftermath of a set-piece after Ali Krieger set Shelina Zadorsky up in the box for her first goal of the season.

It took until the 88th minute, and it was none other than Carli Lloyd who saved a point for Sky Blue. She added to her team-leading tally with a strike from the center of the box after a failed clearance of a corner.