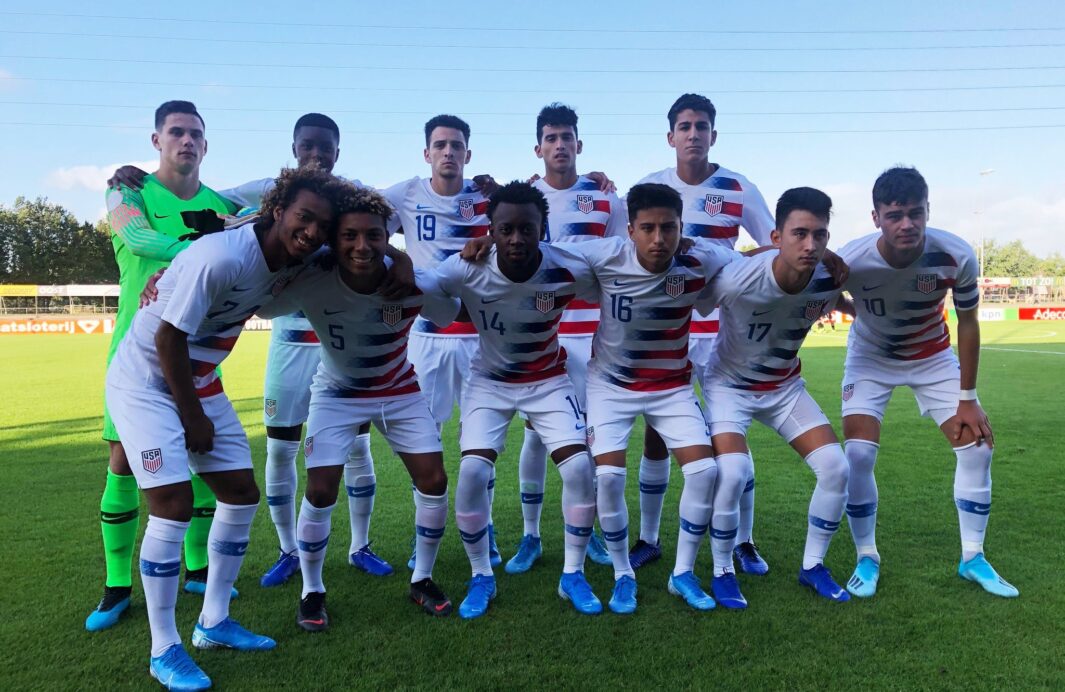 The U.S. Under-17 Men’s National Team picked up a win in its first match of the Four Nations Tournament.

Raphael Wicky’s side fought back to down Concacaf rivals Mexico 2-1 in the Netherlands on Thursday. Giovanni Reyna and Ricardo Pepi each scored to hand the U-17’s a positive start to the tournament.

After the sides were scoreless at halftime, it was El Tri who broke the deadlock. Bryan Gonzalez handed Mexico a 1-0 lead in the 56th minute, but the Americans would not lie down.

Following a U.S. corner kick, Reyna equalized in the 69th minute after being set up nicely by Alfonso Ocampo-Chavez.

With both teams seeking a late winner from Assen, it was Wicky’s team who made the most of their chances. FC Dallas forward Pepi was set up by substitute Ethan Dobbelaere and made no mistake as he scored the winning goal.

Damien Las earned the win in goal for the U.S., while George Bello, Gianluca Busio, and Adam Saldana all got the start.

Up next for the U-17’s is a date with the host Netherlands on Saturday, before finishing play against Denmark on Sept. 9th. This tournament is the final action for the U-17’s before this fall’s FIFA Under-17 World Cup in Brazil.