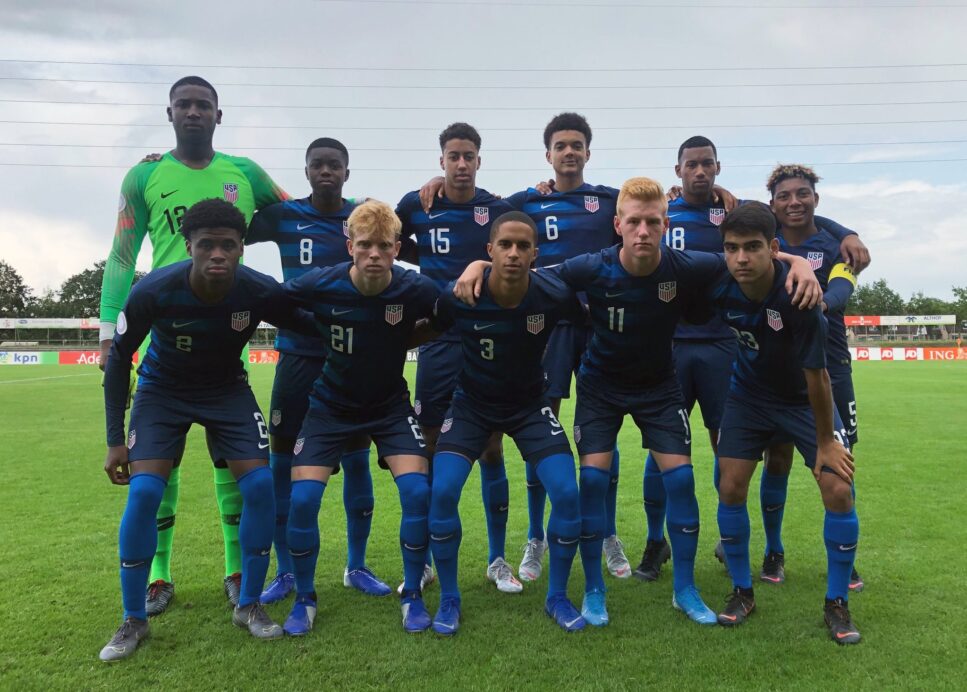 The U.S. Under-17 Men’s National Team made it two wins out of two at the Four Nations Tournament.

Raphael Wicky’s side had a much easier time on Matchday 2 of the tournament, defeating hosts Netherlands 3-1 on Saturday. Kobe Hernandez, Andres Jasson, and Gilbert Fuentes all scored goals in the triumph in Assen.

Jasson set up the U.S.’ opener in the 19th minute, winning a penalty kick. Hernandez stepped up and slotted in his first goal of the tournament for a 1-0 lead.

After holding off some good chances from the Dutch, the hosts would tie things up in the 71st minute to make it 1-1.

Alfonso Ocampo-Chavez made an impact for the second-consecutive match, setting up Jasson for a go-ahead goal in the 79th minute. A great run by the Sounders man allowed the midfielder to score his first goal.

San Jose Earthquakes product Gilbert Fuentes netted his first goal for the U-17’s to ice the win late in the second-half.

Vancouver Whitecaps loanee Chituru Odunze earned the win in goal, while Wicky made nine changes to the side that won on Thursday.

Up next for the U-17’s is a date with Denmark on Monday, with a win giving them the tournament trophy.