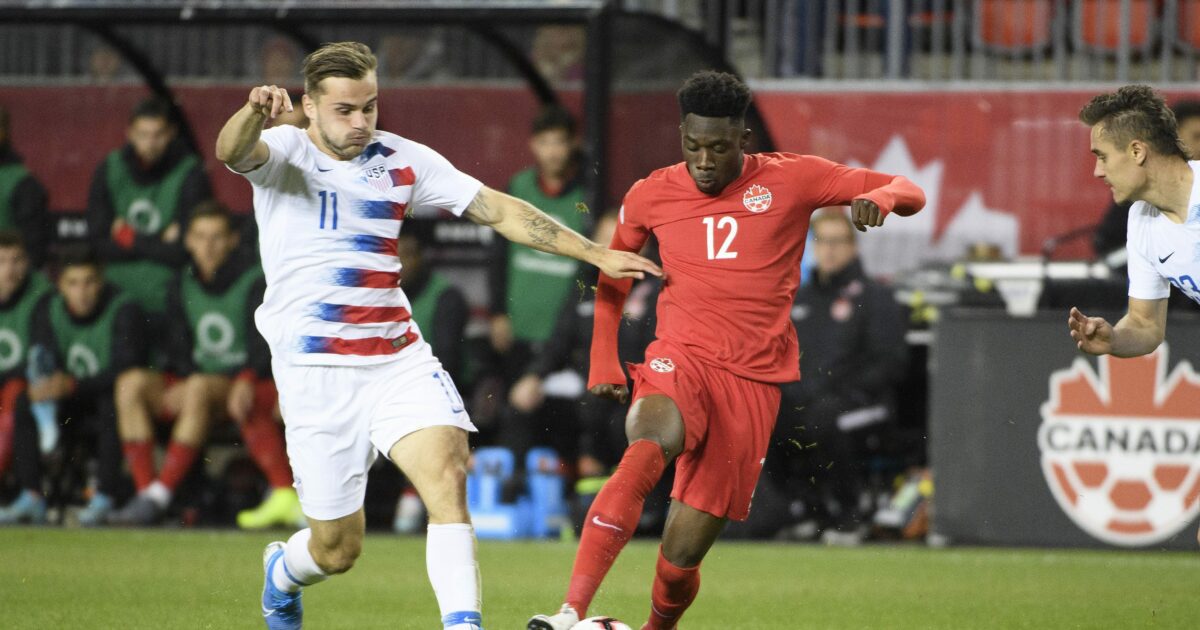 Alphonso Davies spent much of Tuesday night terrorizing the U.S. Men’s National Team’s defense, but it took him a while to find the goal to put away the Americans.

That goal came in the 63rd minute, when Davies redirected a Scott Arfield cross on goal that Zack Steffen was unable to keep out. Lucas Cavallini provided an insurance goal in the 90th minute to post a 2-0 victory over the USMNT in Concacaf Nations League action.

The victory, Canada’s first against the Americans since 1985, was a convincing one against a USMNT side that struggled to generate any sort of consistent attack, while also looking vulnerable defensively against Canada’s speedy attack.

The Canadians entered the match with more riding on the outcome, knowing a victory could provide a significant boost to their chances of qualifying for the Hexagonal round of Concacaf World Cup qualifying.

Conversely, the Americans entered with a chance to grab first place in their Nations League group, but played like a team with little sense of urgency, one that looked nothing like the team that dominated an overmatched Cuba team just four days earlier.

The tandem of Davies and Jonathan David gave the Americans fits all night, while the Canada midfield overcame the early loss of star midfielder Mark-Anthony Kaye, who was forced out of the match after just eight minutes with a hamstring injury.

Canada was nearly gifted an early goal in the 16th minute When a poor Cristian Roldan pass was intercepted, sparking a Canadian break that produced a dangerous shot by Jonathan David. Zack Steffen made an excellent save to deny David, who then missed just wide on a follow-up shot.

The Americans simply couldn’t generate much of an attack against a lively Canadian side that kept constant pressure on the USMNT with its speed and organized defending. Canadian midfielders Scott Arfield and Sam Piette outplayed the American playmakers across the board, while limiting the offensive chances for Gregg Berhalter’s side.

Christian Pulisic has the best chance for the USMNT after being set up by Jordan Morris, but could not beat Milan Borjan in goal. With the likes of an unhappy Pulisic off the pitch, Canada did not have to fear late in Toronto against the USMNT attack.

Cavallini came off the bench to smash home Canada’s insurance goal in stoppage time to ice the historic win for John Herdman’s bunch. With the win, Canada remain atop Group A with nine points, while the USMNT are second with three.

These sides will meet in November in Orlando, with the USMNT needing a win for any chance of winning the group.