Davies versus Yedlin and the other key matchups in USMNT-Canada 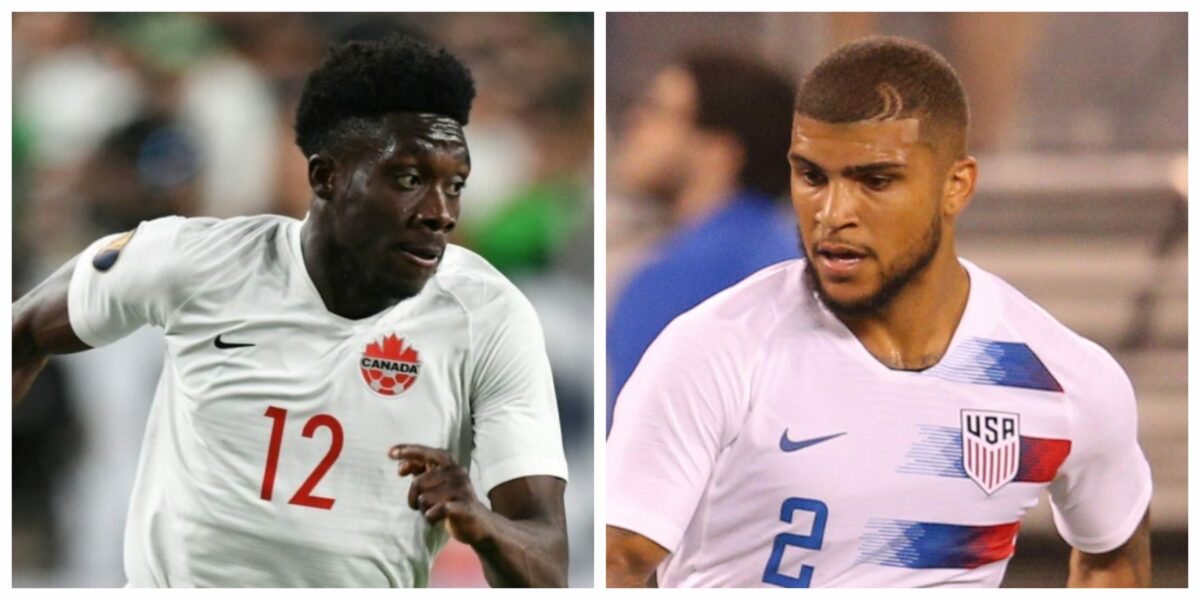 Though neither the U.S. Men’s National Team or Canadian National Team were giving away their starting lineups ahead of Tuesday night’s Nations League clash, it isn’t tough to figure out which stars will be on display, and which matchups will take center stage.

Here is a look at the key matchups to watch when the USMNT battles the CanMNT at BMO Field in Toronto:

The two speedsters have plenty in common.  Both are plying their trades in top European leagues after starting their careers as homegrown players for Cascadia MLS teams. They also both count their speed as their most dangerous asset.

Davies is the Canadian team’s most dangerous player, but he won’t find it easy going against Yedlin, who boasts plenty of experience and defensive quality, though he only has one full match under his belt since returning from groin surgery that sidelined him for five months.

Davies will look to test Yedlin and punish any rustiness, but the Bayern Munich winger could also look to shift over to the opposite wing, where an easier challenge could exist in the form of Daniel Lovitz.

This one should be fun to watch as two dynamic box-to-box midfielders attempt to impose themselves in the middle of the field. McKennie is coming off a hat-trick in a 45-minute masterpiece against Cuba, but Kaye has the quality to ensure McKennie isn’t allowed to run wild like that against Canada.

Kaye’s attacking qualities, and improved ability to deliver incisive passes, will make him a player McKennie has to keep tabs on too, and that defensive responsibility could help limit McKennie’s opportunities to join the attack.

As many headlines as Davies generates, it is David who is actually the most in-form Canadian player at the moment, scoring goals in bunches for KAA Gent.

Canada coach John Herdman has a variety of options on how to deploy David, and if he winds up setting him up as a second striker/attacking midfielder, then that will put some defensive pressure on Michael Bradley to contend with the American-born Canadian attacker.

If Herdman deploys David as a lone striker, that will put the onus on Aaron Long to try and deal with David’s mobility. Bradley could also find himself matched up against club teammate Jonathan Osorio.

The Canadians have some other possible options at left back, but given how well Morris is playing, and the speed he possesses, it’s a safe bet Canada coach John Herdman turns to Adekugbe to try and contain the Seattle Sounders winger.

Adekugbe isn’t a stranger to Morris, having faced him during his time with the Vancouver Whitecaps. Adekugbe has the speed to keep pace with Morris, but he also has the attacking qualities to make Morris put in defensive work, something he didn’t have to worry about against Cuba.

This one might seem like a serious mismatch, but Laryea has been one of the real surprises of 2019 for the Canadian team, and within MLS. Originally an attacking midfielder in college, Laryea struggled to make his mark with Orlando City, but found a home at right back after joining Toronto FC.

Laryea has developed into a solid fullback, and he has the athleticism to keep up with Pulisic’s quickness. That being said, Pulisic is so relentless, skillful and versatile, that he could wind up abusing Laryea if the USMNT can isolate that match-up.

Which of the above match-ups are you most looking forward to watching? Which of the aforementioned players do you see making the biggest impact on Tuesday night?