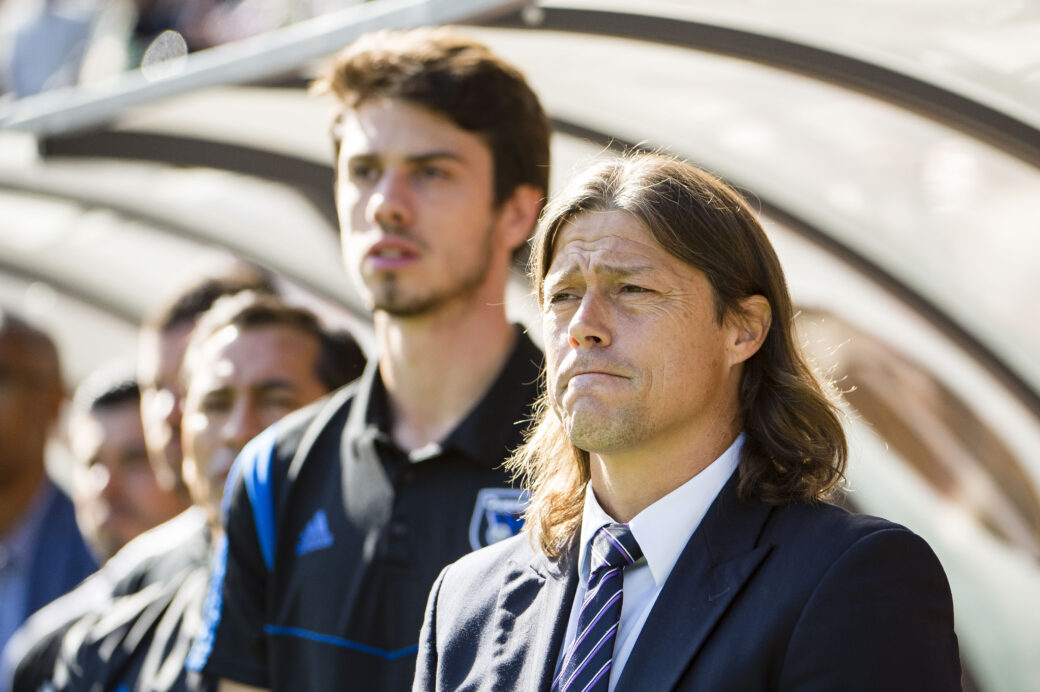 The 2019 San Jose Earthquakes made major strides following the worst season in franchise history just a year ago.

In a season with a new coach, a brand new man-marking system, and a new culture to go with it, the Earthquakes weren’t supposed to be able to even sniff the playoffs. But after a nightmarish start to the season, San Jose rebounded strong, led by first-year head coach Matias Almeyda, and made believers out of almost everyone in and around the club, media members and the rest of the league alike. They lost just three matches from April through July, skyrocketing them as high as second in the Western Conference behind Supporters’ Shield winner LAFC.

And then San Jose crashed back down to Earth, losing nine of their last 11 matches while ending the year on a six-match losing streak that effectively threw them out of the playoffs. All they had to do in those final six matches waw at the very least win one or two of them to secure their once-improbable return to the playoffs for the first time since 2017 and just the second time since 2012.

Maybe Almeyda’s system paired with cross-country travel–two of the final six losses were at NYCFC and at Atlanta in consecutive weeks–finally wore his players out. Or maybe other teams figured out the Earthquakes toward the end of the season when it mattered most, as the Earthquakes continuously choked away their playoff push.

As disappointing as Sunday’s 3-1 loss at the Portland Timbers was to end the season, especially for the Earthquakes fans who showed up at Avaya Stadium for the club’s watch party, what’s even more disappointing, and even frightening for the Quakes, is the current rumor of Almeyda potentially leaving the club after just one year for CF Monterrey of Liga MX, as reported earlier in the week.

Reports out of Mexico have suggested that Almeyda is the top candidate to replace Diego Alonso, who the Rayados dismissed after a poor start to the Liga MX Clausura campaign. Monterrey is currently out of the playoff picture in Liga MX and will soon travel to Qatar for the FIFA Club World Cup in December.

Almeyda said earlier in the week that his potential move back to Liga MX will be talked about with the Earthquakes after the season ends.

“I always try to finish the season,” Almeyda said on Wednesday. “Once I finish it, I’ll sit down with [the Quakes’ directors] and we’ll talk and look over different topics. But with peace of mind, it will be done after our participation in this season ends.”

On Thursday, the Earthquakes responded to the rumors by stating that no contact has been made between the Quakes and CF Monterrey and that Almeyda’s contract doesn’t have a release clause that would allow such a move to begin with.

“I really enjoyed it,” he said. “I like the different propositions by the coaching staff. This league is growing fast and it’s filled with great players. It taught me a valuable lesson about life and sports and I feel that I got a year back in my life.”

The immediate future of the San Jose Earthquakes hangs on whether or not Almeyda does stay in San Jose. His departure would likely mean the departure as well of the refreshed, confident and family-based culture that he installed with the club, along with his man-marking tactics which took the team a little over a month to finally get, putting the Earthquakes in yet another reset, the second in as many years. Almeyda’s rumored departure could actually set the Earthquakes back further than after Mikael Stahre’s failed coaching tenure in 2018 that led to Almeyda’s then-surprising hire.

San Jose also has several roster-based questions entering the winter. Cristian Espinoza, the team’s offensive MVP with 12 assists and a pair of goals in 29 matches this season, has his loan from Spain’s Villareal CF expire at the end of the year. Vako’s contract expires at the end of the year as well, along with several other of the team’s key players from this season, including long-time captain and forward Chris Wondolowski, who set the all-time MLS career goals record back in May.

The 36-year-old Wondolowski is also contemplating retirement as the year ends, as he spoke about several things after Sunday’s loss.

“I can’t thank Matias [Almeyda] and his staff enough for reigniting the love and passion for this game for me,” Wondolowski said Sunday. “Last year took a lot out of me both mentally and physically. I was pretty sure that this was going to be the last one coming into the season. That being said, I had a lot of fun. I was thinking it was going to be, ‘Oh this is a job. I’m done now,’ but I do love it. Like I said, I’m going to talk to the family, talk to the wife, and see where to go from here.”

The Earthquakes started terribly, rose from the dead through the spring and summer, and crashed right back into their own grave in 2019. They just about tripled their win total from a year ago from four to 13 and came within four points of the seventh and last playoff seed in the West.

“I think that it’s always disappointing not making the playoffs, it’s always your final goal and something that you want, but at the same time I felt that we built a foundation where we’re not bailing out water anymore,” Wondolowski added. “We finally have a secure foundation, know what to do, know our identity and can really build on that and go forward. Two years ago, we made the playoffs, but didn’t quite have this foundation. On that side, it is a good silver lining. I’ll probably be more excited about it next week rather than right now.”

They have a lot they can build on entering 2020, and the winter transfer window is certain to play a role pushing the club forward. However, that all depends simply on whether or not Matias Almeyda remains in San Jose as the club’s head coach.