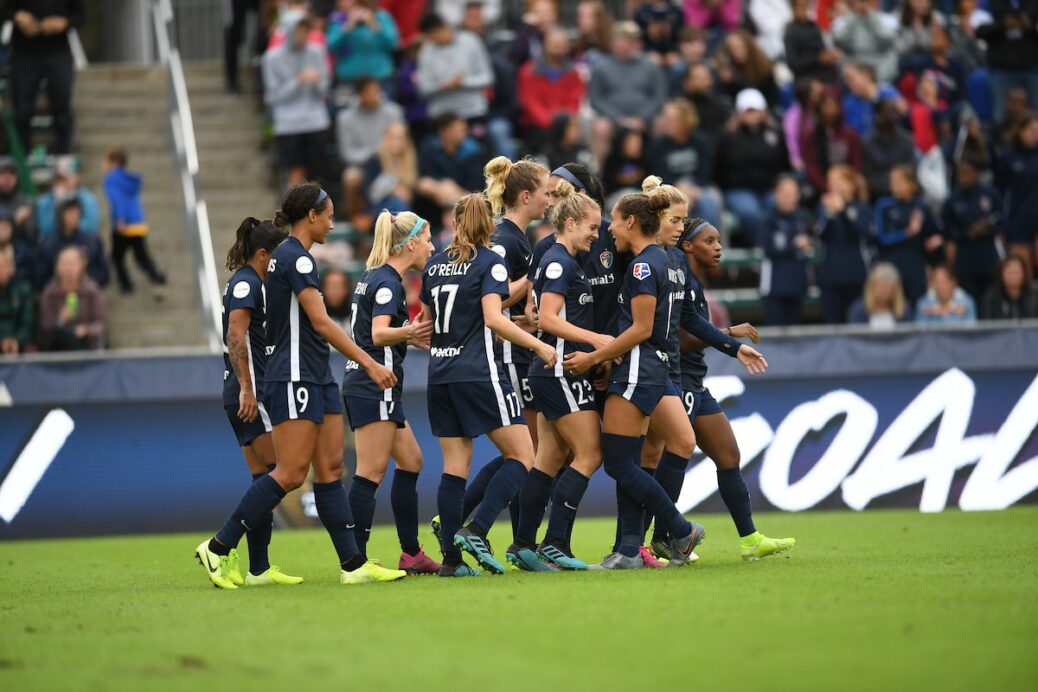 The National Women’s Soccer League playoffs opened on Sunday, and the stage is now set for next week’s finals in Cary, North Carolina. Hosts North Carolina Courage will enjoy home-field advantage against the Chicago Red Stars after wins on Sunday.

In Cary, the Courage had to sweat out a long nil-nil stalemate with Reign FC before a late goal and equalizer prompted an explosive extra time performance to put them over.

As for Chicago, the dangerous combination of Yuki Nagasato and Samantha Kerr gave the Red Stars an early lead that they’d go on to defend on home turf against Portland Thorns.

The scoring started late in the first of Sunday’s two matches at Salhen’s Stadium. After 87 minutes of stalemate play, the Courage and Reign managed to swap goals by the time stoppage time concluded.

Courage fans thought it was over in when Reign defender Lauren Barnes got called for a handball in the 87th minute, an opportunity that teed up a successful Heather O’Reilly penalty kick.

However, at the death of three minutes of added time, Reign’s Celia Jiménez crossed a ball in for Ifeoma Onumonu who finished the chance from a tight angle and poked it past Courage keeper Stephanie Labbe to even things up.

The separation happened in extra time, where Reign melted down.

On a set-piece from just outside the box, Debhina looped a shot in over the Reign line and past keeper Casey Murphy. Minutes later, defender Lauren Barnes would commit an own goal after an errant clearance attempt, and Courage’s Crystal Dunn would ultimately have the final say when she drew Murphy off her and punished her by sinking a shot into the wide-open net.

It only took one early goal for the home team to take the spoils at SeatGeek Stadium.

The league’s regular-season leading scorer Samantha Kerr was clinical on the break in the eighth minute after Yuki Nagasato placed a ball perfectly at her feet just outside the box. With a quick, grounded right-footed strike, she beat Thorns’ keeper Adrianna Franch, who was retreating and almost out of the equation.

The Red Stars nearly doubled in the 80th minute when Vanessa DiBernardo took a powerful strike from the top of the box, but Franch stood sturdy this time with a diving effort.

Despite equaling Chicago’s shot total of 11, Portland only mustered two attempts on target and will be sent home without making it to the finals for the first time in three seasons.