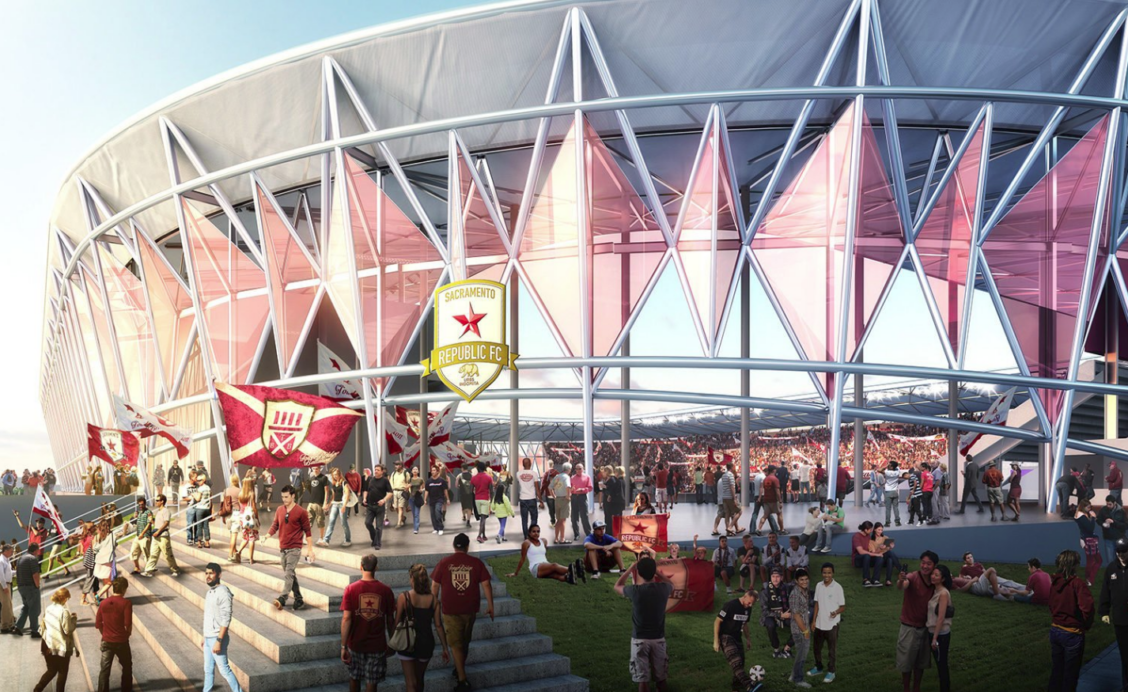 Major League Soccer is coming to Sacramento after numerous years of trying.

The league announced in a press release Monday that Sacramento Republic FC will become the an expansion side, beginning in 2022. The club will build a new, $300 million, 20,100-seat soccer stadium in the downtown Railyards District.

Sacramento’s lead investor is Ron Burkle, who is a technology, retail and hospitality entrepreneur, movie produce, and also the owner of the NHL’s Pittsburgh Penguins. Joining Burkle in the investment group is Matt Alvarez, an entertainment executive and produce, and current Sacramento Kings investor Kevin Nagle.

“Sacramento’s selection by Major League Soccer for an expansion team is a victory to be celebrated by everyone in our community,” Burkle said. “This has been a true team effort between the amazing soccer fans of the Sacramento region along with Mayor Steinberg and City Council, our partners and corporate leaders.”

“We are proud to be part of the team that Kevin Nagle put together, which is made even stronger by an incredibly committed local ownership group. The relationship between Sacramento and our club already is a special one, and I’m committed to deepening that connection for years to come.”

The Republic joined the United Soccer League (USL) in 2014, winning the league title in its first year of existence. In 2017, the club received commitments for more than 10,000 season tickets for the proposed MLS team and will become the 29th MLS side once it begins play.

“Major League Soccer continues to grow throughout North America and we are so proud to welcome Sacramento as our newest team,” MLS Commissioner Don Garber said in a statement. “For many years, soccer fans in Sacramento have passionately supported Republic FC and shown that the club deserves to be competing at the highest level. Thanks to the determined efforts and commitment of new owners Ron Burkle and Matt Alvarez along with the leadership of Mayor Darren Steinberg, Sacramento will join MLS with a world-class soccer stadium that will transform the sport in California’s capital.”

Sacramento will now have a trio of professional sports teams, including the NBA’s Sacramento Kings and Sacramento River Cats, a Triple-AAA baseball team.