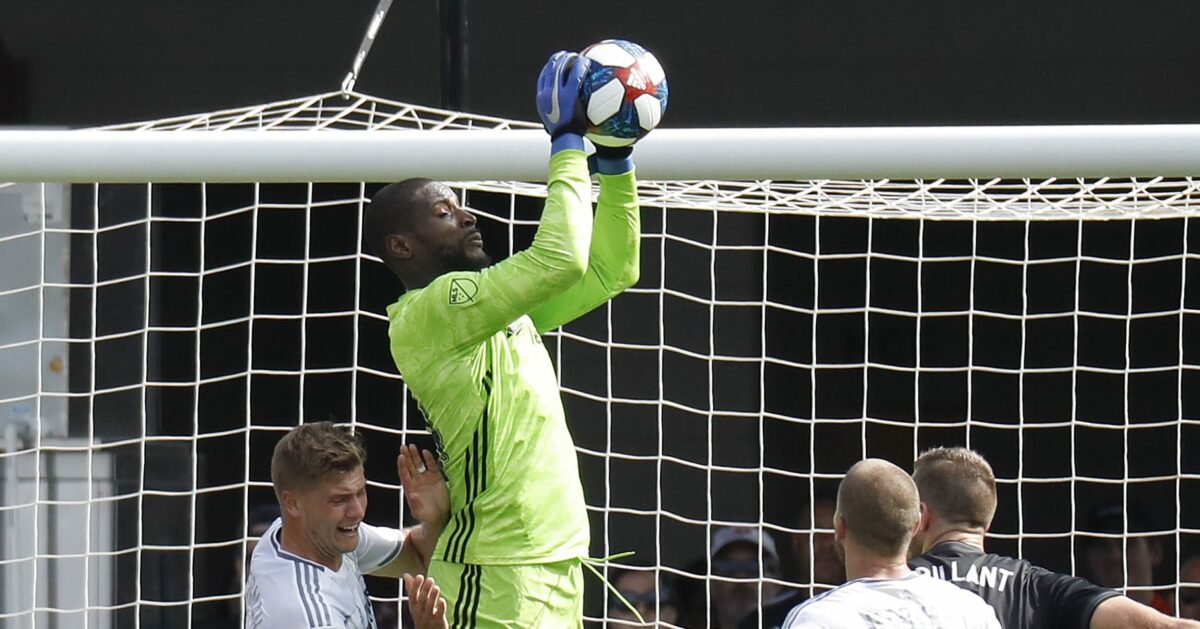 It’s difficult to say if D.C. United would be in the postseason without Bill Hamid between the sticks. The veteran goalkeeper made 129 saves in the regular season, good for fourth in MLS, including 69 saves from shots within the penalty area, more than any Eastern Conference goalkeeper.

Overall, Hamid saved a league best 75% of the shots on target he faced and had 14 shutouts, which played a large part in him winning SBI’s Goalkeeper of the year award.

D.C. United struggled defensively at times this season, allowing 17 shots per game throughout the regular season. Despite that flurry of shots, D.C finished with the second best defensive record in the league with only 38 goals conceded. Hamid was a big reason why they allowed so few goals, posting a league leading 1.12 goals against average in 33 starts.

Hamid has been a mainstay in goal for D.C. since he broke into the league in 2010. He became the full time keeper in 2011 and only started less than 24 games once since then. He played three games for FC Midtjylland in Denmark in 2018 before returning to the nation’s capital on a year and a half long loan last August. He has made six appearances for the U.S. Men’s National Team since debuting in 2012 and has kept three clean sheets.

Here is a rundown of the other candidates for the SBI MLS Goalkeeper of the Year Award, as chosen by SBI Editorial Staff:

It’s hard to take the top spot in a conference without a solid backstop, and that’s exactly what New York City FC have in Sean Johnson. Johnson has been NYCFC’s first choice keeper since 2017 and had his strongest season yet at Yankee Stadium. He allowed only 36 goals in 29 starts behind a fairly solid defensive line. He also had two penalty saves for the team with the second best defensive record in the Eastern Conference.

Andre Blake has become synonymous with the Philadelphia Union since becoming the starter in 2016. This year, he started 26 games for a revitalized Union team that finished third in the Eastern Conference. He made 59 saves while keeping three clean sheets.

Mannone joined Minnesota United on a one year loan from Reading in the English second tier and promptly became one of the top goalkeepers in MLS and helped lead the Loons to their first ever playoff berth. The Italian had 11 shutouts while making a total of 129 saves, second most in the league. Mannone is one of only seven MLS players, four of them goalkeepers, to play all 3,060 minutes of their respective team’s regular season this year.

Turner is in his second year as New England’s starting goalkeeper and he helped the Revs squeeze into the playoffs despite facing the second most shots per game in MLS. He saved 75% of the shots he faced, which had him level with Hamid for the league lead. He only made 20 starts this season, but his team only lost four of those games, which played a big role into the Revs getting into the playoffs.